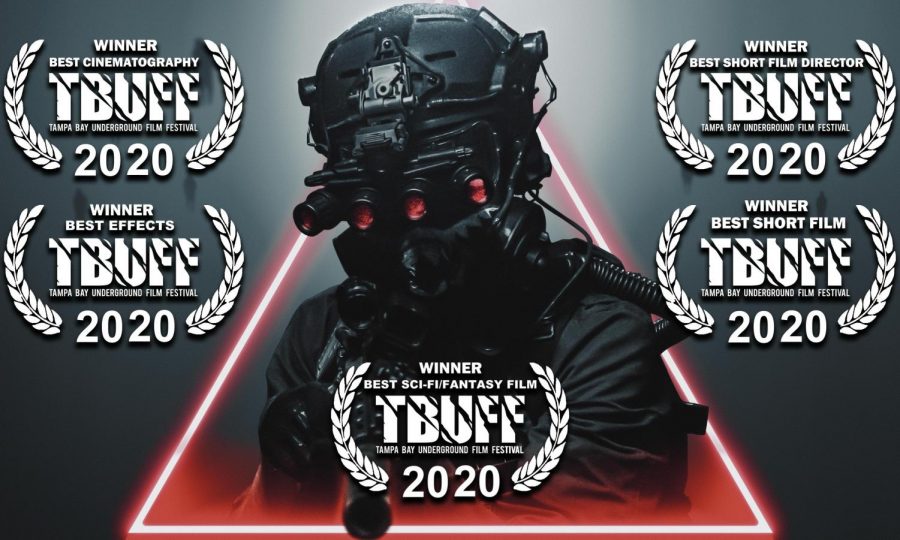 The core of the SCP franchise is built on the unknown: the films are created from the viewpoint of a cold, efficient NGO. As such, something like Bigfoot would be called “SCP-1000, a nocturnal, omnivorous ape, classified in the Hominini branch along with genera Pan and Homo.” instead of “Bigfoot, a monstrous ape-like creature, towering over the humans at its feet as it reigned over the night.” Much of the horror elements in “SCP: Overlord” come from these cold descriptions, and your mind fills in the rest.

“SCP: Overlord” is one of a few fan-made films based on the ethos of the titular SCP Foundation: a horror-based, community-driven hub based on writing “SCPs”, objects deemed anomalous and dangerous to public consensus of normalcy.

“Overlord” follows members of two Mobile Task Forces, investigating the disappearances of several people related to an esoteric cult based in a rural farmhouse. Their objective is to retrieve data, clear the area, then pull out to let the heavy-duty task forces to take over. However, they soon discover an anomaly that they are not equipped to handle.

The cinematography is excellent. The camera is always where it needs to be, always moving like a buttered-up snail that provides a measure of the calm, composed, professional nature of the task force members. The long-takes add to this smooth sense of professionalism, as well as adding tension by feeling as if anything could happen, and you are right along with the task force members. The lighting, through both natural overcast skies and forced darkness, adds a feeling of uneasiness; everything is too bright. Something is off. Additionally, “Overlord” makes use of negative space to give a feeling that there is something in the air that we aren’t seeing: the camera often lingers on empty hallways a tad too long, or on an empty doorway even if it seems like nothing is there. It reinforces the anomalous nature of whatever the task force is up against, it builds up fear and suspicion of what isn’t there.

The soundtrack is also great, if a bit Zimmer-esque. Much of the time it consists of ambient sounds and feels passive to let the viewer take in the impressive shot composition. Oftentimes it only uses one or two notes, a high note and a low note, taking advantage of the psychology that high tones are “small” or “harmless,” and low tones “heavy” or “large,” and therefore “threatening.” It’s a time-old horror technique, to confuse the brain into feeling anxious.

Importantly, the characters are believable. In the film, they are well-trained, highly effective professionals brought in by an extremely powerful Non-Governmental Organization to take on threats that go against the laws of physics, and they behave as such. They show fear in their voices and facial expressions, but they execute their objectives in a professional and calm manner. They don’t stumble over themselves, are uniform in their actions, are always alert, and are effective and efficient. In a Hollywood that very rarely prioritizes realistic military operations, “Overlord” is a breath of fresh air. Even mission control is calm, quick, and cooperative. They weigh the mission’s importance with the costs the task force may take on, and advise them to pull out when the task force believes they come across something too much for them to handle.

As is probably obvious, the entire cast of “Overlord” is either ex-military or heavily trained. Their attire is appropriate for their role, military lingo spot-on, and communications entirely accurate. Having several veterans on-hand and an extremely well-versed military advisor tends to help.

However, I do have a few very minor nitpicks. Most of my problems come with the execution of the script, as most of the actors are volunteers and selected for their experience in weapons and armaments. Some of the banter feels a tiny bit contrived, but it picks up later in the film. Some people argue that the dialogue serves only as a vessel to appease the airsoft fanboys, but it’s part of the concept. Additionally, some of the film seems unfinished. I think it’d have worked better if more of the task force stationed outside was disappearing throughout the movie. Of course, you can guess what happens, but having more mystery on the outside would have significantly increased the efficacy of the final reveal.

All things considered, “Overlord” is a miracle of a short film. It has to sell the naturally difficult concept of Lovecraftian horror in a clean, artful manner on a budget that would last 60% of a year at Lakeside. And it has to deal with the execution of SCP in general.

I left the film feeling that I wanted to see more. I wanted to see more of the aftermath, and the anomaly in question, and what the characters would do to deal with the said anomaly. But that’s not a bad thing: the beauty of SCP isn’t that it paints a picture for you, it’s that it gives you the tools to do so and you piece it together yourself. I think this film, more than almost any other fan film, does that part of SCP justice.