The E-Empire Strikes Back: Gaming and Esports in the Pandemic Age 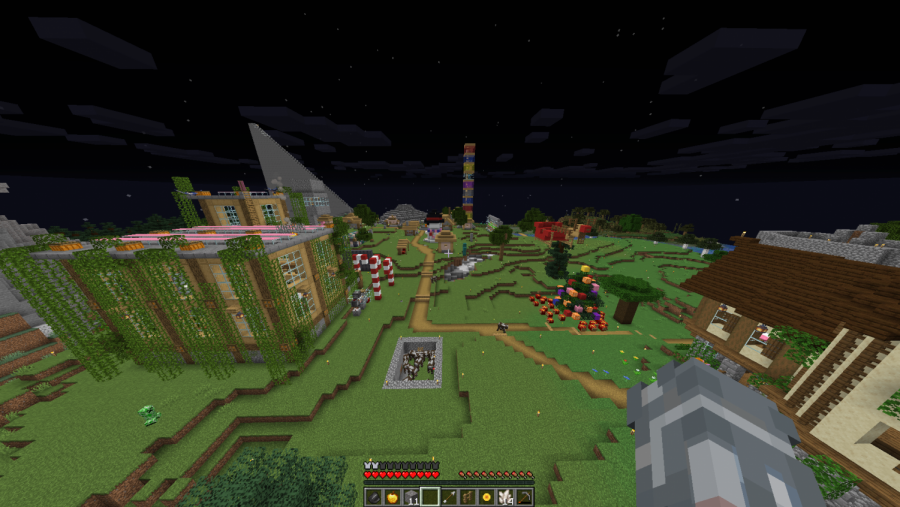 In 2015, late night host Jimmy Kimmel announced the release of YouTube’s new esports sub-platform to his audience. “It’s called the ‘we should all be very ashamed of ourselves for failing as parents channel,’” he joked, as baffled as everyone else in traditional media with the esports phenomenon. Five years later, in a time characterized by failure and disappointment, the much-maligned sport of professional gaming survived and thrived where real athletics did not. So, what is esports/competitive gaming? Who are the people watching? And how many more NFL COVID-19 cases will it take for you to tune in? I’ve enlisted self-described gamer William S. ’21 to help us out with these questions and more.

For non-gamers, your primary exposure to the hobby may have been in the Lakeside library. There, in the face of an unconstitutional and inhumane gaming ban, dissidents turn chairs away and mouses on, scanning for prowling librarians like savanna gazelle stalked by lions. At home, these gamers power up Xbox consoles and personal computers to play casually, a demographic estimated by William as nearly every single one of his friends (including many of our classmates). In the coronavirus pandemic, this has become especially relevant. Friends who would not normally be caught dead grinding Xbox on weeknights have turned into habitual gamers, boxed into a sweaty basement corner by the ban on real-life connection and the damage done to traditional sports both amateur and professional. “With more free time on our hands,” says William, gaming is the “easiest way” to spend it. It’s also the easiest way to socialize in a world where the classic parental refrain of “go outside” has become almost unreasonable.

Above casual gamers there are the competitors and pros, the kids who make more money than either of your parents (probably, it’s a hard call for Lakesiders) off fast fingers and insane reflexes. “There can be 14-year-old world champions” in the world of esports, William says, a world where physical prowess and genetic excellence don’t matter as much as clicking fast and clicking well. This difference in skill set creates a world that looks bizarre to outsiders, where the Messis and Lebrons are semi-pubescent kids who look better suited to a JVC participation trophy than a multi-million-dollar world championship.

On top of the massive earnings offered by international organizations and prizes, top-level players supplant earnings with live or pre-recorded gaming, a phenomenon in some ways unique to esports. It’s an environment where you can watch your favorite player explain their strategies and stomp opponents for 6 hours a day, an environment where William says he can “learn from players” instead of just seeing them. Imagine your favorite athlete wearing a GoPro in every scrimmage, dispensing hellos and tips to fans, and personally analyzing the film sent in by paying subscribers. Add to that the fact that this player is a kid around their fans’ age and doesn’t have any habit of beating up partners or children, and you have a world where players are more intimately connected to their icons than traditional sports fans have ever been.

This weird and wonderful world was granted a huge boost in a year where we spent more time inside than ever before. It may seem to many parents like a time-waste, but William points out that most hobbies can be construed as such, and that only an addiction to gaming can be truly problematic. As the online world, and the rates of COVID-19 infection, continue to grow, perhaps it’s time to tune in. Gamers are rising, and unless you can find some way to get all of them dates, they will continue to do so. Get on board while you still can.