Accelerated COVID-19 Vaccines: Are They a Shortcut to Safety? 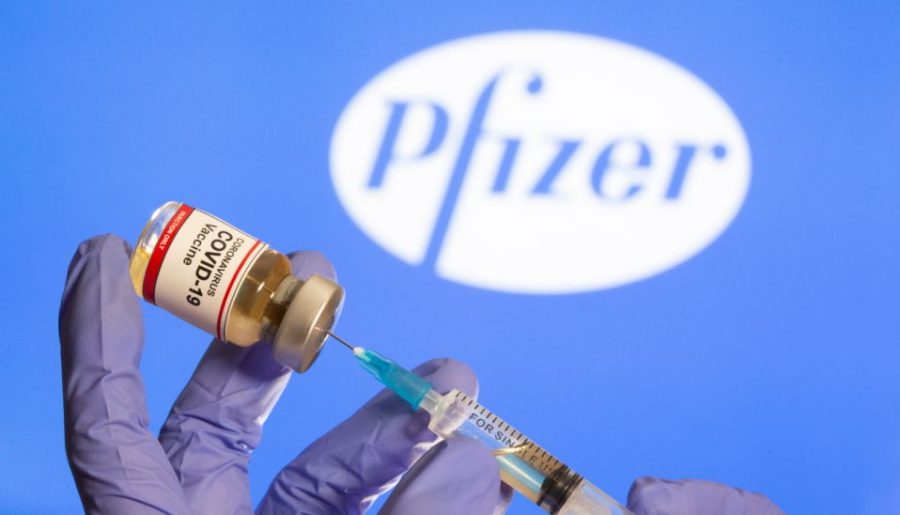 A woman holds a small bottle labeled with a "Coronavirus COVID-19 Vaccine" sticker and a medical syringe in front of displayed Pfizer logo in this illustration taken, October 30, 2020. REUTERS/Dado Ruvic - RC29TJ9CENFB

The World Health Organization estimates that vaccines save two to three million lives every year and could save one and a half million more if everyone had the ability or willingness to take them. There are many reasons why people don’t take vaccines each year: some individuals are complacent in their health, find appointments difficult or inconvenient, think vaccines are an infringement on their human rights, or do not trust the medical system. With these factors taken into account, along with the unprecedented speedy development of COVID-19 vaccines, there is a sense of skepticism and hesitancy toward taking a pandemic vaccine. An estimated 71% of Americans are willing to take a vaccine, but the U.S. needs the vaccination percentage to reach at least 80% to attain herd immunity. When asked whether or not they would take the vaccine, around 88% out of 104 Tatler Poll respondents said they would, which would allow the Lakeside student population to reach this threshold. Nevertheless, there are still doubts in the U.S. and at Lakeside as to whether or not an accelerated vaccine can be trusted.

The approval and distribution of past vaccines have taken from four years to over a decade. The Spanish Flu pandemic lasted two years, from 1918 to 1920, but the U.S. didn’t approve a vaccine until the 1940s. The mumps vaccine, which later became part of the MMR vaccine for measles, mumps and rubella, was developed and introduced after only four years in the 1960s. In the U.S., two COVID-19 vaccines, produced by Moderna and Pfizer, have already been authorized after less than a year. So how have coronavirus vaccines been approved and developed in so little time? Did the developers cut any corners?

The production of a vaccine generally follows a linear sequence with three main phases before potential regulator approval by the Food and Drug Administration (FDA) or the Centers for Disease Control and Prevention (CDC). Before any of the phases begin, scientists go through preclinical testing by testing the new vaccine on cells and small animals. Phase 1, the safety trials, then starts by giving the vaccine to a small number of people to test the dosage, safety and effects on the immune system. Next is Phase 2, the expanded trials, where scientists further test the vaccine’s safety by giving it to hundreds of people split into different groups based on factors such as age to identify how it affects them. The last step before potential approval is Phase 3, the efficacy trials. Scientists give the vaccine to thousands of people, wait to see who contracts the virus or disease and compare those results to those of the people who had a placebo. Phase 3 is large enough to identify a broader scope of possible side effects.

The vaccine then has to be approved. It can be an early, limited or regular approval. Even after approval, there is also still a possibility that the manufacturing of the vaccine could be paused or discontinued. All of these steps together are usually expensive, lengthy and can take around a decade, but different strategies and dire circumstances in terms of global health and economy have increased the development rate of COVID-19 vaccines.

In developing the coronavirus vaccines, instead of using the aforementioned linear model, scientists use parallel sequence testing. This sequence goes through all the same steps as the linear one, but the trials can overlap or proceed at a faster pace. For example, scientists could be in Phase 1 and 2 rather than only Phase 1. This makes the overall process much faster, but generally isn’t used as it requires a more expensive budget to perform multiple trials at once. However, considering COVID-19 has affected 213 countries, areas and territories including Antarctica, billions of dollars from both public and private sectors have been allocated to the manufacturing and development of the COVID-19 vaccines. Additionally, when testing and developing vaccines, scientists aren’t starting from scratch but instead are using years of advanced research from previous or ongoing vaccines. For example, the approved Pfizer and Moderna vaccines both use a component mRNA, a familiar technology that has been previously aimed for cancer vaccines. The vaccines have benefited from years of research that has matured just at the right time.

So without knowing the work scientists put in to produce coronavirus vaccines, it’s easy to assume the scientists cut corners, when in reality, money, previous ongoing research and a global amplified effort are major factors in its rapid development. With this in mind, if any doubts of Lakesiders surround the reliability of the accelerated vaccines, then the scale of these factors may clear things up. By taking the vaccine, Lakeside can become closer to fully reopening and experiencing a normal school day again.