Anti-Intellectualism: Its Impact on the COVID-19 Pandemic and Issues With the Term 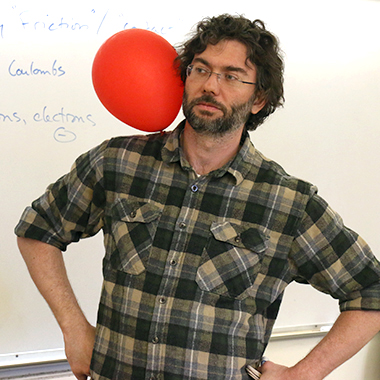 Note: Anti-intellectualism as a concept, and social issue, is a difficult and multi-faceted problem. Take this entire article with a grain of salt.

It has become all too common on internet forums, in online classes, and during family dinners to bemoan the state of this year. Whereas a year ago the world held hope for a bright future, the number “2020” has morphed into a bearer of unforgiving circumstances that has plunged the world into despair and chaos. Among those events, of course, is the ongoing COVID-19 pandemic.

Among the many poster children from the pandemic are, of course, the anti-mask and anti-vaccine movements, only aided in their efficacy by the seemingly endless supply of “anti-intellectuals”: those with a distrust of experts and intellectuals, according to Richard Hofstadter, the founder of the term. Hodstadter christened the term in his Pulitzer Prize-winning novel “Anti-intellectualism in American Life,” published in 1963 in response to the rise of McCarthyism and the Red Scare. Since then, the term has come to describe those who do not believe the mainstream evidence-or-science-based viewpoint, including the aforementioned anti-mask and anti-vaccine movements. As such, the COVID-19 pandemic has created an unfortunate, but effective, opportunity to study the relationship between anti-intellectualism and social efforts in the modern world, an opportunity researcher Richard Merkley and University of Toronto professor Peter John Loewen took.

Merkley and Loewen followed almost 28,000 subjects from March to July, utilizing surveys that assessed participants on anti-intellectualism. Through this study, anti-intellectualism was found to have negatively impacted social distancing, lowered levels of COVID-19 risk perception and social distancing compliance, and even increased misperceptions regarding COVID-19.

This study proves that individual anti-intellectualism can cause people to not participate in crucial requirements like social distancing, something that is integral to containing the pandemic. This study, therefore, sets the precedent that individual anti-intellectualism can directly hamper important social efforts, and paves the way to reduce it and its effects.

However, anti-intellectualism, for all of its precise measurement in this study, is ultimately a matter of social sciences. In that aspect, such a blanket term actually reveals a glaring issue with the term: it is in fact, a generalized blanket term that reveals many of the same issues that led to its relevance in modern history.

To get an expert opinion, I decided to ask Dr. Town. Dr. Town received his undergraduate degree in physics from the University of Michigan, a Masters degree and PhD in atmospheric sciences from the University of Washington, and has studied the climates of the Swiss Alps, Washington, and both poles. Needless to say, he has far more experience in science denial and anti-intellectualism than I do.

The argument could be made that it is a binary problem; math and science tend to be topics where views are either “fact” or “false,” right or wrong. As such, those that do not believe said facts are wrong, surely. This argument, however, falls apart when elements such as religion are introduced.

At a previous school, after assigning homework on the history of the earth, Dr. Town found that about a quarter of the “very, very diligent and well-meaning” students stopped doing the assignment. “This young woman finally told me, ‘Dr. Town, this isn’t my point of view on the world. Dr. Town, this is not my history of the world,’” he said. “I realized there were a lot of fundamentalist Christian and Muslim folks in my classroom that think the earth is 5000 years old, so the actual framing of the assignment was offensive to them.”

This is just one of the reasons that such a blanket term is dangerous: it immediately condemns those with non-scientific beliefs, regardless of their actual intellect or intelligence: “If you asked me if any of those students were anti-intellectual, I would say no!” Dr. Town said. “They were my smartest, best-doing students in the room!”

“Honestly, I think it is because of admissions and the front the school puts out and its public facing view — we’re not so forgiving on political diversity. I think it’s a growth edge for Lakeside,” Dr. Town said. And, as brought up in those discussions, this lack of diversity in a school advertising its diversity nearly identically matches the problem of “anti-intellectualism” in the first place.

“I think because of the filtered population, we’re not maybe developing a playing ground where people can practice interacting with each other in authentic ways,” he said, noting that there may be people who “stay undercover” about views because they differ from those of what is perceived as “mainstream Lakeside.”

Lakeside’s political homogeneity mimics the polarization of the United States as a whole: views are isolated and partitioned, growing further and further apart with little mingling to allow discussion. This is usually what allows anti-intellectual views to fester, thanks in part to them being labelled “anti-intellectual” in the first place.

Is there a proper replacement for “intellectual” and “anti-intellectual”? Perhaps, but probably not. A more appropriate replacement may be “evidence-based” and “faith-based,” respectively, but even those have flaws.

“I kind of see hypocrisy on the two sides of the spectrum, because if you consider yourself a person who carries an evidence-based world view, you are still a faith-based person, because you are putting your faith in evidence and its reproducibility,” Dr. Town said. “And if you’re a faith-based person, you probably go to the doctor, and you very likely rely on products of engineering; you flip the light switch on, which is the product of evidence-based practices. You inherently have a life: at least in North America, the products of an evidence-based viewpoint on the world, and so everybody’s living in both these worlds; it is an arbitrary separation.”

In the terms of a scientific paper, perhaps “anti-intellectualism” will have to stay. But from a societal standpoint, a binary separation will inherently be exclusive rather than inclusive.