Lakeside Sustainability Situation Down to Lack of Student Drive 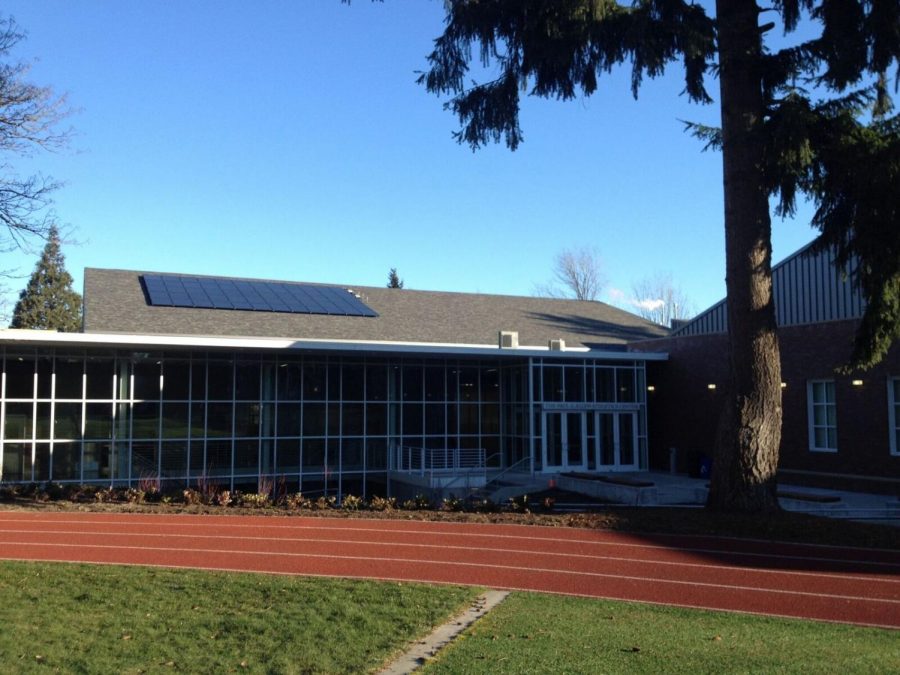 Lakeside’s endowment comes in at just under $230 million. The 158 individual funds that make up the endowment support Lakeside’s financial aid, summer school, GSL and LEEP programs, and provide teacher and faculty salaries. However, of those funds, only three, including the General Endowment, support green initiatives.

When asked about how they would rate Lakeside’s environmental sustainability on a scale of 1-5, 8 out of 95 Tatler Poll respondents gave Lakeside a “2,” 50 respondents a “3,” 31 respondents a “4,” and 6 respondents a “5.”  In our interview with Head of School Bernie Noe, he also noted that in deciding on the school’s priorities in 2004, school leaders “decided to be a sustainable school but to not make Lakeside ‘The Sustainability School.’”

The general consensus seems to be that Lakeside is neither significantly environmentally unsustainable nor significantly sustainable. However, the school’s wealth and its progressive and forward-thinking identity are both well-known throughout Seattle. With projected catastrophic climate change a decade away, can Lakeside do more? And if so, why doesn’t it?

Sustainability for institutions necessitates extensive funding. Roughly 4% of Lakeside’s endowment is spent each year; based on the Report of Contributions, that was $8,416,374 in the 2019-2020 fiscal year. Of this amount, 47% went to financial aid, 27% to educational excellence, 14% to faculty staff excellence, 10% to unrestricted, and 2% to campus stewardship. This 4% of the endowment was part of Lakeside’s operating budget for 2019-2020 of about $35.9 million, which came from tuition, the Endowment, the Annual Fund, and other programs. Of that amount, 58% went to educational programs, 17% to administration, 16% to facilities, 5% to technology, and 4% to auxiliary services.

So if Lakeside has the money, as it clearly does, what is the school doing in terms of sustainability? “Sustainability is always on the table for discussion to implement,” Director of Facilities Mr. Dan Dawkins said. “Lakeside has a reputation of being a top [notch] education institution, which include[s] how we operate and care for our physical plant.” For example, the school hires an outside firm to examine the energy consumption of buildings as part of the City of Seattle’s Benchmarking protocol; the Paul Allen Athletics Center is currently being evaluated, and feedback on the building’s efficiency and sustainability will be provided in the spring.

New funding can also reflect environmental sustainability; in the Endowment, as mentioned, there are 158 funds, about three of which support green initiatives. Notably, there was a recent $100,000 endowment from an alum of the class of ’73, “the first to specifically establish a purpose related to conservation,” Director of Major and Planned Giving Ms. Carol Borgmann said. It focuses on supporting student and faculty environmental initiatives, with approximately $4,000 of the endowment available to use in the 2021-2022 budget. While that number might not necessarily match the threat that climate issues pose, it’s a sizable amount.

To many Lakeside students, it seems that the money is here, but the change isn’t happening. We spoke to alum Houston Warren ’13, who studies computer science and sustainability in energy and agriculture at the University of Sydney. In his time at the school, Lakeside was just beginning its sustainability programs, from solar panels to composting. Eight years after Houston’s graduation, Lakeside’s green initiatives look similar, with few new additions. The last large-scale, student-led green initiative was the addition of solar panels to the Paul G. Allen Athletics center back in 2013, when student Dawit W. ‘14 saw an opportunity to incorporate sustainability into the new building and proposed a plan to the board. Right off the bat, the response was: “We’re going to do it.”

If implementing that sustainable change was essentially just researching, writing a proposal, and presenting to the board, is it possible that there’s an opportunity for more changes like that one? According to Mr. Noe, it is. When posed the question in a Zoom meeting, Lakeside’s Head of School explained, “If someone walked in the door with a plan and said, ‘If you do the following, the environment will be that much better as a result,’ we’d probably consider doing it.” That seems to be the key issue here – that, when presented with a concrete plan, the Lakeside administration can do something about it, but, as Mr. Noe put it, “when someone says, ‘You need to make your school more sustainable, [we] don’t actually know what that means.’” By that logic, Lakeside students have the power to make changes to Lakeside’s sustainability but aren’t. A Tatler Poll from November found that among 133 respondents, 61 said that Lakeside’s environmental sustainability was “very important” to them, 63 said that it was “somewhat important,” 5 said it was “not very important,” and 4 said that it was “not important.” It seems that in theory, students want change, but the reality is that few individuals have taken action.

A look at similar schools shows how Lakeside’s student engagement may be falling behind. At Overlake, the Environmental Club pushes their school to prioritize sustainability and in recent years has brought concrete change through successful petitions and extensive research and presentations. Overlake’s club leaders note that many private schools and economic institutions are not often friendly to social activism; however, environmental activism is coming to the mainstream. In 2012, The Evergreen School hired a sustainability coordinator, Ms. Janet Charnley, who, among various other green initiatives, educates younger students about the environment through clubs.

By comparison, it seems that Lakeside students aren’t making the effort. But should it be their responsibility? The Lakeside administration has taken on various projects in the past that weren’t exactly popular or interesting to students, but that were deemed necessary (think new schedules and controversial speakers). Shouldn’t fighting an issue as pressing as climate change be deemed a non-negotiable requirement for the school? Mr. Noe acknowledged that sustainability ranks in importance below quite a few other issues: becoming an anti-racist school, social-economic equity, academic rigor, and of course, overcoming the pandemic. One Overlake student summed up the predicament well in our interview: “Sustainability is something that’s going to impact youth quite obviously the most, and so it takes a little bit of extra pushing from students,” but they “believed in the school owing this to the students.” It’s clear we have the funds. Someone just has to address climate change as the pressing issue that it is.

As to the school’s priorities, “if sustainability were to be elevated,” Mr. Noe said, “the student body would have to really be on board on [with] making some lifestyle changes themselves.” While Lakeside’s administration might not be doing all it can by forcing sustainability on its students, it seems that financially, they’re holding up their end of the deal. Student drive seems to be the next step for the school’s environmental sustainability, and although getting teens excited about buses over cars may be difficult, it may prove necessary in paving the way for Lakeside, Seattle, and its communities at large.