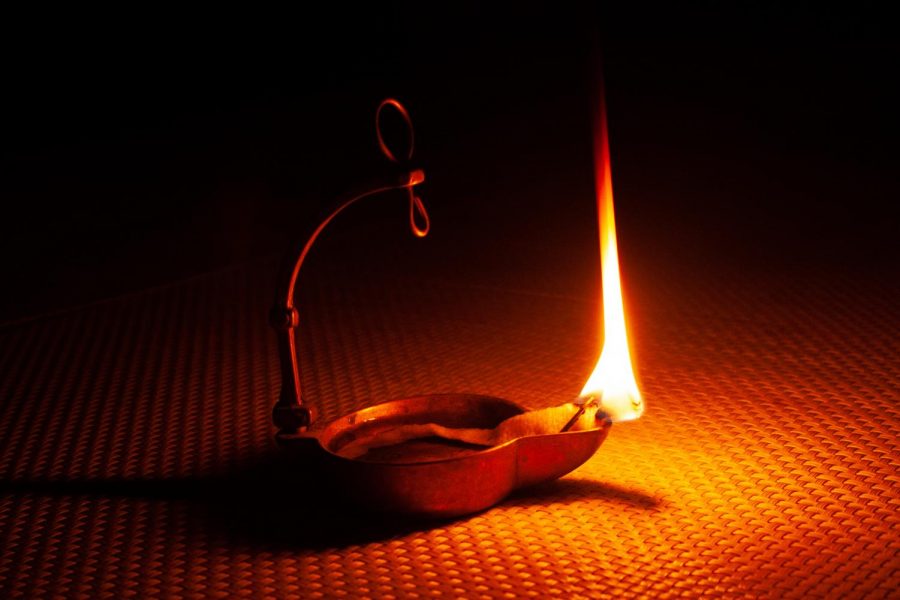 “Lychno (Λύχνο), noun,  A simple vessel used to produce light continuously for a period of time from a liquid fuel source.” For this assignment, I knew that I wanted to choose something that signified my Greek heritage, but since my grandpa came to this country with an empty suitcase, artifacts were hard to come by.  I chose this lamp as my treasured artifact because it says a lot about my family. When my grandpa was growing up in the ’40s, there was no electricity in his village. Even though gas lamps were available, my family was too poor to afford the butane, so they used the olive oil that my family produced on their farm. As soon as the sun went down, this was the only source of light that my grandpa had to study with. Education is the utmost priority in my family, and this lamp is a constant reminder of the humble beginnings that my family came from. As far as technical choices, I decided to take the pictures in the dark to accentuate the natural light from the flame. I also decided to place the lamp on a placemat to give the image some texture.  During editing, I really wanted to keep the natural light from the flame, so I brought down the exposure only slightly. 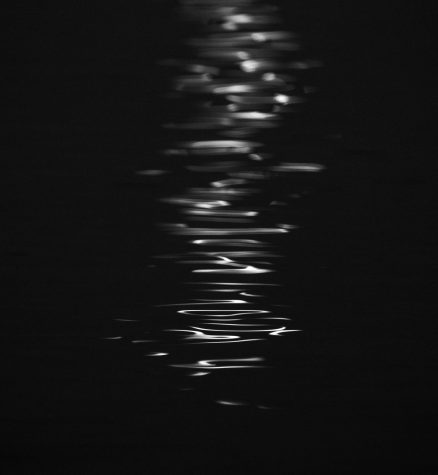 When I began developing my eye, I had this strange propensity for macro photography. It was astonishing to see the world so closely, and my enthusiasm often spilled over into the steady, quiet processes of composition and metering. What resulted was a photo good in spirit but poor in execution, swirling with unbridled colors and uncontrolled blur. This photo is the beginning of the reining in of my enthusiasm, taking my time to notice the subtle and hear the silent, like the light that bounces so gently off the churning canvas. Notice and hear and see and sense — after all, that’s really all photography ever asks of me. It doesn’t take a brain to work a digital camera, but it takes an eye to point it.