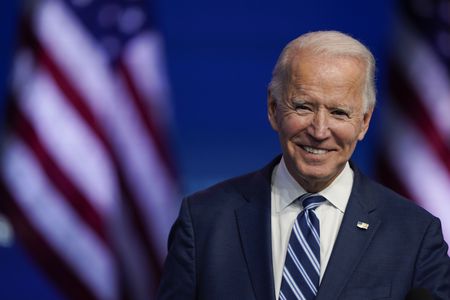 For all the negativity and concern, the events of election week went pretty smoothly. The images of businesses being boarded up prior to November 3rd were jarring, yes, but the 2020 Presidential election delivered a decisive result in less than a week, which is more than a lot of people had hoped for. With Joe Biden the winner, many are wondering what the ramifications of this result are. Fear not! We, two oat milk-drinking, podcast-listening, politically invested Mathematics of Democracy students, are here to make sense of what an outgoing Trump administration and incoming Biden administration means for the country, both socially and politically.

As of the time of writing, President Trump has not conceded the election, instead making baseless allegations of widespread voter fraud and attempting to take the election results to court. No one knows if he’ll concede anytime soon, but Biden is on track to become the 46th President of the United States. Unless something truly unprecedented happens when the electoral college meets or if Trump actually manages to overturn results in swing states, Joe Biden WILL be inaugurated in January. While Trump likely won’t actually be able to overturn the results of the election, by discrediting mail-in voting, he is doing something potentially far more impactful.

Allegations of voter fraud have been a focal point in this election, especially due to the increase in mail-in voting and its effects on the progression of the vote totals. President Trump explicitly told his base not to vote by mail, so the votes counted on Election Day were in-person votes that skewed Republican. The ballots counted later were mostly mail-in and tended to favor Democrats, allowing Trump to more easily make claims that votes “had been found” and thus fraud had occurred (side note: counting of early ballots before November 3rd was blocked by local laws in many states, including Pennsylvania). It’s important to note that in spite of Trump’s remarks, government officials have called this year’s election “the most secure in American history” (AP). By discrediting mail-in voting, Trump is sowing seeds of distrust in Americans. If half the country doesn’t accept the results of this or any future elections, Trump will have left a legacy far more impactful than any of his individual policies could have. If a major portion of Americans lose faith that elections are fair and just, how will the country ever have trust in leadership again?

Another concerning factor is that it’s not just Trump spreading these falsehoods — many high ranking Republicans have made statements backing the president’s inaccurate claims of fraud. Secretary of State Mike Pompeo even responded to questions about the elections in a press briefing after the election by announcing, “There will be a smooth transition to a second Trump administration.” It’s unclear if he was joking or not, but it’s still troubling. It would be one thing if it was just the president spouting misinformation, but the fact that so many politicians have either openly agreed with him or simply refused to call Biden the President-Elect is concerning. And it has already lead to sizable uproar amongst Trump’s supporters, as we saw when thousands of maskless people attended a pro-Trump rally in DC that ended up turning violent after nightfall (The Washington Post).

Though our nation may seem overwhelmingly divided right now, it’s critical to remember the pandemic that unites us. And as much as Trump wishes it wasn’t the case, COVID and politics are absolutely intertwined. Trump’s failure to respond probably cost him the election, and the daily reminders that we are still in this mess hammer Trump’s failure home. As exhaustive as it may seem to keep following all the restrictions and guidelines, it’s critical, especially now during the third wave, that we stay safe. The only way we can possibly make this any better is if we all do our part.

While these final days of Trump in office may seem insignificant, keep in mind that a month and a half is plenty of time for more to unfold. It’s unclear what exactly Trump will do with the dregs of his presidency, but he has little to lose at this point. The most likely thing he’ll do is ram through appointments to federal courts. He’s already preparing to withdraw troops from Iraq, Afghanistan, and Somalia. We know that pessimistic talk of Trump’s potential final acts might not be what you had hoped to hear, but if you’re more worried now than when you started reading, we’ll leave you with this: one of the most remarkable aspects of our democracy is its ability to withstand. Through war and economic despair, this nation has persisted for nearly two and a half centuries, and while the current state of politics is certainly far from ideal, it would take a lot more than a single man, however powerful he may be, in his last fifty-something days left in office to completely overturn it all. Yes, once he’s out, the task ahead of Biden is beyond daunting. To bring together a nation, divided, grieving, and in pain will be a Herculean task. And it likely will take more than just one president to mend all the broken pieces. So it’s important to step back and look at the bigger picture. As a country, we will carry on. Stay safe, and stay informed.