The Music of Rise of Skywalker vs. Rogue One 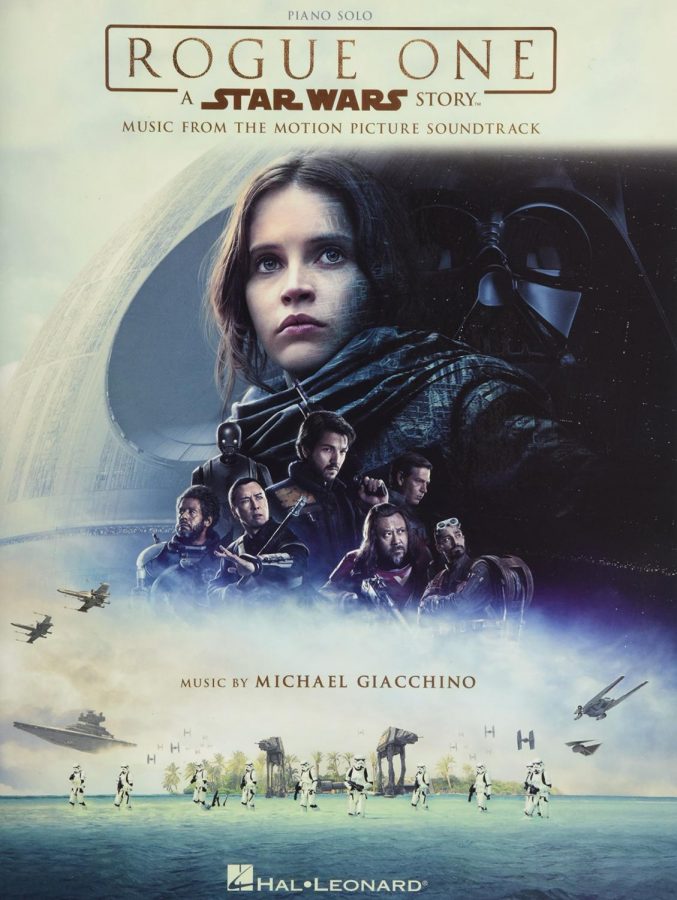 “Star Wars” is a film series reliant on themes and leitmotifs (small motifs/motives). After all, it has possibly the most famous opening theme of any movie. These small themes act as symbols that add weight or implications to scenes. For example, in “A New Hope,” in the famous scene when Luke is looking off into the twin suns, we hear “Binary Sunset,” which heavily features what is now known as “The Force Theme.” When the movie was made in 1977, this theme was actually Obi-Wan Kenobi’s; it plays when we first see him, it plays when he dies, and it plays whenever his force ghost talks to Luke. However, due to five more movies of development, this theme evolved into a representation of The Force as a concept, and Obi-Wan is simply a physical manifestation of The Force. This “Binary Sunset” scene, thanks to the use of music, now represents The Force calling Luke to his adventure.

This theme is used in all the other Star Wars movies when Williams wants to signify something with The Force is happening (i.e. when Luke is making the Death Star run, when he connects with Leia in “The Empire Strikes Back,” when Anakin and Obi-Wan fight on Mustafar in “The Revenge of the Sith,” and when Rey taps into The Force to defeat Kylo Ren in “The Force Awakens”). This use of “The Force Theme” tells us something with the Force is happening, otherwise it would look like Rey is uncomfortably touching a snake-worm when she’s healing it.

These leitmotifs are used extensively. The “Imperial March” comes to represent Vader; the Death Star has its own leitmotif; Luke and Leia; Leia and Han; the Rebellion theme; the main theme. Even if they’re “appropriated,” like how “Imperial March” became Vader’s theme (when it was originally just “The Empire’s Theme”) or how Obi-Wan’s Theme became “The Force Theme,” they all serve their purpose. This is because John Williams carefully, meticulously crafted and sampled these themes he wrote over 40 years ago to enhance the story and improve the movies retroactively.

“The Rise of Skywalker” takes this, and says, “Hmm, this sounds cool; it goes here!”

Here’s an example. In the beginning of the film, the Millenium Falcon is attacked by a group of TIE fighters, and they must make an escape. In this scene we hear “The Emperor’s Theme.” But the problem is that it is almost out of order with the plot, because at this point the First Order does not know about the return of Palpatine, and they certainly sent those TIEs without orders from him. The fact that the movie plays “The Emperor’s Theme” over this scene certainly makes these TIEs seem threatening, but they are both just as ineffective as any other TIEs in the series, and furthermore, have nothing to do with the Emperor. This is taking a theme at face value, without considering any implications it may have.

Or take the ending to this action scene! As the Falcon jumps one last time, leaving the TIEs to crash into a space worm, we hear the same music that played during the destruction of the Death Star in “A New Hope.” It makes this scene seem final, or lethal, because the last time we heard this theme it signified the end to the climax of the movie. Yet later, we see the cast aboard the Falcon safe in the Resistance base. This movie steals the emotional weight of the music and plunges back in without earning the moment.

These two themes have been appropriated and used in a way that sure, invites emotion, but does so simply because of the nostalgia. It holds no regard for the thematic reasoning behind them. Ironically enough, it demonstrates the qualms many people have with the sequel trilogy: that it adds nothing new, and simply feeds on people’s nostalgia for the Original Trilogy.

That isn’t to say all Disney “Star Wars” music is bad. I loved “Rogue One,” for example. Of the main soundtrack, there is some great stuff; “The Guardians of the Whills”, “Jyn Erso’s Theme”… but the genius of this soundtrack extends beyond it’s enjoyability. “Rogue One” is the only “Star Wars” movie to be scored by someone other than John Williams, instead bringing in Michael Giacchino (“Up,” “Star Trek,” “Ratatouille,” “The Incredibles,” “Coco”).

The main trait of “Rogue One” is in the title: it is a “Star Wars Story,” not a mainline “Star Wars” movie. That presented Giacchino with a challenge, as he had to make “Rogue One” distinct enough to be different, yet similar enough to hit the key “Star Wars notes.” Unlike what the editors did for RoTS, he only used the themes from the first movies when the story of “Rogue One” and the main story of Star Wars overlapped. For example, you hear the main “Rebellion Theme” whenever the Alliance appears on-screen, especially involving X-wings. Examples include the Alliance fleet jumping into the battle in the climax.

Another clever musical device is his use of “Dies Irae”, an archaic Christian chant during the Medieval period. It was meant to be used during a requiem, such as a funeral mass (the title literally means “Day of Wrath”), and as such developed as a way to signify death or destruction over the centuries. Even mainstream composers like Wagner used it, and is extensively cited in film music. Giacchino inundated the final portion of “Rogue One” with this motif, which makes sense, as most of the main cast is dying off and the Death Star is about to wipe all of them off the face of the planet.

However, the biggest thing that Giacchino did to tie these two movies together is how he orchestrated the main theme. The two themes seem different at first. They’re in different musical keys, different ordering, and different notes. However, you can strip it back to the essentials: transcribe them to the same key, get rid of repetition, and arrange them in ascending order. Once you do, you see something peculiar: both these themes use the same notes — they use the same note spacing of whole-steps and half-steps, creating a backbone for the soundtrack of the whole film. Giacchino takes the same essentials and morphs them into a unique theme that subconsciously conveys that this movie is separate from the main “Star Wars” line, but is set in the same universe, from the very beginning of the film.

Giacchino didn’t have to do this. He had very little time to score “Rogue One,” and could have easily taken a “Greatest Hits” playlist and shoved it in haphazardly. Instead, he took the score for the main films, meticulously picked them apart to their base essentials, and adapted them into this unique, separate story. This is exactly what the music editors for “RoTS” did not do.

One man with four weeks of time (hardly any in film-scoring terms) paid tribute to John William’s illustrious career better than whatever or whoever Disney elected to head the project for “RoTS.” If that’s not poetic, I don’t know what is.

Most of this article was inspired by the YouTube channel Sideways. Please go check him out, along with the videos that inspired this article: Why the Music in The Rise of Skywalker Felt Misleading, and Rogue One: A Star Wars Legacy.