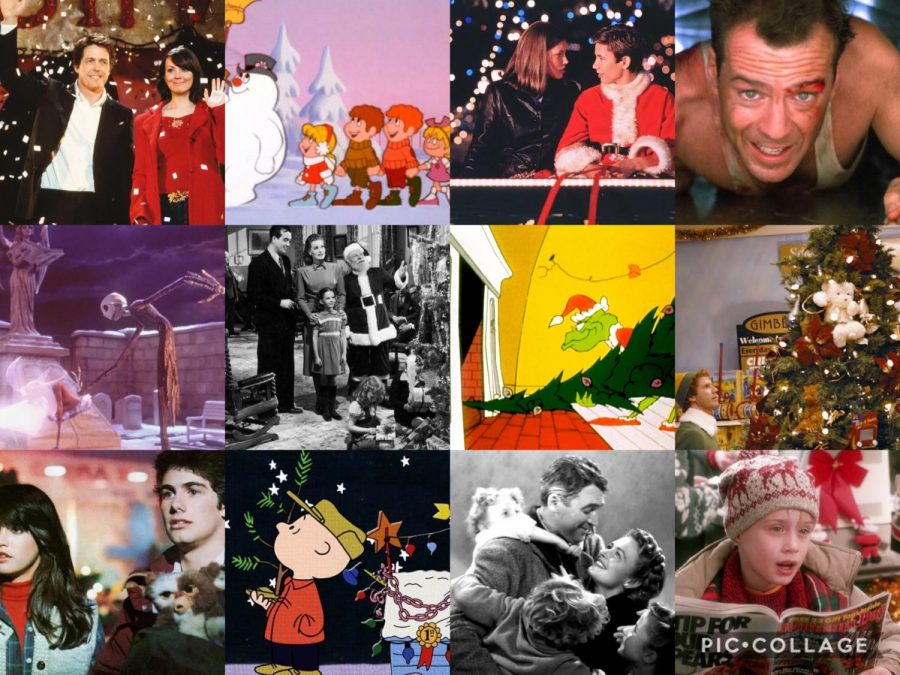 The holidays are here! Bring out your Swiss Miss and wish lists, for the excuse to lounge around and watch sappy Hallmark cards in motion has come. This round-up is focused on Christmas-themed movies, but they’re not especially religious — and they’re appropriate for audiences of all faiths. Here are the 12 must-watches for a truly festive Yuletide.

Frank Capra’s “It’s a Wonderful Life” is the ultimate Christmas classic, brimming with graceful shots, charming characters, and a reassuring plotline. When George Bailey, the most charitable man of Bedford Halls, contemplates taking his life, his guardian angel, Clarence, clumsily shows him a world where he was never born — a world in which his best friend didn’t own the nearest bar, one in which his brother had died, and most horrifyingly, a world where his perfect wife managed to remain a miserable librarian spinster! Despite the outdated aspects of this film, “It’s a Wonderful Life” is ultimately a story that anyone can relate to and cherish. And I must say- it’s a wonderful movie.

“A Charlie Brown Christmas” feels like a hug. Its delicate animations and wistful soundtrack must not be missed. And I just love it. Good grief.

“How the Grinch Stole Christmas!” is quite likely the quintessential Christmas animation. Dr. Seuss’s story of the vengeful green Grinch, living in the mountains with his dog and seasonal depression, ends up being playful and merry, setting the perfect tone for a happy holiday. And who could really blame the Grinch? The Whos sing more than the Jackson 5 on their first world tour.

This whimsical 1969 short film by Arthur Rankin Jr. and Jules Bass is the definition of “finders keepers losers weepers.” When an evil magician’s tophat lands on Frosty the Snowman’s head, he is miraculously brought to life as dozens of schoolchildren dance around him, singing in perfect tune. While some might call this disturbing, I must admit that “Glee” has given me a soft spot for strange children breaking out into unified song. As Frosty’s snowy build begins to melt, he hops on a train to the North Pole with June Foray’s Karen, being followed by the evil magician, owner of Frosty’s hat. Coincidentally, Foray voiced Cindy Lou Who of “How the Grinch Stole Christmas!,” and this freezing trip to the North Pole ought to teach her to stop following suspicious Christmas-related figures.

Steven Spielberg’s “Gremlins” is two hours of lively kiddie horror, and while the Orientalism in the film is obnoxious, “Sixteen Candles” was released in the same year, giving me less than high expectations in that department. “Gremlins” begins with businessman Randall Peltzer handing his son, Billy, a creature he bought from a cluttered store in Chinatown named “Mogwai.” However, Mogwai, renamed Gizmo, comes with many instructions: first is to keep him out of light, second is to make sure he has no contact with water, and third is that he is to never eat after midnight. Much like my sister. When all these rules are broken at some point in the film, the town of Kingston Falls is overrun with vicious Gremlins, tearing down Christmas Eve. And according to Billy, Gremlins are masterminds of making things look like an accident — something that is up for debate when one sees their fierce claw marks that make them as innocent as the Royal Family in 1997.

I’ll be honest. I’ve always been terrified of eerie Halloween movies, especially when they’re packaged with Disney’s G rating and Tim Burton’s skeletal obsession. But “The Nightmare Before Christmas” serves as a wonderful reminder that Christmas comes with the horrors of unfunny Hallmark cards and confusing Target wrapping paper. Jack Skellington, bored of Halloween’s annual frights, decides to take on Christmas after he is sucked into the world of candy cane and elves. Skellington’s musical flair is perfectly accompanied by the villainous bug called “Oogie Boogie,” and the film’s yuletide cheer shines especially in these moments. And haven’t you heard? The holiday season is never complete without a pile of gingerbread and a dash of Frog’s breath.

In this 1988 blockbuster by John McTiernan, John McClane, played by Bruce Willis, finds himself having to rescue everyone in his estranged wife’s business’s holiday party — after they are taken hostage by terrorists. Throughout the film, McClane navigates through exciting difficulties, beaten and battered, and soon finds himself facing the biggest challenge of all… and it’s Christmas Eve.

We’ve all seen it. Chris Columbus’s “Home Alone” has become a rite of passage, and missing out on witty Kevin McAllister’s trip into solo life is sabotaging any chance you have of understanding references to filthy animals and change. “Home Alone” provides a safe space for those who feel lonely on the holidays — as little Kevin waddles around town alone, peering at holiday decorations, the Christmas tunes and lights encourage us to reach out to people we love and to let them know we need them. But most of all, “Home Alone” teaches us about very practical theft prevention and makes for a great ADT ad.

In “Elf,” Will Ferrel perfectly encompasses an obnoxious man-baby that somehow wins over everybody’s heart. “Elf”’s trope is very overplayed — a naive boy entering the intimidating Big Apple — but this time, the naive boy thinks he’s an elf. Which he is. I guess. But the weirdest part of this film might be the way that Zooey Deschanel looks nothing like Zooey Deschanel in it. All in all, “Elf” is a must-watch that makes you want to cover your home in paper snowflakes.

The 1998 film “I’ll Be Home for Christmas” is exactly what it sounds like — it’s a family comedy about Jake, a college student, who will be home for Christmas after being lured with his father’s classic Porsche. But when the protagonist, played by Jonathan Taylor Thomas, is left stranded in the middle of nowhere by his bullies, Jake must make his way across the country with no transportation, no girlfriend by him, and a polyester Santa suit glued onto his body. This comedy/adventure is the ultimate culmination of the 90’s with Jessica Biel’s Smashmouth poster and *NSYNC’s music in the credits, and its cheery adventures are bound to make you beam.

While some of its festivities can feel forced in such a highly commercialized film, “Love Actually” is ultimately a movie about spending time with those you love. I just want to know who heard the words “holiday rom-com” and immediately casted Hugh Grant and Colin Firth. Despite this, at Christmas you tell the truth. And to me, “Love Actually” is perfect.

So now that you’ve got your Swiss Miss, wish lists, and Christmas must-watch-list, Happy Holidays you filthy animal!