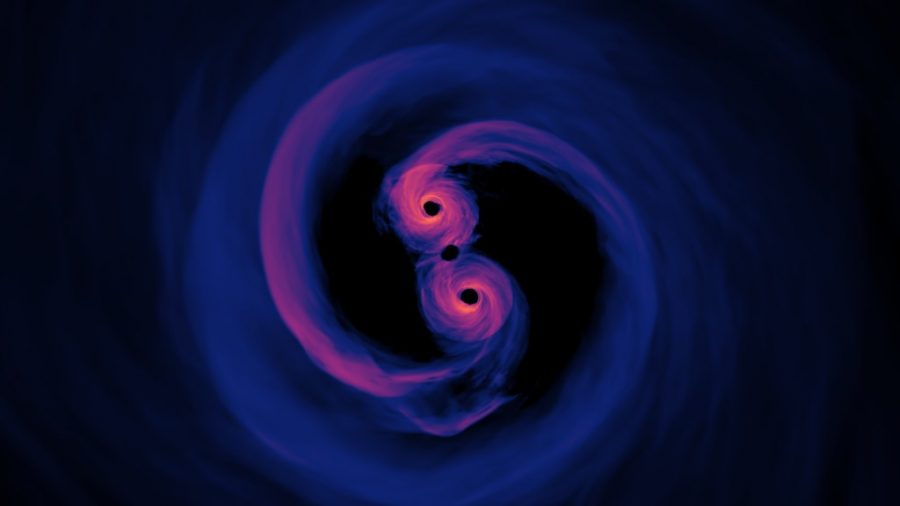 Sixteen miles from the nearest city, at the centre of a vast, flat expanse of land in Eastern Washington, sits a squat white building. It would be unassuming but for the fact that it lies at the junction of two suspended concrete tubes which stretch four kilometers in either direction. In fact, this is one of two observatories operated by the Laser Interferometer Gravitational-Wave Observatory (LIGO), the largest scale physics experiment ever funded by the NSF, and it is listening for the gravitational waves sent out by celestial phenomena occurring as far as 650 million light years away.

Gravitational waves are caused by colossal, energetic events, such as merging black holes or neutron stars, which are so powerful that the very fabric of the space around them contorts and ripples like the surface of a pond after a pebble has been dropped into it. Mechanisms called interferometers, when operated at a sizeable enough scale, can measure the interference of these waves: Constructive interference happens when the two waves are correlated such that their crests line up, resulting in higher amplitude, and destructive interference happens when lower amplitude is caused by the trough of one wave meeting the crest of the other, causing the waves to cross over each other. Interferometers shine two lights along perpendicular paths in such a way that their sources are exactly equidistant from their meeting point. Normally, the interference will be destructive and cancel out. However, if any of that space has been warped, one of the lasers will be forced to take a slightly longer path, resulting in a minute misalignment in phase. The whole contraption has to be extremely finely tuned, and even the slightest disturbance could throw it off; part of the reason that the interferometer needs to be located so remotely is to prevent the vibrations of things like cars from muddling the results. But if nothing goes awry and the observatory picks up signals, these echoes of distant happenings are our best means of identifying the most immense events in the observable universe.

Observations are sequenced in sets called “runs,” the first having taken place in late 2015 through early 2016. Due to a series of suspensions caused by mechanical repairs and upgrades and the COVID-19 pandemic, the most recent run was split into two halves, 03a and 03b. LIGO and Virgo, an analogous operation in Italy, released a catalogue of the 03a results on October 28, 2020. It introduced 39 new gravitational wave events, nearly quintupling the current tally. This is suggestive of large steps forward in technology and methodology in recent years, which lays the groundwork for larger hypotheses to be drawn from this rapidly growing collection of data.

Already, some experts are using these findings to broach much larger issues in the scientific community. 2020 Nobel Prize Laureate Roger Penrose speculates on these new findings: “Is a cyclic cosmology lurking in LIGO noise?” he asks. In the cosmic microwave background, the electromagnetic footprint of the Big Bang, concentric rings of thermal uniformity bear a thought-provoking similarity to the impression left by the merging of binary black holes—incidentally, one of the first major observations recorded by LIGO. This could lend some merit to the theory that universes expand and decay cyclically, a postulate Penrose has coined as CCC, or “conformal cyclic cosmology.” According to CCC, the rings in CMBR form the residue of a signature of black holes from the previous “aeon,” or cycle of growth, colliding. While scientists are far from being able to make any assertions in good faith about time before the Big Bang, these observations could provide some evidence.

Whether implicative of CCC or not, these 03a observations are a victory for LIGO and an exciting advance for the field of cosmology.