The Profound, Emotional Journey of Being a Seahawks Fan 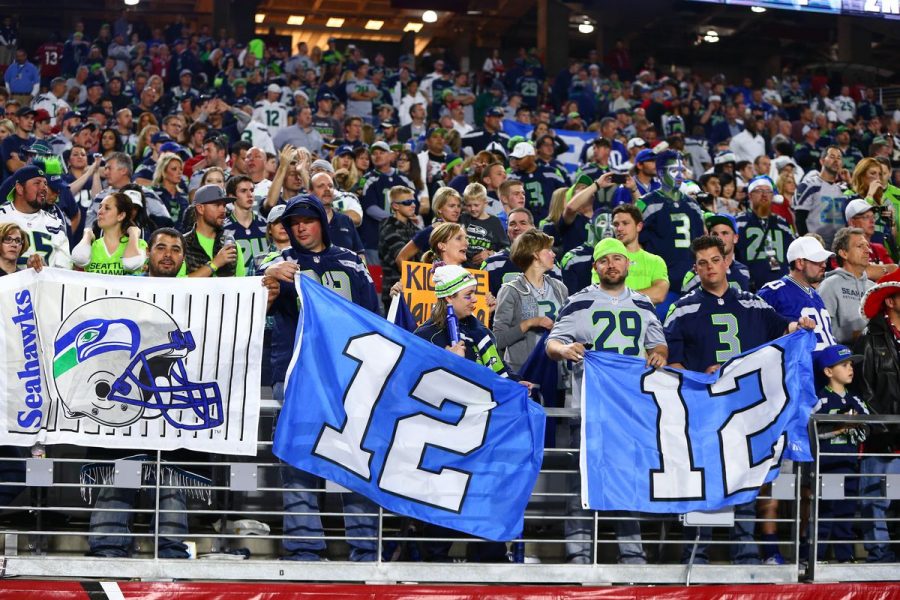 A look at my Apple Watch will reveal a conspicuous spike in my heart rate every Sunday from 10 o’clock to 2. And while I would like to claim that the spike is due to my weekly marathon or Ironman race, in actuality, my sudden increase in heart rate is due to sitting on the couch, watching the Seahawks with my dad. My and dad’s obsession with the Seahawks has been met with skepticism and mockery from the rest of our family, bewildered by the great lengths we will go to to watch games, and how heavily the team’s performance will affect our mood. (Admittedly, my dad and I have occasionally sacrificed too much to ensure that we never miss a game. Events have been canceled, plans rescheduled, all in the name of our weekly four-hour ritual.) I’m sure that from the perspective of non-football fans like my mom and my brother, my obsession with the Seahawks looks like a mindless pastime, but for me and many other Seahawks fans, fandom is an emotional journey.

My devotion to the Seahawks started nearly a decade ago when the Seahawks drafted Russell Wilson and I was dazzled by his astonishing scrambles and fourth-quarter comebacks, never giving up on the play or the game. Watching the Seahawks quickly became a tradition for my dad and me, a way for us to bond over our shared love of football. My attachment to the team grew quickly, as I became invested in the players and their personalities. Seahawks Sundays were some of my first experiences with disappointment, sometimes not to the prettiest results, like during Super Bowl 49, which I’m still a little scarred by. After a devastating goalline interception to blow the championship, I lost it, bawling like the world was ending. In retrospect, crushing losses like this were the most valuable for me to mature; they were an opportunity to deal with loss and disappointment in a contained space, where the only real consequence was who got a trophy.

While only a handful of players remain from the team I first started watching, I still feel like the Seahawks are the same team I first started cheering for, in large part due to their notoriously casual style of play. While other coaches are rooted in the past and tell their team to play well in the first three quarters, Pete Carroll uses one of the most innovative, revolutionary strategies in the game: he instructs the team to only start playing well in the fourth quarter. Inevitably, our games are always close, filled with drama, excitement, and stress, many times decided by the last play. The stress of a Seahawks game is so familiar to me now that I find it oddly relaxing and calming to worry about a football game. Paradoxically, it provides an escape for me, something to focus on that isn’t homework or the news. Though the Seahawk gods work in mysterious ways, I’ve learned that with enough belief, things fall into place. Whether we’re down by double digits in the fourth quarter or need an opposing team’s kicker to miss a chip shot, the Seahawks have a miraculous power to defy all odds and expectations, which I think comes from Russell Wilson’s unbelievably cheesy mentality of unwavering belief. He wills victories into existence through the catchphrases that he yells at his teammates rapid-fire, as well as his belief and loyalty to the team. While his philosophy is certainly corny, there’s an undeniable feeling of destiny that I get when watching one of his fourth-quarter comebacks, a feeling that unites Seahawks fans and keeps us dedicated, no matter how many times the team breaks our hearts.