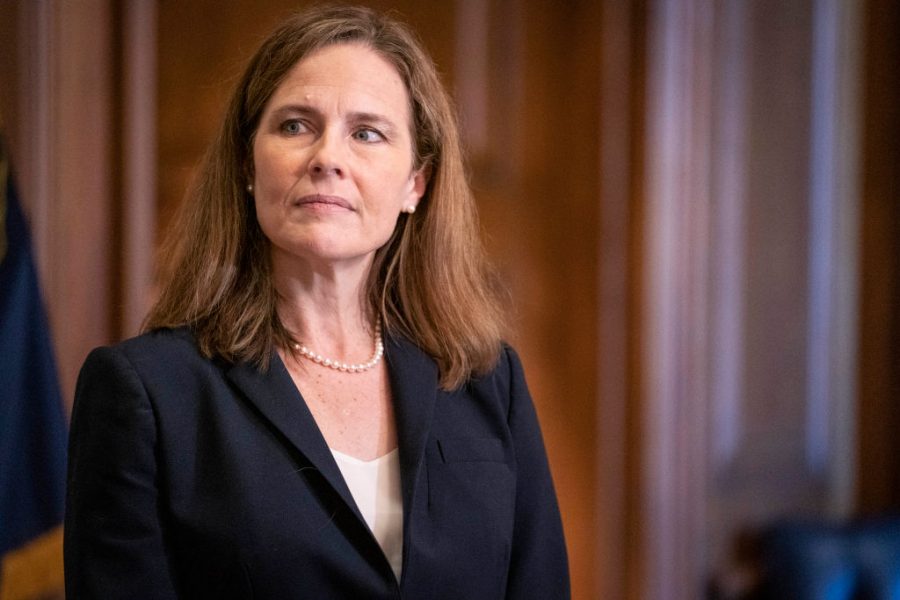 I do not support the nomination of Judge Amy Coney Barrett. While I disagree with many of her political opinions, pushing her nomination through the Senate this close to the election — when voting is already in process — is hypocritical. In 2016, following the death of former Justice Antonin Scalia, President Barack Obama nominated Merrick Garland to the court. Senate majority leader Mitch McConnell declined to allow the Senate to vote on the nomination, claiming that “it is the president’s constitutional right to nominate a Supreme Court justice, and it is the Senate’s constitutional right to act as a check on a president and withhold its consent” (McConnell). In essence: he thought it was too close to the election. If we follow the logic applied to this situation in 2016, Judge Barrett should not be confirmed to the court, but Mitch McConnell and much of the Republican-majority Senate have expressed full support for her appointment to the court. The hypocrisy is shocking — Merrick Garland was nominated more than 200 days away from the election and was denied a vote; Amy Coney Barrett was nominated by President Trump just 38 days before the election. It is clear that McConnell and his Republican colleagues are motivated by their political agenda and desire to see the court go ultra-conservative while they have the chance. My political beliefs differ greatly from Amy Coney Barrett, but I do not believe that is reason enough to not support her nomination. The hypocrisy and evident political bias expressed by the Senate Majority Leader, however, is unacceptable. The next president should be the one to nominate someone, whether that is Trump or Biden, and it is for this reason I don’t support her nomination.

I support the nomination of Amy Coney Barrett to the supreme court. The job of the senate judiciary committee is to identify whether a potential Justice is qualified for the job, not whether they agree politically with the nominee. Throughout the hearings, Barrett has demonstrated again and again her legal expertise, and her commitment to treating all as equals under the law, regardless of her personal convictions. Meanwhile, many democratic senators including Kamala Harris, Cory Booker, and Mazie Hirono have used their questioning time to grandstand and show off how very virtuous they are, while either asking Barrett questions irrelevant to her qualifications or asking no questions at all. Questioning her views on climate change or structural racism or whether she has sexually assaulted someone is as irrelevant to the decision being made as it is ridiculous. Barrett has wisely declined to grade precedent such as Obergefell v. Hodges and Roe v. Wade when asked to do so, as such is not the job of a Justice. I am impressed by her poise and professionalism, and I will be glad when the senate approves a Justice committed to upholding the constitution.

​I unwaveringly support the nomination of Judge Amy Coney Barrett to the SCOTUS. Putting ACB herself aside, President Trump was absolutely correct in nominating her despite it being an election year. He was well within his power, and such a decision indisputably comes at his discretion. Not only did the President exercise a function bestowed upon him by the Constitution, but in nominating ACB he fell in line with a rock-solid historical precedent established during the earliest decades of our republic. In no less than twenty-nine instances in U.S. history has there been a SCOTUS vacancy during a presidential election year or a lame-duck session, and in every single one of those instances, the president made a nomination.
​With regards to ACB herself, I support her nomination on the grounds that she’s a superb nominee who has shown her unequivocal commitment to upholding the Constitution and interpreting it with scrupulous consideration. I also believe that the incensing attacks on her faith and family have been nothing short of abhorrent. Furthermore, in the face of sorry efforts to wrench from her various sorts of political convictions, ACB has demonstrated her unflappability. I eagerly await Judge Barrett’s swift confirmation to the SCOTUS.