The Case for Clubs 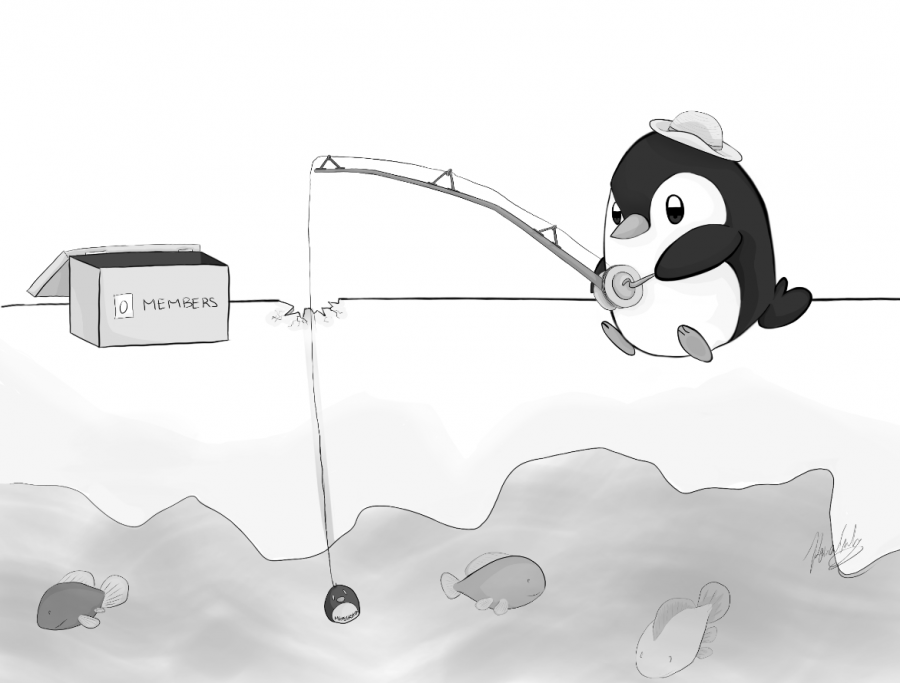 All I know for certain is that something must be done about clubs as Lakeside continues to move forward with a virtual model, even if it’s eventually a blended one. Clubs are a bedrock institution of Lakeside, and any school, allowing people to develop themselves along with their peers. I’ve seen people find their deepest interests and capabilities in clubs, laidback as they can be, and it’s a wonderful thing. For that alone, clubs deserve more grace than they’re being given right now. A real threat to Lakeside clubs has recently emerged: mass student disengagement, exacerbated by various technological and logistical problems. I have a particularly great stake in this issue, considering that I’ve led the relatively popular (or at least well known) Anime Club since freshman year. This year, I intend to also run Crypto Club, willed to me by departed seniors, blessed may they be in college COVID life. The truth of the matter is this: I’ve witnessed, during my tenure as a club leader and clubgoer, students everywhere falling out of the club ecosystem. If this pattern continues, especially given the volatile circumstances we’re all in, it could prove disastrous for the Lakeside community.

For the average student, it’s become a common sentiment that clubs have fallen by the wayside for some time. Nothing makes this more clear than the phenomenon I call “The Purge.” Clubs Fair brings out the entrepreneur in everyone; it seems like a million different clubs all vie for student participation, but fast forward a month or two, and most of those clubs have been picked off and shuttered, their remaining members exiled to the library to pretend to do homework. I recall a time a friend tried to drag me to both Ethics Bowl and Model UN last year. Despite my insistence that we scout out other options (I’ve never been one for ethics or the UN, modeled or otherwise), and frantic search for those other options, all of the clubs I had been interested in during Clubs Fair were nowhere to be found. This wasn’t long after Clubs Fair 2019, either, so it was concerning. The end to my search came when I apprehended the leaders of a club I remembered hearing about, who told me they’d shut down. It was phrased as an interim thing: oh, we’re just temporarily out of service. “Like a McDonald’s ice cream machine?” I wanted to ask: that is, do you have any intention of ever returning to service? Apparently not; I never heard of the club again.

The root causes of The Purge are also those of the decays I’ve seen clubs experience: those decays being member attrition, infrequent meetings, and slow steps to eventual dissolution. Much of these ills come at the heels of scheduling conflicts, the persistent creep of unit projects, etc., and it becomes something club leaders learn to live with. At least, I did. Stubborn as I am with some things, I never closed my doors, even as our member count plummeted shortly before asynchronous learning was introduced. The survival of my club in those circumstances was largely thanks to my good PR; Anime Club emails have often gone somewhat viral, befitting my vow to bring Asian animated glory before all Lakesiders. In all seriousness, many clubs fold under pressure. This situation was, unsurprisingly, made worse by the introduction of a virtual learning element. All of the technological issues one could dream of beset clubs, thanks to things like Zoom and Teams, if the latter could be called a piece of technology at all. And this doesn’t even touch on the LS Club Tracker, which made its debut this year. I completely admire the job Lakeside’s done with bringing it, a piece of bona fide student work, into the fold. Centralizing the club apparatus is definitely a step in the right direction — but the Tracker has its issues. For one, it failed to work on my phone (though to be fair, given my phone, that’s not too much of an indictment in itself). I’m stuck going to the website, content to click and unclick the banners of my clubs, taking in the grand total of two dozen combined members thereof. Couple that frustrating situation with very real logistical hurdles: uncertain guidelines for virtual learning student conduct, omnipresent Internet failure, and a wild new schedule; and you start to see the picture.

Well…what can be done, then, about this tragic situation? Quite a bit, but also not as much as one would expect, if that makes sense. In terms of technology, I think the Club Tracker is poised to become the tool de jour if it can be improved. For its lack of clunkiness compared to alternatives — which I appreciate more highly than ever right now — it could be better served by adding features like club “rooms”, integrations, forums, etc. Even given those suggestions, I know it’s a student-led project; I’m much more optimistic (and forgiving) of it for that reason, especially considering it’s made administration much easier already. As for the problems of an environment wavering between all kinds of pedagogies and formats, marked by trampled student motivation at the hands of a large workload and the paradox of the Lakeside Bubble™, solutions lie with the administration. Incentivizing club membership and attendance, maybe through altering the schedule or offering benefits (like large gatherings for clubs to mix and mingle, leniency with funding, etc.), is a key fix. Working with students to better coordinate club activities is a general suggestion, though I’m hesitant to make it, considering I do every article. But that’s neither here nor there. Another important fix is putting more time and energy into the LS Club Tracker, a rightfully important piece of software that could give clubs a huge upper hand in this period of continual re-envisioning. In that vein, the rest of the responsibility falls on students: determining to at least try their hand with clubs, to branch out and put some time into the self-discovery and enjoyment they can permit. Taking this long yarn about clubs to heart and giving clubs the benefit of the doubt as being worthwhile. It’s difficult to imagine what the club season might look like this year if trends continue: probably barren, maybe dead. As always, the worst-case scenario is only likely if we do nothing. Let’s do something! Until then, I wish everyone health and safety. To clubs!