Netflix’s ‘The Social Dilemma’: How Our Technology Hurts Us 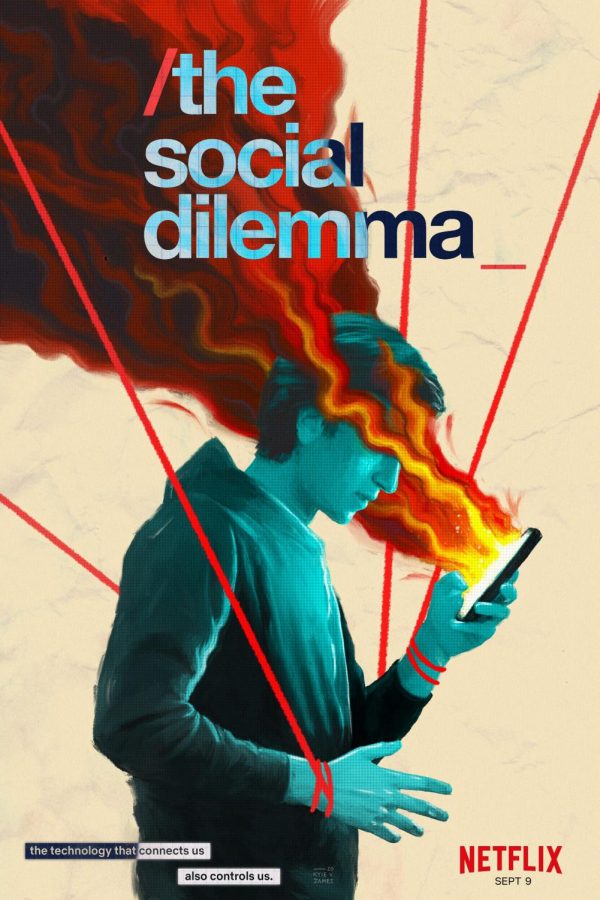 A classmate recently sent me a YouTube video titled “We Made Bakers Watch Their Loaves Be Turned Into Bread Bowls.” Accompanying the link was a self-aware message that read, “Wtf did I just watch[?]”

My friend’s experience is perhaps one which many of us can relate with. If you’re like me, you might feel a strong sensation of guilt, or even disbelief, when you find yourself watching video after recommended video instead of being productive (or going to bed). Or you might be unsettled by the ease with which you were nudged into a state of mindless binging, akin to being under hypnosis.

Frightening though it may sound, Netflix’s new documentary The Social Dilemma, released September 9, demonstrates that YouTube rabbit holes are one of the more benign ways that media can distort our behaviors. In order to turn a profit, social platforms collect massive amounts of information about who we are to sell targeted advertisements and make predictions about what content will keep users scrolling. Yet this business model has resulted in algorithms that can addict us to our screens, warp our perceptions of truth, and promote disinformation and conspiracy theories to the general public.

The interviews, featuring former employees from the likes of Twitter, Google, and Facebook, are undoubtedly the documentary’s best and most revealing element. In ways that anyone can understand, the speakers discuss how platforms hijack our innate behaviors, surveil our lives, and sell us to advertisers for financial gain. Tristan Harris, a former employee at Google and co-founder of the Center for Humane Technology, plays a central role in explaining social media’s destructive ability to “destabilize and erode the fabric of society in every country.” Meanwhile, Virtual Reality pioneer Jaron Lanier cautions that another twenty years on our current trajectory will mean that “we probably destroy our civilization through willful ignorance.” From a group of insiders disillusioned by their own creations, these grim warnings about modern technology and its future are downright alarming.

At times, the dramatized segments fail to match the dialogues’ high caliber. But despite occasionally coming off as awkward and unrealistic, each scenario is still able to get its point across, be it about body image, media manipulation, or enterprises’ experimentation to addict users and optimize growth. The combination of these real-life situations with interviews demonstrates that there is a real human toll to the unregulated profit scheming of tech giants—especially in our generation.

For all the problems outlined by the film, critics say that The Social Dilemma provides few real-life solutions for consumers. On the subject of misinformation, the film largely blames algorithms that boost conspiracy groups or homogeneous content to drive up user engagement, without mentioning individuals who may also aid the spread of fake news. Additionally, the audience is told to turn off notifications and take other small actions which on the whole would do little to solve the current challenges posed by social media.

Yet what the film does manage to accomplish is connecting the tech industry’s difficulties with wider societal troubles. In one of The Social Dilemma’s powerful monologues, entrepreneur Justin Rosenstein remarks:

“We live in a world in which a tree is worth more, financially, dead than alive, in a world in which a whale is worth more dead than alive. For so long as our economy works in that way and corporations go unregulated, they’re going to continue to destroy trees, to kill whales, to mine the earth, and to continue to pull oil out of the ground, even though we know it is destroying the planet….

“This is short-term thinking based on this religion of profit at all costs, as if somehow, magically, each corporation acting in its selfish interest is going to produce the best result. This has been affecting the environment for a long time. What’s frightening, and what hopefully is the last straw that will make us wake up as a civilization to how flawed this theory has been in the first place, is to see that now we’re the tree, we’re the whale.”

In this regard, the film is entirely relevant to our modern political discourse. It asks us: What will happen if capitalism and social media continue to go unregulated? If we do not ensure that our algorithms are healthy and inclusive for all? If we ultimately fail to address disinformation, or foreign election-meddling, or climate change in the future?

Since watching The Social Dilemma, I’ve participated in numerous discussions on these topics—with family, with middle school friends, and with classmates in English class. I urge you to watch this documentary, so we can all finally have a conversation about the technology we use together.

The Social Dilemma is streaming on Netflix now.