A Look into Starting High School in Remote Learning 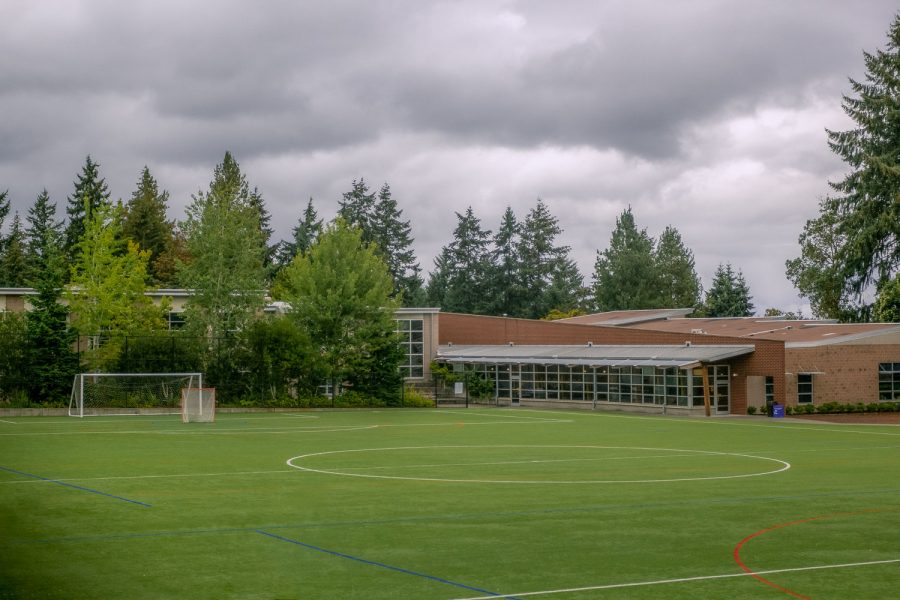 When I imagined being a freshman stepping into the first day of high school, I always thought I would enter fresh from break with all the new ninth graders, face flushed with the vestiges of summer as we journeyed through the front door and into the unknown. Excitement and mystery would lace the air as the storm of new students enters Lakeside High School.

Except this year, unlike all other years, this never happened. Instead, all grades began the official school year the same way: in front of a computer, signing into Zoom classes. With Zoom, we new ninth graders don’t have to fumble our way across the school to get to classes. Instead, a leisurely click of the mouse pulls up the invitation and takes us into the waiting room. Where’s the excitement? The frenetic rush to class, desperately racing against the clock? Of course, it goes without being said that we’re very thankful for all the safety measures the school has put in place and Zoom is indeed the best option right now, but remote learning just doesn’t seem like what we imagined high school would be.

In middle school, high school was simply a figment of the imagination for some people, like an ominous shadow lurking in the background for when you got older and graduated eighth grade. It was the source of excitement, anticipation, nervousness and sometimes dread. As Stella D. ‘24 put it, “when I was in middle school, I was very intimidated by the high school. After all, I’ve heard the stories of all-nighters and the tough-graders of the upper school. Everything there seemed very foreign to me, as if it was another world to live in.” But now we have begun on Zoom, a service which we’ve already used. A school day in high school seems almost exactly the same as middle school did, only with a different schedule.

Starting the four years of high school online, while necessary, doesn’t quite integrate new freshmen into the high school community. There’s just so many exciting parts like extracurriculars or social experiences that have to be substituted virtually or left out altogether. Freshmen are learning academically, but it’s hard to grow socially online. Though teachers are making a great effort to get students to get to know each other, it still takes longer than it did originally, when conversing came a lot more freely. And while it might be hard for freshmen who came from Lakeside Middle School, it’s sometimes doubly hard for those who are new to Lakeside, knowing only a few of their peers. Responses in the Tatler poll agree that making friends is indeed difficult. Being online sometimes gives a sense of anonymity, and can be a little lonely.

There is also less interaction between the grades. In person, people of all different grades would bump into each other in the hallways and collaborate in extracurriculars like sports or clubs. Now it seems that the only contact is in class. “In remote learning there are very few classes that are mixed, for example maybe just like a language class or maybe just a math class or a science class or something like that,” said Michael L. ‘24. “Those are probably the only times or some of the only times you get to mix grades and so in person you could do that a lot better and get to know a lot more people and form those connections.” The majority of classes keep the grades separate, and so upperclassmen don’t have much of an opportunity to mentor the younger freshmen.

One of the main differences between 9th grade and 8th grade is the difference in our own responsibilities. Graduating middle school signals the start of the preparation period to become an adult, and so high school is where we mature. “I think one of the main differences is that they give you a lot more freedom and you have to be a lot more self reliant. Like, the teachers are still there to help you and guide you through, but you have to initiate the conversation yourself,” said Michael L. ‘24. Stella D. ‘24 agrees: “Exiting a zoom call and clicking a new link can never compare to the casual strolls from class to class that I imagined I would experience in high school,” she explains. “So, it really is that maturing and learning how to navigate one’s life that makes high school, high school. Not sitting in awkward silence in zoom calls or staring at a computer for hours on end.” Now, with the start of hybrid learning coming soon, we have high hopes that, soon, high school might grow into our expectations and give that sense of society that technology lacks. We’re resilient. We’ll be fine.