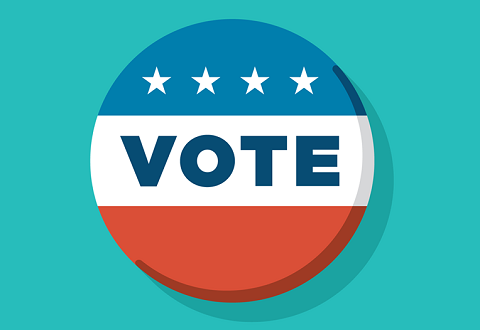 When it comes to politics at Lakeside, students with views outside the norm can often feel silenced or isolated. In an attempt to resist bipartisanship and create stronger conversations, we asked three students from across the political spectrum, “In the upcoming Presidential Election, who has your vote?”

Though Bernie Sanders best represents my political ideology, a Biden presidency will be the most pragmatic course for the nation. No matter how necessary they may be, social reforms will not come from the Oval Office, they will come from Congress. International climate policy, on the other hand, needs to stem from the White House. Climate change is by far the most important issue on the 2020 ballot.

Only two signatories of the Paris Climate Accord — Morocco and Gambia — are on track to meeting its standards. The United Nations classifies US progress in emissions reduction as “critically insufficient.” Trump pulled out of the Paris Climate Accords, with the official exit scheduled for November. According to NPR, 24 million people were displaced annually since 2008 by catastrophic weather conditions, including 2,300 Puerto Rican families yet to find permanent homes in the aftermath of Hurricane Maria. Desertification and ocean acidification are causing food scarcity and extreme poverty, both of which already ravage developing nations, and will soon begin to adversely affect “developed” nations similarly.

All this is to say that climate change will impact every other issue on the ballot.

Though I disagree with him on most issues, if Biden is better able to reestablish American institutions and push us towards climate leadership, then Biden is the best man for the job. Further, given that Trump is somehow calling Biden a socialist in his very thoughtful YouTube ads, a Sanders presidency would undoubtedly prompt McCarthyist pushback that would hinder anti-emission efforts. Changes in climate policy require presidential leadership and a functioning democracy. We need to be able to trust our leaders, our experts, and our institutions, if we stand a chance of correcting our path.

I’ve chosen to focus my response on the two main candidates for this year, Trump and Biden. If I could vote in the election this year I would vote for Biden. The biggest reason is his plan for immigration policy in the U.S. which is an important issue for me. His plan to reinstate DACA means that a pathway to citizenship is still available for those who would like one. I don’t believe that the DACA program is perfect; however, I do believe that it’s existence has been the source of stability for many immigrants across the country. I also share the same opinions as him when it comes to separating families and detention centers. Detention centers are an inhumane way of keeping track of undocumented immigrants; they are also expensive. Biden plans to implement a more humane and cheaper option to ensure that people detained follow through with their court dates and other legal obligations. I personally believe that families need to stay together while being processed. Many border patrol agents lie to families as to why they are being separated and these families do not know what happens to their kids afterward. I don’t believe that families should be punished for looking for a better life.

If I were able to vote in the upcoming election, I would vote for Donald Trump. There’s been a tendency in recent years in our country towards an acceptance of democratic socialism, soft totalitarianism and a revisionist take on our republic, and voting for someone like Donald Trump is a way to help reverse these tendencies. I firmly believe Trump is the best choice for President, and while I do not endorse everything he has said or done—nor a solid deal of his behavior—I would decidedly and unabashedly cast my vote for him. I’ll focus on three reasons why I would vote for Trump. Firstly, I’m a conservative, and when it comes to key issues such as immigration, abortion and policing, Trump has generally proven himself to be conservative as well. More specifically, the second reason I support Trump is because of his record on firearms. Firearms are a top issue for me, and Trump has proven himself to be a defender of the right to keep and bear arms. In terms of this issue in particular, though, my biggest reason for supporting Trump over Biden is not Trump’s stance but rather Biden’s. Not only do I despise Biden’s aversion to “assault weapons” and certain other forms of private gun ownership, but I believe Biden’s proposed gun control measures are by and large infringements upon Constitutional liberties and would be radically ineffective at accomplishing anything but driving up firearm sales. Finally, my third big reason for supporting Trump is his foreign policy. I believe Trump has done more than any president in recent history to bring an end to the endless wars in the Middle East, to reduce our military presence and spending in foreign countries, to strike forcefully against our enemies, and to make strategic diplomatic decisions.