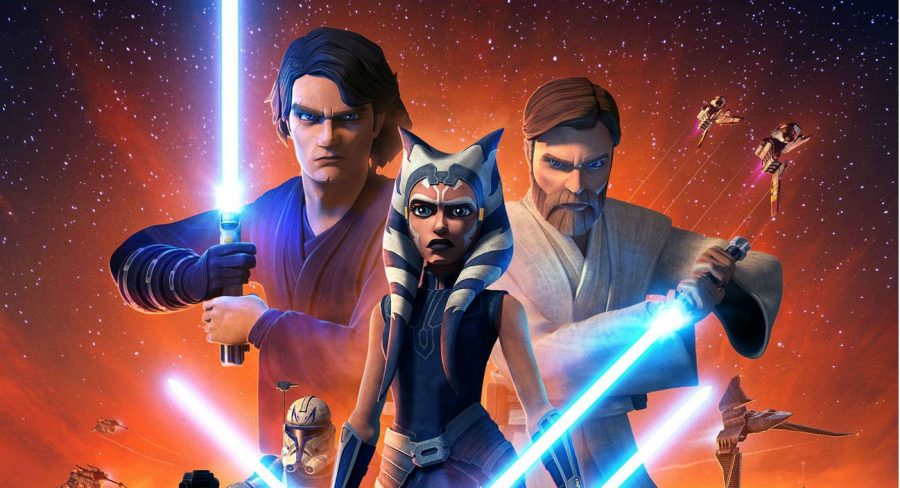 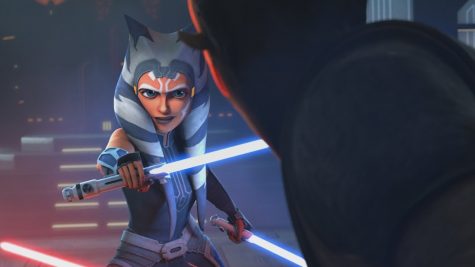 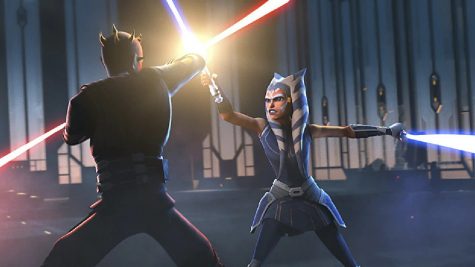 I, like so many others, grew up on “Star Wars”.

The formatting of “The Clone Wars” is by episode arcs. As such, Season 7 should be divided into 3 separate sections.

I’m a sucker for straight, clone-on-droid action, and this arc delivers. Each fight is well-choreographed and superbly executed. Each member of the Batch is unique and fun in their own right and Dee Bradley Baker, the voice of every clone in the saga (as well as Appa, the Gravemind, and Perry the Platypus), especially shines. He breathes life into the characters.

The main complaint I have is that I feel Echo doesn’t have much weight here. He was believed to be KIA in Season 3. The reveal that he was alive, and cybernetically modified, is well-portrayed, but I feel like he goes back to normal pretty quickly.

Also, I feel Anakin needed more attention. I understand that this arc was meant to focus on the clones, but that’s the problem: it’s largely inconsequential. One more arc featuring Anakin as the main character would have added so much to the final conflict.

I actually like the Martez sisters. Trace and Rafa play off each other and Ahsoka really enjoyably. The conflict they have, as well as the reason they dislike the Jedi, is engaging. The arc is a great look into the average Coruscant citizen, and is a stark contrast to the high life of those in the Jedi temple.

The problem is that it is 4 episodes long, when it easily could have been condensed to two. Because of that the whole arc feels forced and stretched out.

There are so many other arcs I would have loved to see instead. The Crystal Crisis arc would have been great, if only to see Grievous one last time. Or the rise of Boba Fett, and Cad Bane’s death. Or Ventress escaping and getting new lightsabers.

The Siege of Mandalore Arc

I watched this arc in the correct way: all in one sitting. It really, really feels like a feature film. The visual effects, the sound design, the choreography, the acting, the passion. Every time you think “it can’t get better than this”, it does!

The conflict between the Maul and Ahsoka, two seemingly unrelated characters, is organic, for one reason: Maul is afraid of Anakin’s destiny. Right upon his return, Maul is revealed to be a monster; he executes children; subjugates entire planets; burns down everything between him and revenge. To see him fearful, and ultimately right, in how Anakin would be the downfall of the Jedi is hard to swallow.

The purpose of the series, to show the years between Attack of the Clones and Revenge of the Sith, is finally resolved in an incredibly executed, masterfully portrayed rollercoaster of emotion. I’m not the type to be totally captivated by movies, so it’s huge for me to say I was completely, 100% invested in what was happening on-screen.

I will admit about 20% of “The Clone Wars” is bad. Just straight up, not good. Even so, I implore you to give it a shot.

Now, you may ask: why don’t I review “The Rise of Skywalker”?

That utter piece of corporate-driven garbage doesn’t only spit on every piece of Star Wars media that came before it, it is also an objectively horribly shot, terribly edited, and nauseatingly poorly planned movie. This is coming from the guy who loved “The Force Awakens”. If you want good “Star Wars material”, either play the games or watch the shows, because if you disregard the movies, 2019-2020 has been a golden age for “Star Wars.”