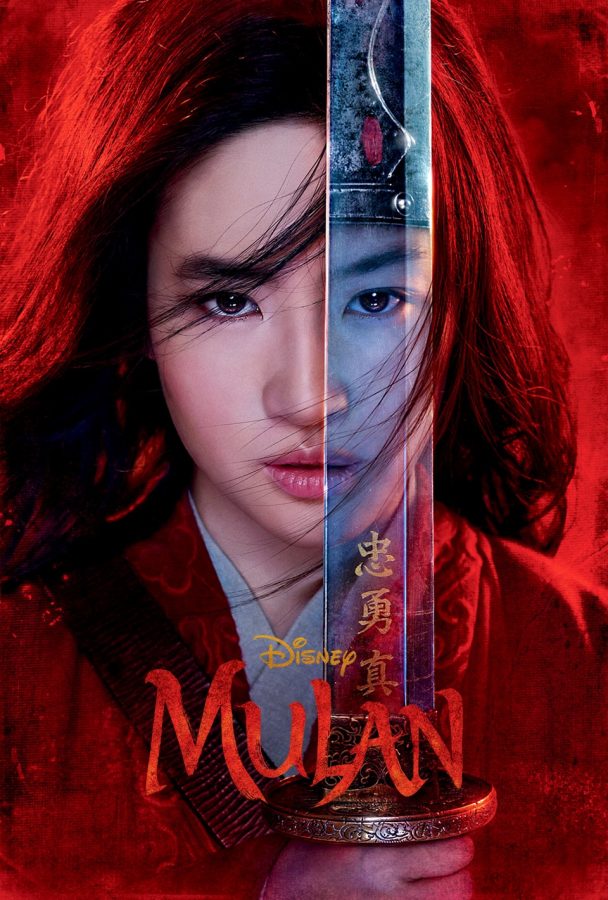 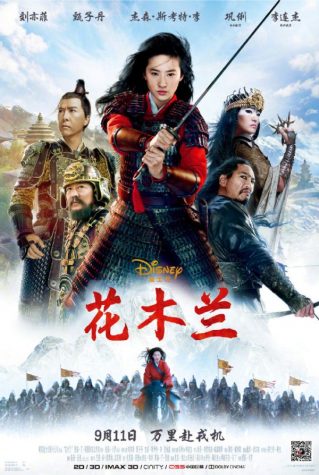 Like many, the 1998 “Mulan” animation was my favorite Disney princess movie. I remember back in 5th grade when I had my own little concerts in front of the bathroom mirror as I lip synced to “Reflection” or danced to “I’ll Make a Man Out of You” until my mom started banging on the door. More importantly, I remember feeling mesmerized by Mulan, a girl who is clever, dynamic, resilient, and able to prove herself to the society and people who previously saw her as trivial. She immediately resonated with my 10-year-old self and gave me the confidence to defend myself from my mom’s forceful imposition of spinach during dinner.

So yeah, you know how excited I was when I heard about the live action remake of Mulan. But after watching the 2 hour film, I had no idea how to feel anymore. It felt like I had just watched 120 minutes of Disney saying “See? We’ve done the cultural rep and feminism and heartwarming happy ending, so you should hand me your money.” With this movie, Disney was overambitious. They tried to appeal to multiple very different audiences, and in that process, failed to please any. From the movie reviews I’ve read from both American and Chinese audiences, I noticed that many were also discontent. As someone who enjoyed the 1998 animated version and a Chinese American myself, I want to talk about why this movie felt so disappointing. Spoilers starting here.

I understand that there are a lot of political and social controversies surrounding the movie and its cast, and I one hundred percent acknowledge their importance. However, I will not be addressing any in detail in this article. I will mainly focus on aspects of the film and its historical and cultural context.

In an interview with USA Today, the director, Niki Caro, stated that she wanted to create a more realistic narrative. “Part of bringing it into the live-action is to commit to the realism of her journey,” Caro said. Producer Jason Reed replied with a similar objective in his interview with Hollywood: “[We wanted] to tell this story in a way that is more real.” Caro also stated how they wanted less emphasis on the comedic (ie: Mushu) and musical elements to fundamentally set this live action remake apart from the original animation. It seems like the 2020 remake of Mulan aims for a more realistic, nuanced, and serious narrative. Unfortunately, this movie accomplished none of the above.

The plot of the movie is what you would expect from a classic Disney princess movie recipe— a gripping prologue, a call to adventure that brings the princess outside of her comfort zone, a conflict that results in some sort of identity discovery or internal divide, the resolution of that internal divide which lead to the final battle against the antagonist, and a happy ending. “Mulan” (2020) is no exception. It is simple, predictable, and contains a lot of fantasy / romanticization that steer the story away from the ‘realism’ that Caro previously emphasized: the phoenix, a supposed manifestation of Mushu and Mulan’s ancestors, always saved Mulan during vital hardships; there was not a single drop of blood or supporting character deaths– romanticizing the atrocities of war and making the film child-friendly.

Reed stated that the reason they cut out all the songs and comedic elements was because they didn’t want to have “the benefit of the joke to hide behind things that might be uncomfortable.” Ironically, even though this film is supposed to be more serious and realistic, Disney still wants to target its younger audiences, excluding anything too explicit. Even though they packed a lot of big ideas into the plot (feminism, identity vs. social norms, importance of family, etc.), none were elaborately developed.

Reed also wanted the story to be more “relatable,” and he took a lot of creative liberties to achieve so. In his version, Mulan possesses chi, which, according to the movie, is a kind of superpower that “only those who are most true” can successfully channel (who doesn’t love superpowers??). Besides the obvious fact that this drastically diverts from the original Daoist concept, it completely took away a lot of Mulan’s charm and weakened the audience’s emotional resonance and relatability towards the character. The Mulan from the original ballad and the 1998 version was a common girl who eventually succeeds and earns her place through determination, bravery, resilience, hard work, while still maintaining her femininity. In this adaptation, however, chi basically makes Mulan invincible. The producers tried to jump on the feminist train by making Mulan stronger than all her male comrades. I think they need to realize that feminism isn’t about making women immaculate and flawless; it’s about showing how women can achieve the same heights and position as men through their own efforts, not through some god-given superpowers. In “Mulan” (2020), Mulan barely had any moments of vulnerability. She was beautiful and competent, but she was also aloof, distant, and definitely not relatable.

In addition, I want to address the historical misrepresentation in the movie. I credit some of the facts from my discussion with Ms. Pace and Dr. Brandon. The story originated from “Ballad of Mulan”, which was a folk song from approximately 400s C.E., when China was divided into Northern and Southern Dynasties; the two halves were both geographically and culturally divided. While the south lined up with more traditional Confucian ideals, the Northern Wei was conquered and ruled by the Tabgach, who were a blend of Turkic and Mongolian peoples. Since the ballad was oral tradition and the Tabgach did not have their own written language, it is highly likely that later generations of ethnic Hans altered aspects of the original “Ballad of Mulan” to better fit it into the customs of a Confucian society. For example, the “Song of Mulan” (c.750 C.E.) by Tang poet Wei Yuanfei emphasized the Confucian value of filial piety. As time passed, perhaps people began to remember Mulan as the girl who bravely defied the social and legal Confucian norms set for women to fight alongside men. Many Chinese audiences, including myself, also didn’t know the accurate historical context of Mulan, for the many of the written adaptations of the “Ballad of Mulan” were largely “Confucian-ized.” Disney’s 1998 and 2020 versions of Mulan both portrayed the story in a Han Confucian society, especially emphasizing the Confucian value of “devotion to family”; this contradicts history but is in harmony with most of China’s perception of Mulan.

“In many ways, the movie was like a love letter to China,” said Director Caro to the state-owned Xinhua news agency. It’s clear that the filmmakers aim to attract the Chinese audience with “Mulan”, but they were also unwilling to risk the market of their English speaking audiences. To Chinese viewers, the sincerity and attractiveness of this love letter was equivalent to how much they are willing to accept orange chicken as a purely Chinese dish. This film was never fundamentally purposed to promote Chinese culture; it was a Westerner tactic that aimed to, frankly, profit from the Chinese market by telling a Chinese story. There were many errors in the historical portrayal of the clothing and building. One example is the Fujian Tulou (the round building that Mulan’s family lived in); Fujian was located in the South, not in the North where “Mulan” took place. Visible westernization of the film also comes through, besides the obvious fact that the Chinese actors are telling a Chinese story using English instead of in Chinese with subtitles. For example, in a scene where Bori Khan sends the emperor a letter to declare a duel, the emperor bravely accepts and travels to the destination. This was very unlikely in Chinese societies, especially in a Confusian one that Disney based “Mulan” (2020) off of. This idea of the duel was “insert” of a Western heroism incorporated to make the story more understandable and relatable for Western viewers. Behind the scenes, there is a lack of Asian representation in the process of the filmmaking, which largely contributes to the historical inaccuracies. Disney, driven by profit rather than historical accuracy, put in inadequate efforts to represent Chinese culture. Unfortunately, Disney goes beyond inaccurately presenting buildings and settings. Portions of the movie were filmed in China’s Xinjiang province, where more than a million Uighur Muslims were held in concentration camps. Facing criticism and backlash, Disney didn’t acknowledge the concentration camps or express any disapproval about what was happening, being either negligent or willfully ignorant in order to avoid publicly speaking up against the Chinese government.

Overall, “Mulan” (2020) felt very disappointing; it was predictable, overambitious, and irreverent. After rewatching parts of the 1998 version with more nuanced and informed eyes, I realize a lot of blatant historical inaccuracies, such as the Japanese flag printed on the Chinese tents, which are undeniably disrespectful. Regardless, its plot was still a lot more engaging than its 2020 counterpart. The live action remake felt like someone wrote down all the aspects of a movie that seemed to please the audience with a gel pen but closed the notebook before the ink dried, and every single idea mushed and blended in with each other to create a messy and overflowing graffiti of a movie. So yeah, unless you’re like my 7-year-old cousin who greatly admired Mulan’s magical abilities and now wants to retreat into the woods to practice her chi, this movie will not be worth the $30 and 2 hours you have to spend to watch it.