“Love on the Spectrum”—or on Zoom 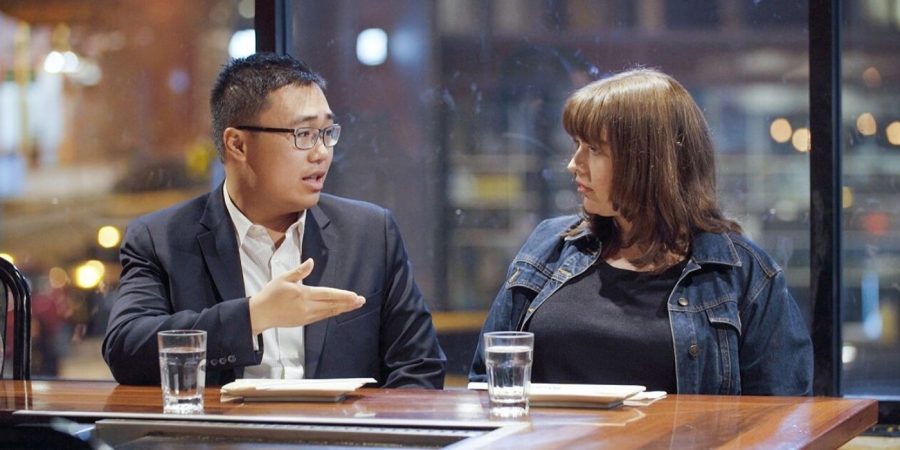 We all know the feeling well by now—stewing in the uncomfortable silence of a breakout room on Zoom until someone coughs or says “so what are we supposed to be doing?” It’s a feeling that has come to characterize my interactions with classmates in recent months. In my experience, the extended stretch of quarantine with no end in sight coupled with over-reliance on technology has created a stiff barrier between my classmates and me. Conversations on Zoom now feel transactional with an underlying quality of pessimism and indifference. Additionally, being forced to stare at myself on a screen during class has made me more self-conscious than usual, bringing any doubts or insecurities to the forefront. The result is an unwillingness between my peers and me to be vulnerable, to speak up, to take an interest in each other at risk of being seen as corny or lame. However, cutting through the negativity is a reality TV show on Netflix called “Love on the Spectrum”, which I found unexpectedly heartwarming and relatable, words not usually associated with reality TV.

As the name suggests, “Love on the Spectrum” follows people on the autism spectrum on a quest to find a romantic partner. For many people on the show, it’s their first experience with dating, and predictably, the dates are often rough around the edges, filled with prolonged silences not unlike those on Zoom calls. Many of the participants lack the ability to read social cues, resulting in choppy conversations. Some dates end early. Some leave the participants feeling disappointed. But despite their difficulties communicating elegantly with each other, each participant shares a key trait: resilience. For instance, even after a disappointing, stressful first date, one participant, Michael, had the courage to go on a second date to a comicon and dress up as a sailor, focused only on having a good time and getting to know his date rather than on what could go wrong. Each person on the show has spent their entire life trying to understand others and to be understood; one disappointing date isn’t enough to stifle their attempts at connecting with others.

Although I don’t have much experience interacting with people on the spectrum, “Love on the Spectrum” felt like one of the most accessible, authentic shows I’ve seen since quarantine began. The show’s storylines feel organic and charming, without taking a patronizing or exploitative approach, at least from my outside perspective. Within the community of people with autism, there have been a variety of responses, ranging from ringing praise to harsh criticism. Kerry Magro, an author and advocate who has autism, lauded the show as “brilliant” in an article in The Mighty, while another author with autism, Marianne Eloise, criticized the show as an inaccurate, neurotypical way of viewing people with autism in an article in Cosmopolitan Magazine. Despite its criticisms—which are certainly valid and must be taken into consideration—“Love on the Spectrum” offers a valuable lesson of the importance of vulnerability and effort when connecting with others.

While there is a plethora of differences between the experiences of people on the autism spectrum and our experiences on the Zoomscape, the core issue of struggling to connect through a barrier is the same, whether that barrier is not being able to read social cues or having a screen filter every conversation. I found the participants’ earnest desire to learn more about each other refreshing and uplifting, a reminder of what can be achieved by leading with vulnerability and empathy, rather than doubt and cynicism. I began watching the show thinking that it would help me understand people different from me better, and while the show certainly helped with understanding people on the spectrum more, it also served as an opportunity to reflect upon my own relationships and how to respond to the challenges we’re facing. Without vulnerability and effort, we will continue to stay in our individual Zoom cells as our sense of community fades. It’s going to be awkward and embarrassing at times, but sincerity and compassion are the first steps towards reconnecting.