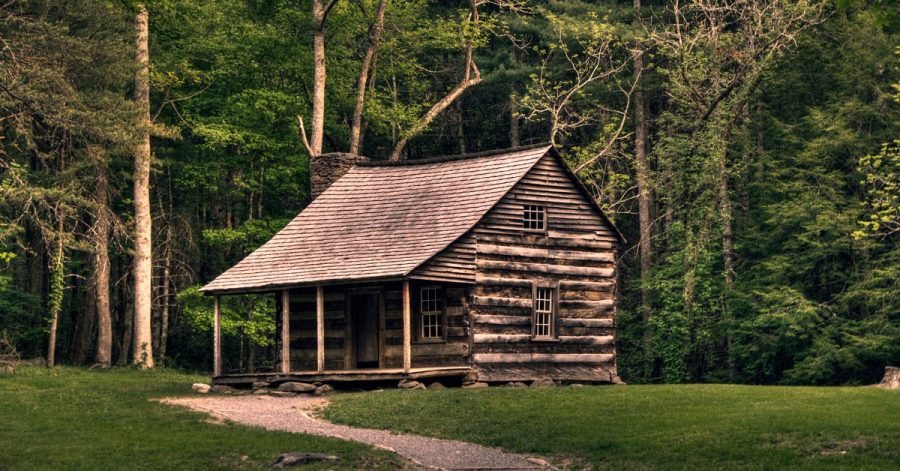 In the late afternoon of an October fall day, a tan Subaru Outback was winding along a wet, empty road into the dark woods of Mt. Baker National Forest. They were on their way to Uncle Marty’s cabin, a remote, quaint abode he had been touching up for the past couple months.

As they rattled over a small bridge Timmy’s father, Micheal, turned to his wife, Anne.  “We’ll be losing cell service soon. If you want to send any final emails for work, you should do that now.”

Timmy sat in the back, with a miniature Lightning McQueen car in one hand and a lollipop in the other. His toy car clanked across the windows as he made loud car engine noises. His mother, suffering from a migraine, had been putting up with her son’s incessant car sound effects for an hour and finally snapped.

She slammed her laptop shut. “Timmy! If you don’t stop right now, we are never going to let you have candy again.” Timmy had already gone through a 15 pack of lollipops and was deeply concerned. He thrust the car into his bag and stared out the window. Moist leaves and moss were everywhere, wet after a passing rainstorm. He blew hot air on the window and drew a smiley face in the fog. Finally, they reached the dirt driveway of the cabin, officially lost in the middle of nowhere. Uncle Marty and his new wife Amy sat on their front porch in the shadows of a large cedar tree. They all hopped out of the car and greeted each other.

“How was the drive?” asked Uncle Marty.

“Not too bad, but we didn’t realize it would be this far away!” Micheal responded.

Timmy, however, didn’t care. He spotted Buddy, his uncle’s dog sleeping in the corner of the living room. He rushed over, petted him and gave him a big hug. Suddenly, Aunt Amy stood over him. She stooped down and whispered that she had made him a very special scavenger hunt.

“But I don’t want to!” exclaimed Timmy. “I want to play with Buddy!” Amy had put a lot of work into setting up the hunt, so she told him he could bring Buddy along and that there was candy at every new spot. Timmy smiled.

“What kind of candy? Is it lollipops? Chocolate? Where am I going? I’m in!”

“Since you’re now a big boy, you can go by yourself. Your parents and I will be waiting on the front porch. Your first clue is here.” Amy gave Timmy a wink and turned around.

“If you need help just holler!” she called after him.

Timmy picked up the piece of paper and tried to recognize what the drawing depicted. He immediately figured it out and sprinted out of the house, with the dog at his heels, to the big cedar tree. Timmy had noticed it on the way in and knew exactly where to go. When he reached it he was delighted to find a pack of gummy bears and the next clue taped to the bark of the tree. Timmy sat down and took a candy break.

Buddy wandered around the tree and sniffed. Something caught the dog’s attention and he dashed off out of sight. Timmy finished up the last of the gummy bears, looked up, and the dog was gone.

“Buddy! Where are you?” Timmy thought he heard Buddy, so he left the trail and crashed through the woods until he found himself in front of the garage and decided to peek inside. Shelves full of rusty nails, old fishing rods, car tires, a teddy bear, banker boxes…

As his eyes adapted to the darkness a voice sounded from the corner of the garage.

“It’s been too long since I’ve met new friends.”

“Who are you?” Timmy asked.

Behind Timmy the garage door opened and he turned around to see Amy standing in the doorway, Buddy at her side.

“I see you found my old teddy bear. Did he talk to you? He’s a very special bear. Why don’t you bring him with you?” Amy said, smiling. “Here is your next clue, in case you got lost.”

As soon as Aunt Amy turned back toward the cabin the bear spoke in a soft voice. “Follow me and we’ll have all the fun in the world.”

Timmy glanced down at the clue. It pointed towards the main road.

“But that goes away from the cabin.”

“Don’t worry, you have me, and do you think your Aunt would put you in danger?”

He paused, looked at the map, then walked out the door with the bear in hand. He started down a long path, littered with pine needles and wet, rotting leaves. He kept on the trail, as the woods grew darker.

“What was that?” Timmy asked. “I think my mom is calling me, I think I should turn back.”

“Are you sure? I didn’t hear anything; you must’ve been imagining it. I know there’s lots of candy up ahead.”

The trail went deeper and deeper into the moss covered woods. It started getting darker and Timmy noticed shadows high in the trees.

“What are those?” His eyes darted from shape to shape.

“I don’t see anything, look at the trail, we don’t want you to trip and hurt yourself do we?”

Timmy was so deep into the forest he could hardly see the sky above. Ahead, a split appeared in the trail.

“Take the left,” the bear whispered.

Then Timmy saw it, a glorious bag of Skittles hanging from a post; below it in running ink was scrawled the words “candy prize winner!” Timmy ran and as he reached for the bag, the ground beneath him gave way and he fell into a deep pit.

In pain and lost, he was trapped. Timmy screamed, jumped, and attempted to climb the walls. Rain started pouring overhead. Cold and exhausted, he clutched his legs, shivering at the bottom of the muddy pit. Then he heard footsteps approaching the pit.

He started hearing strange noises, as if something was being dragged across the forest floor. As he looked up a huge branch was drawn across the top of the hole.

No response, except for the dragging of branches across the earth.

When one final crack remained, he saw the ghostly, white face of his Aunt Amy smiling down upon him with the teddy bear in her arms. He thought he saw the bear wink as she covered the last remaining piece and he was left in darkness.