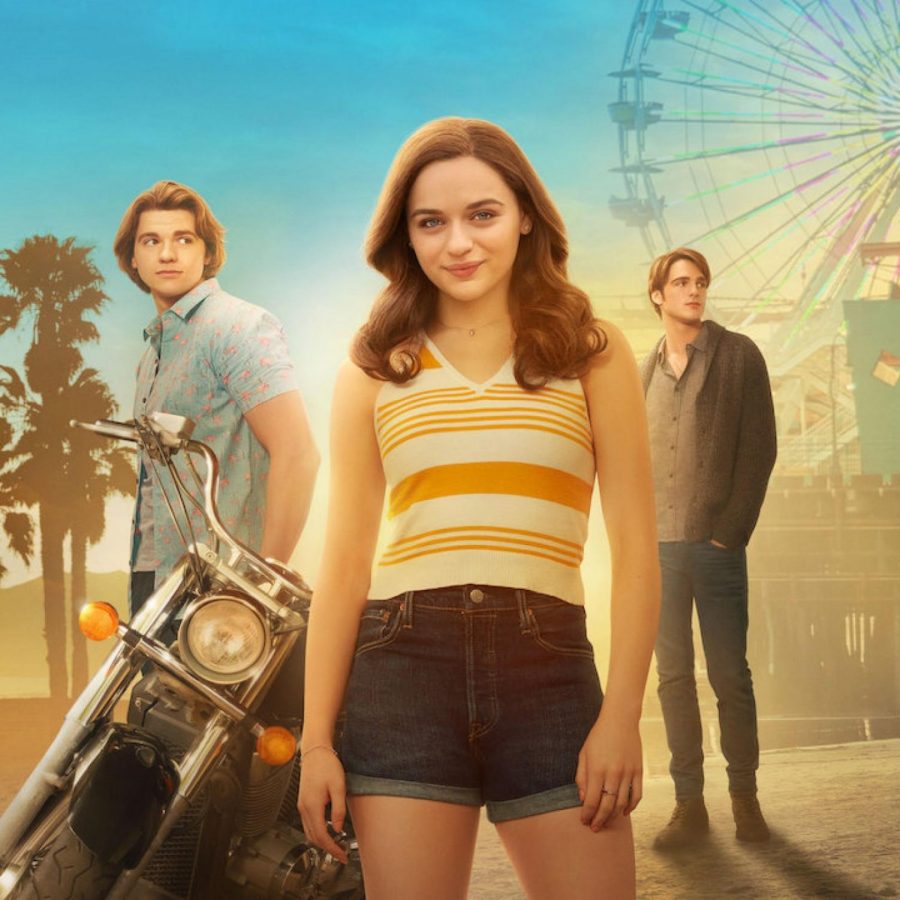 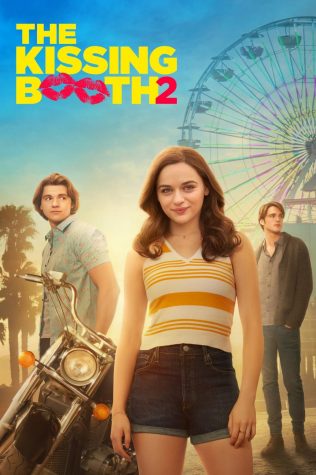 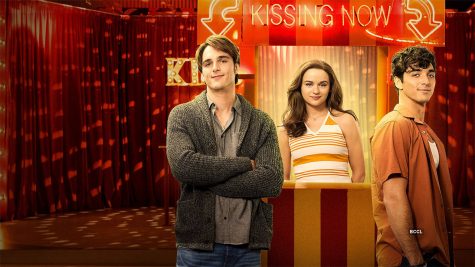 Reading the title of this article, you might have a few reservations, namely: what if I haven’t seen “The Kissing Booth 1”? Worry not. I’m here to tell you more than you ever needed to know about this franchise most terrible. Don’t worry: I, your steadfast media critic, saw both movies this summer. In fact, I saw a number of downright awful movies (mostly romcoms), and I can’t fully blame quarantine. Most every Friday I sat down to watch some new version of the same old story with new, horrifying twists. (I have determined that, thematically, “After” was certainly the most troubling watch. “Sierra Burgess Is A Loser” was not far behind.)

So. “The Kissing Booth” Part 1 of Way Too Many. What do I remember? I remember thinking that a kissing booth sounds like a terrible idea (watching it during a pandemic really hits different, you know?). I also remember that everyone is a terrible person. That carries into the second movie, as well. Our main character Elle (Joey King) is a pretty basic self-insert character with a forgettable backstory tinged with tragedy (mother died) and nostalgia (has a lifelong best friend). You know the vibe: straight-A’s, but never does homework, eats whatever and maintains a camera-friendly body type. Of note, she and her buddy Lee (Joel Courtney) are really into offbrand Dance Dance Revolution. This, of all things, becomes important later. She’s entering her junior year with Lee, but she’s secretly been hot for his aloof big brother, Noah (Jacob Elordi). This is a problem because there’s a set of rules that Lee and Elle made when they were six that specifically bans this type of attraction (mighty convenient, huh?). The first day of school does not go as planned and we are introduced to the director’s fascination with showing us way more of Joey King’s body than is comfortable, especially considering that she’s playing a minor. In a subsequent fight, Noah throws the first of a few punches in Elle’s honor and it’s off to the races. She’s afraid Lee will be mad (he is), they want Noah for the kissing booth (which he never actually does; he only kisses Elle, of course), and she tames his wild playboy side by being the most special and amazing lady on the planet. The conflict is dull, the kissing booth means nothing, and Elle and Noah get together. Woohoo. Oh, and Noah is going to Harvard.

Now onto “The Kissing Booth 2.” Noah is ‘going to school in Boston,’ as they say, yet is constantly calling his high school girlfriend and has the audacity to be miffed when she doesn’t pick up because she is in class. This relationship is toxic. Just classically toxic. There’s no trust, and they don’t seem to be able to communicate beyond expressing attraction to the other. Is this what Harvard is accepting these days? Anyway, Elle and Lee decide to do another kissing booth to sponsor their Walmart DDR club (it’s just the two of them) but they need someone *attractive* to do it. Cue the Other Man: Marco (Taylor Zakhar Perez). Marco, the convenient transfer student, is just as much of an absolute nothing of a character as Noah is, but (and this is Very Important) he is, in Elle’s words, ‘a snack.’ He’s also really into that stupid DDR ripoff. With that, he and Elle have more in common than Elle and Noah. The only difference I can see between the two men is that Marco is Latinx and doesn’t seem to have the same level of anger issues. I guess he plays guitar? That’s it. It’s a sloppy copy-and-paste. Unfortunately, Elle is quirky and clumsy and announces her amazement at a video of Marco working out (who took this? Why was this taken? Very distressing) over the intercom. Somehow she goes on for what seems like forever talking about his body. It’s deeply uncomfortable, and the slapstick routine they give to Lee to break up the awkward, horny monologue does not make it any better. Somehow Marco finds this sexual harassment endearing and approaches Elle. They have a cheeky conversation and it’s off to the races (again).

Not into this plot line? Fear not! There are a thousand other ones, and Elle is always the problem. Lee’s plot-girlfriend Rachel (Meganne Young) is constantly third-wheeling his friendship with Elle and they’re such good friends that he can’t communicate this entirely understandable feeling to her. This movie entirely misunderstands the college process and Elle applies regular decision to UC Berkeley knowing nothing about it in August, before anyone else reads her essay or she asks her working single father about their financial situation. She’s told her original essay is bad, but, in my humble being-the-character’s-age opinion, the one she reads to us at the end of the movie is not better. There is a token gay character who gets his token gay moment. Noah, being super confident and not at all needy, asks Elle to consider applying to schools in Boston. Elle, being equally as confident, is sure that Noah is cheating on her with the age-appropriate and totally gorgeous Chloe (Maisie Richardson-Sellers). Chloe is the best character in this movie; I love her and will not take criticism. Spoiler: Noah is not cheating on Elle, but since they’re such good partners she can’t communicate this fear to him. Like I said, toxic. Elle bombs a college interview (she will get in anyway). Molly Ringwald is in this horrible movie for some reason. The list goes on.

Elle’s need for money, her reckless college decision making, and Marco’s random DDR skills culminate in her deciding to partake in a DDR tournament with a prize of $50,000 (you know, the cost of maybe one year at a private 4-year institution like, say, Harvard?). Lee fakes an ankle injury to spend time with Rachel and pushes Elle and Marco into their nauseating will-they-won’t-they dynamic. Of course they win. Upon finishing their performance, Elle is so overtaken with emotion that she kisses Marco. But Noah was at the performance to surprise her! Oh no! Okay, be honest, who saw this coming? But she’s the most special and amazing lady on the planet, so Noah forgives her, and they choose each other in the end, no matter what Elle tells Marco at the kissing booth about ‘having feelings’ for him. It’s supposed to be romantic, but it feels sad. Noah and Elle both choose the familiar misery of the other because, at eighteen, they know everything. Elle gets off the waitlists for UC Berkeley and Harvard, which is perhaps the most unrealistic part of this movie. She’s torn between going to school with her best friend and her boyfriend. Nothing for herself, her own sense of agency, or her future. I would not suggest this, but what do I know? I spend my Friday nights watching this crap. I want my time back. This movie felt exhausting.

Why this, Netflix? Why this trilogy? In a time of mass cancellations and subsequent mass outrage, why was this the move? Shows like “I Am Not Okay With This” and “The Society” are the newest in a long line of critically acclaimed series cut short by Netflix for seemingly no valid reason. The explanation is usually vaguely monetary or something about accessibility to new viewers; most recently, COVID has been to blame. Yet, somehow, I am free to watch as many Harry Styles Wattpad fanfic adaptations as I please. The representational significance of “IANOWT” and “The Society” to the queer community is not lost on critics of the moves to scrap the shows after one season each. As streaming becomes increasingly competitive, decisions like this are critical to Netflix’s longevity and viewer retention. These shows were not unpopular, especially among younger demographics, so why push the same old formula in the form of The Kissing Booth 1, 2, and 3? Ironically, I believe we can find the answer in the media- and messaging- that Netflix does manage to put out: like Elle and Noah, Netflix would rather hold onto familiar misery than risk what they have for the potential gain of some as of yet unknown benefit.