Confessions of the Cancelled 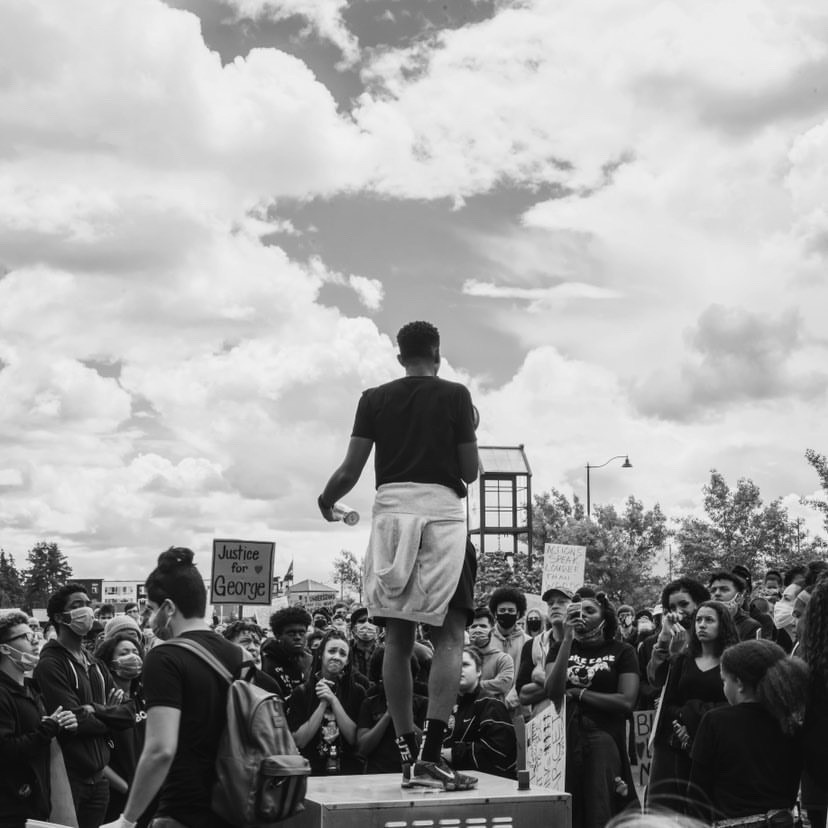 When Lakesiders end up in the news, it’s usually because of some praiseworthy achievement. This was not the case for recent grad Zach B. ‘20, who the Edmonds Beacon condemned in an article this July. During an Edmonds City council meeting, Zach, in his position as Youth Rep, gave a “six-minute diatribe that denounced Black Lives Matter and called white racism a lie.”

In response, other council members and the Edmonds Youth Commission quickly disavowed Zach’s statements. Less than two days later, Mr. Noe, Head of Lakeside School, published a letter stating that Zach’s opinions were not “reflected by our community and are antithetical to Lakeside’s mission and values.” Criticism of Zach’s comments didn’t just come from above; former classmates posted about the Beacon article on social media, with one alum (‘20) writing, “Lakeside— racism and white supremacy is alive and well in our community.”

The swift online outcry that followed Zach’s comments is an example of the recent phenomenon known as “Cancel Culture.” Dictionary.com describes cancel culture as “the popular practice of withdrawing support for (canceling) public figures and companies after they have done or said something considered objectionable or offensive.” In recent news, formerly acclaimed celebrities like Ellen DeGeneres and authors like J.K. Rowling have been the targets of widespread cancellation. Although it only occurred within the Lakeside and Edmonds microcosms, the reaction to Zach’s comments may mark the first time a Lakesider was truly cancelled.

The nature of Zach’s comments warranted an immediate response from both Lakeside and Edmonds, but other cases of student cancellation are notably less severe. Victor X. ‘21 was the target of a small-scale internet backlash after publishing a satirical article that criticized trends in the online literary community. In response to Victor’s article, an adult Twitter user characterized Victor as “a man belittling the work of teenage girls” Another comment accused him of “punching down at BIPOC teens.” Victor, who is 17 and Asian American, made no reference to gender or race in his article.

Victor’s opinions were not so controversial as to be without backing; defenders and detractors both spent hours exchanging dozens of messages in heated Twitter threads. Despite the support, Victor said, “ I was in fear of the narrative that was being told about me— I had no control over it.” Even in light of his negative experience, Victor made it clear that he personally saw a lot of value in cancel culture as an overdue “national reckoning” of sexism, racism and other prejudice.

Another student, Kamal M. ‘22, wholeheartedly supports cancel culture. As a representative of BLM Shoreline, Kamal bases his stance on the philosophy of past activists and said,

“In some circumstances, I would consider cancel culture to be necessary to forward the movement of BLM. When Malcolm X led a civil rights movement, he willingly cut off anyone who wasn’t contributing to his movement. This, in turn, made the movement more powerful.”

Kamal eventually applied X’s doctrine in his own life: “I felt it was necessary to terminate a friendship between myself and a friend who I had not known was a Trump supporter.” Kamal pointed to examples of continued systemic racism to explain his direct approach. “There are countless actions that could be taken by our politicians that aren’t, so at the end of the day, it’s in our hands,” said Kamal.

It’s clear that Lakeside is becoming more and more acquainted with cancel culture as students advocate for it or experience it. Right now, there isn’t much of a precedent for how Lakeside will respond to cases of student cancellation. Zach made his comments once he was out of the jurisdiction of the school, while Victor wrote an article that was only controversial in the context of a specific community. Neither of these cases resulted in disciplinary action, but in future incidents, Kamal supports school involvement: “Lakeside should take necessary action without hesitation.”

Jenny L. ‘21, chair of Lakeside’s Judicial Committee, clarified the disciplinary murkiness around cancellation. She explained that a student’s comments would still be measured against the school’s community expectations, online cancellation or not. “It’s not exactly the social media backlash that would constitute falling under JC but rather what the student did (or didn’t do) that led to the social media backlash,” said Jenny.

As the year progresses, it’s almost certain that more Lakesiders will become directly involved in cancel culture. Perhaps Lakeside’s remote setting will force all student discourse to take place online. Maybe students will face disciplinary action for not only voicing problematic opinions, but for launching overzealous attacks against such opinions. Only time will tell what’s in store for Lakeside’s school culture.