Coronavirus At The Movies 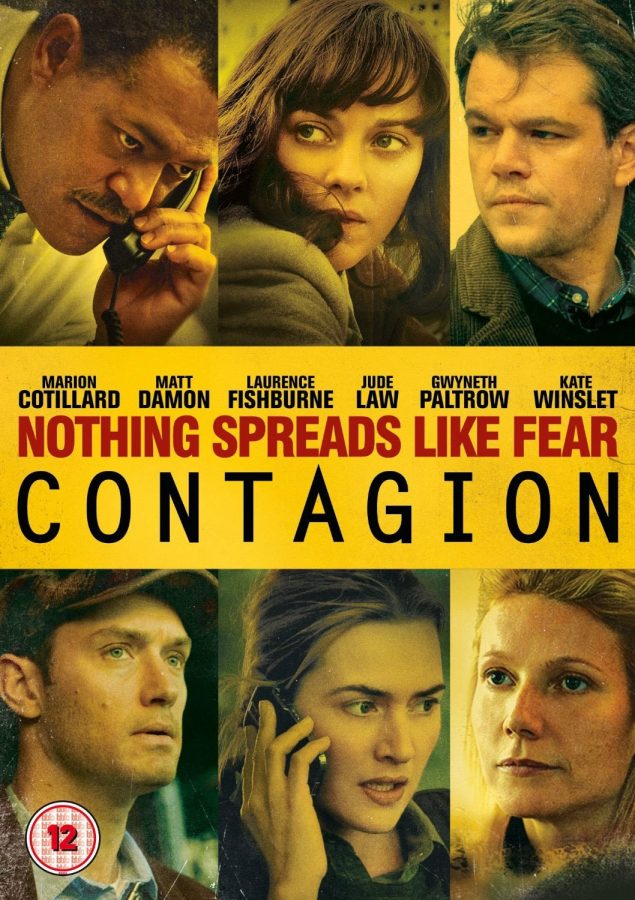 Right now is, to be concise, a scary time. We’re in the midst of an event that threatens to upend our plans, take over our lives, and transform every day into a boring and painful monotony. No, I’m not talking about the start of the fall semester. I’m referring, of course, to the pandemic. My last article was a history lesson on past outbreaks, and in that vein I’ve decided to consult an even more reputable source about what’s going on: Hollywood. Disease/outbreak movies are a well-cultivated little genre, and for this article I’ll be going over a couple of my favorites.

World War Z might be the smartest zombie movie ever made, which still isn’t saying much. This 2013 blockbuster showcased a somewhat realistic view of what a real zombie outbreak would be like, complete with geopolitical conflicts and incompetent world leaders that could fit right into today’s newspapers. And if you’re not a massive nerd, just watch Brad Pitt take down an airplane with a hand grenade. This movie’s zombies are fast-moving and dangerous, making for two hours of entertaining action sequences right up until the disappointing ending. It’s the perfect popcorn flick to enjoy in the background of a Zzoom class.

Once you’ve gotten through a stupid, fanciful zombie movie like World War Z, why not watch the 2001 film that pretty much predicted Ccoronavirus? Steven Soderbergh’s Contagion features a bat-based respiratory virus, originating in China, that infects huge swathes of the world and sends major cities everywhere into quarantine. This uncanny resemblance makes for an eerie viewing experience, somewhat like a very high-budget PSA that no one really paid attention to. At least this virus was over in 101 minutes plus credits, whereas ours is at five months and counting (not to mention the much-hyped second wave sequel).

Lastly, while you’re at home with family, check out It Comes At Night. Falsely advertised as a more traditional horror movie, this 2017 indie turned out to be a taut psychological thriller about paranoia and pandemic. Two families living together in a disease-ravaged apocalypse begin to fear and mistrust each other, building up to a brutal climax that hits harder than a Tuesday night homework load. It Comes At Night reads as a cautionary tale of how human nature can infect and harm just as well as any virus, and in this sense it’s just as relevant and topical as Contagion.

Having described my three favorites, I’ll throw out a couple honorable mentions. Andromeda Strain, 12 Monkeys, and 28 Days Later are all excellent plague/disease movies that didn’t quite make my cut, and the “bring out yer dead” scene from Monty Python and the Holy Grail never fails to amuse. With theaters closed, it’s the perfect time to stream some movies you might have missed in years past. Two more hours of daily computer time can’t hurt on top of the seven or eight they’ve made mandatory, right? Happy viewing, readers, and I’ll see you in person sometime soon.