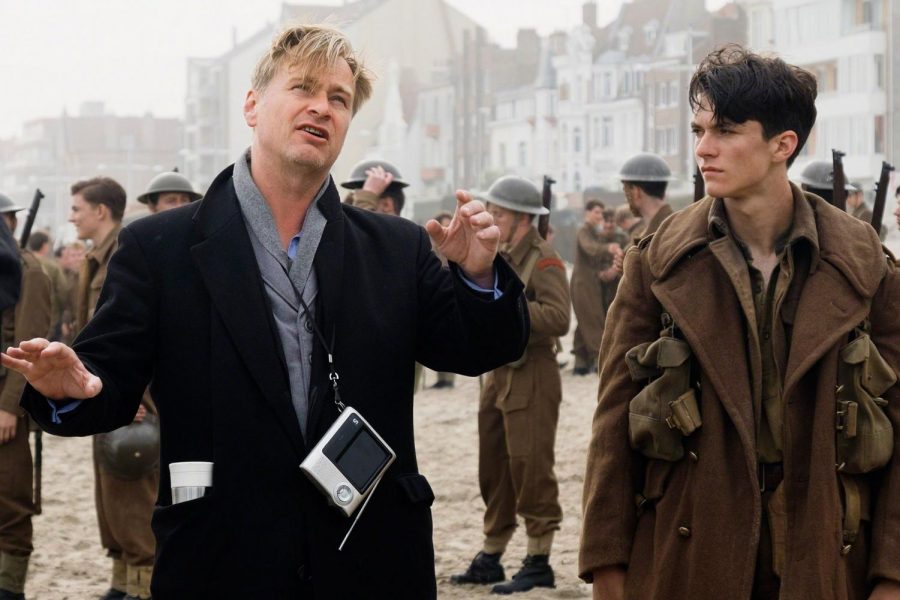 It is the middle of March 2017. I am a stupid middle schooler, and it is time to visit the local theater and have a nice popcorn-munching experience, because movie popcorn is a godsend and yes, I am currently in popcorn withdrawal.

At the time, the movie season was rather dry. The options left to me, a little bitty baby boy 6th grader, were even fewer. I had to choose between the following: Leap, a movie that chickened out of being called Ballerina in favor of marketability; Your Name, a masterpiece of modern filmmaking, with endearing characters, well-written dialogue, and inventive storytelling; and The Boss Baby, which is stupid and ugly and stupid and crap. And you know what my itty bitty baby boy brain decided to watch? You guessed it, the goddamn Boss Baby. That’s right. Between the choice of a state-of-the-art, artistic, heartfelt passion project and *generic animated childrens’ movie #34 inexplicably nominated for an Academy Award*, I chose Alec Baldwin Baby. But every baby, tiny, stupid child takes a step into adulthood, and what got me started on this crusade to watch good movies and become the ALLKNOWINGONE in terms of incredibly pedantic internet favorites was a movie I watched in late 2017, namely, a war film called Dunkirk.

I vaguely remembered seeing a trailer for Dunkirk in March, and the magazines made it sound interesting enough, so I went to see it. The movie itself was exceptional, probably the best movie I had seen and been able to recognize as great (technically the “best” movie I had seen up to that point was The Empire Strikes Back, and that was when I was 8), but it did not flip a “suddenly all-knowing” switch in my brain. I did very much enjoy the movie, though, and so I did some research. One thing led to another, and boom, I suddenly got into film.

Without further ado, I’m going to celebrate the tentative release of Tenet as well as Mr. Nolan’s 50th birthday by taking a look at all 10 of his films to date, in order of least favorite to favorite. To prevent myself from getting carried away, I’ll limit myself to 75 words or less.

Also, mild spoiler warning for all of the movies here.

Insomnia is an okay film. Starring Al Pacino and Robin Williams, Nolan’s second outing proves entertaining enough. It’s obvious that it is an adaptation of a novel, as it lacks his flair, and the plot is surprisingly simple. It is intriguing enough to stay invested in, the titular insomnia is concerning, and the atmosphere is well-done, but in the end Insomnia is just an “okay” movie, and doesn’t feel like a Nolan movie.

Pretty good; one of the better Batman movies ever made. Still, the runtime is long, but many sections overstay their welcome or are organized strangely. Some of the plot points are strange at best, stupid at worst. Making Bane the equivalent of a henchman ultimately did not pay off. Still, it is a good Batman outing. The acting and action are phenomenal and the film is a good cap-off for the trilogy.

Nolan’s first foray into filmmaking is actually quite intriguing. Despite the shoestring budget, he managed to craft an interesting story and characters with personality. The plot is engaging, and the buildup to the final reveal is compelling. Nolan sets up many clues, even through simple, seemingly throwaway dialogue, so the ending seems obvious, but unsuspected. Although unrefined, there are the makings of all future Nolan films hidden under the black-and-white 16mm film stock.

I actually like Batman Begins a lot. The atmosphere is so different from the rest of the trilogy, and rightfully feels choking and grimy. It feels a lot closer to the wastelands of Joker than any of the other films. The music is stellar, a very unique take on Batman, and marks Nolan and Hans Zimmer’s first partnership. Despite the sub-par action and some plot beats missing their mark, I still enjoy this movie.

Inception falls into the same pitfall as Interstellar by having too much dialogue-based exposition, and some of the action falls short of expectations (especially since The Dark Knight released 2 years prior). Still, the sheer bombasticness of the concept, the fun set pieces, the incredible score, and the acting are all massively redeeming. Mal’s role as Cobb’s guilt is oddly terrifying but emotionally satisfying. The ending, of course, is mystifying and one for the ages.

The Prestige is a criminally underrated film. The pacing of the movie is excellent, the acting is incredible, and the setup for the final reveal is miles beyond anything Nolan had done, indeed, has done so far. The slow descent of both magicians into obsession to the point of literal magic is haunting, but intriguing, like a slow-motion car crash.

Interesting tidbit: the movie is a magic trick; a pledge, a turn, and the prestige.

Admittedly, I have a soft spot for this movie. I love space travel-related movies, and this was probably what kick-started my fanaticism in the topic. The concepts are executed so well that I have to love it. It has flaws, like its exposition and blunt themes, and it is longer than most can bear. Still, I love the cinematography, I love the emotion actors bring, and I love the music, I just love the movie.

Bonus, because I think I earned it: the black hole in Interstellar, Gargantua, is computer-generated. The physics advisor, Kip Thorne (Nobel Laureate, and friend/colleague of the late Stephen Hawking), collected all of the necessary mathematical equations, plugged them into a supercomputer, and got Gargantua. To make it more visually appealing to the audience, Nolan added debris and took out Doppler red-shift, but otherwise it is the most accurate depiction of a black hole to date.

In any other list The Dark Knight would be first, but it just doesn’t resonate with me as much. I’m not sure why either. The action is a clear step up from Batman Begins, the acting extraordinary (not just Heath Ledger, all of the roles were award-worthy), and the themes are each powerful and valid in their own way. The pacing is excellent, the dialogue sticky, the score amazing, and the ending is nigh-perfect.

The classic Nolan film, Memento is wonderfully mind boggling. The choice to order the plot non-linearly is inspired, allowing the audience to see Leonard’s dilemma while allowing them to later draw out what is really happening. It is wonderful, and the only way the movie works. The philosophical questions of deluding oneself, the way Leonard does, is provocative. Finally, I love that Nolan trusts the audience to follow along (for better or for worse).

Truthfully, Dunkirk is not Nolan’s best work. I still find his aversion to CGI cripples the film in many wide shots. Still, the pacing, the cinematography, the acting, the triple perspectives, the organization of this movie still hits me to this day. The practical effects pack a punch, the music is nail-biting, the sound design is music itself, and the final quarter still fills me with a sense of British pride. I’m a Korean-American teenager.

I’m going to address some of the obvious questions. Do I think Christopher Nolan is the greatest director of all time? Hell no, I don’t even think he’s the best of our generation. His partnership with Hans Zimmer is incredible, but not nearing the legendary status of Stephen Spielberg and John Williams. Give them a few more decades and maybe. Even nowadays, I think directors like Tarantino, del Toro, Villeneuve, and Bong outstrip him one way or another. However, Nolan introduced me to the art of filmmaking, and looking at movies through more lenses than just “haha, movie funny” or “haha explosion cool.” I mean, I still watch those kinds of movies, but I got the chance to expand beyond that. His filmography remains novel and unique, and even if it’s gimmicky for the sake of gimmicks, I don’t care, I still love picking apart puzzles and discovering what he wants us to see. This is why Nolan remains my favorite director, a flawed perspective or not.

Whether Tenet lives up to expectations remains to be seen. Early reviews seem to be similar to Interstellar, but I doubt I’ll ever be able to see it safely, so I guess I won’t know until a couple months from now. I really wished they would delay the release a few more months; I’m not sure what Warner Bros. or Nolan is thinking by doing this. In the meantime, it was nice to see Nolan’s progress from student filmmaker to one of the largest filmmakers in modern times.