What Changed With How We See Hamilton 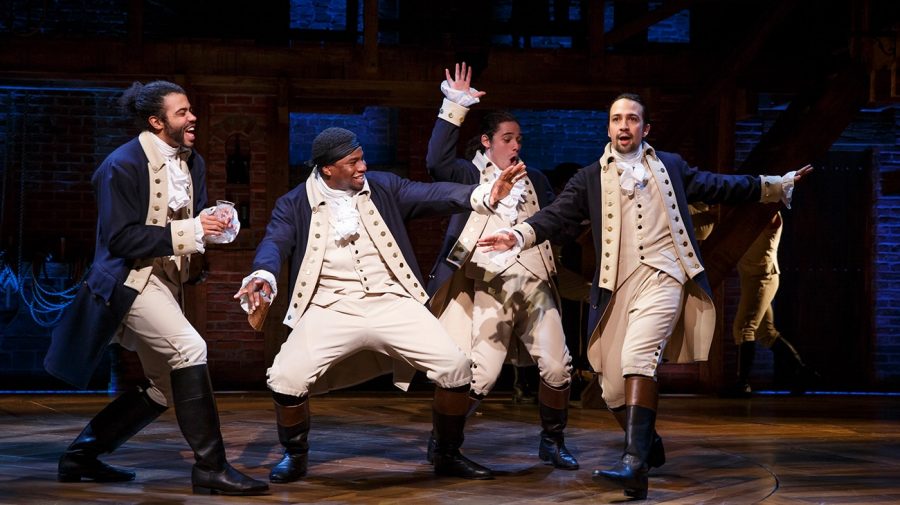 On July 3rd, the long-awaited filmed version of Hamilton, Lin-Manuel Miranda’s smash hit musical about Alexander Hamilton and the founding of the United States of America, dropped on Disney+. Accelerated by the pandemic, Hamilton’s release could not have been more timely. Besides arriving at a time when many people started to feel starved of a new cultural event, Hamilton arrived during a nationwide reckoning of what it means to be an American, especially with regards to race. Here was a piece of media about what it means to be American, presented by people who have and continue to be trodden upon by America. Hamilton: the Musical and Hamilton: the Movie have arrived to the public in two very different times in United States history. After all, Obama was still president when the musical first took its bows on Broadway. When examining the same piece of art in two different cultural contexts, there are bound to be some major differences in perception. What changed with Hamilton?

Upon its release on stage, Hamilton was hailed as a major step forward for representation of people of color on Broadway. The show features a cast of almost entirely BIPOC (Black, Indigenous, and people of color) actors playing the roles of white historical figures. As Lin-Manuel Miranda said, “it’s America then played by America now.” Hamilton’s acclaim was immediate and widespread: tickets sold out for months on end, it won a slew of Tony awards, and was even awarded the Pulitzer Prize for Drama. It attracted a large online fanbase of teenage theatre enthusiasts, a group largely responsible for the continued interest in Hamilton and musical theatre in general, and likely accounts for many of the streams the filmed version on Disney+ got.

In times of crisis, many turn to art for comfort or to escape the world around them. With production of TV and movies halted and theater lights dimmed, the entertainment world has been starved of new content. Along came a highly accessible version of one of the decade’s most talked about musicals, and what better way to spend time than by watching a musical that makes you nostalgic for a simpler time, free of deadly respiratory disease and the vague feeling of immense dread? Hamilton was the talk of the internet for a good couple of weeks, and discussion ranged from praise for its actors to memes about Lin-Manuel Miranda biting his lip to criticism of its themes. Much of this criticism was absent from the initial reception of Hamilton, so what changed?

A major factor changing the way Hamilton is talked about is the resurgence in the Black Lives Matter movement. In an era where more people are becoming anti-racist and actively critically examining the world around them, it seems that more and more people are willing to critique where Hamilton might fall short. For some, the portrayal of people who were slave owners as the heroes of the story puts them in too complimentary of a light. The whole show is quite patriotic, and for the increasing number of people who are falling out of love with the idea of being an American, it is a bit too red, white, and blue. For others, Hamilton skirts around race too much for a show marketed so heavily on its cast of non-white actors. It features a cast of almost entirely BIPOC, but by virtue of all the characters being based on white historical figures, there is no head-on addressing of racism (aside from a few lines about John Laurens being an abolitionist). It is nice, polite, and doesn’t take a very aggressive stance on anything. These criticisms were ones largely invisible from the conversation around Hamilton several years ago. These new thoughts, probably brought on by the cultural context of 2020, signify a change in public willingness to critique the media we consume. People’s mindsets have changed, very likely because of the recent national focus on race and racism. There’s something very optimistic about Hamilton, and this kind of hope just isn’t cutting it for a lot of Americans anymore.

For all the criticisms it has received, Hamilton is still undoubtedly an important piece of art, and the filmed version still received a large amount of praise. It remains the most acclaimed musical of all time, and its impact on musical theatre is unmatched. However, it is possible to appreciate something and acknowledge where it falls short. Watching Hamilton: the Movie, something that was filmed in 2015, feels like opening a time capsule. It is a window into the conciliatory optimism of the mid-2010s, and understanding what has happened between its Broadway premiere and its drop on Disney+ reflects how the mindsets of many Americans have changed.