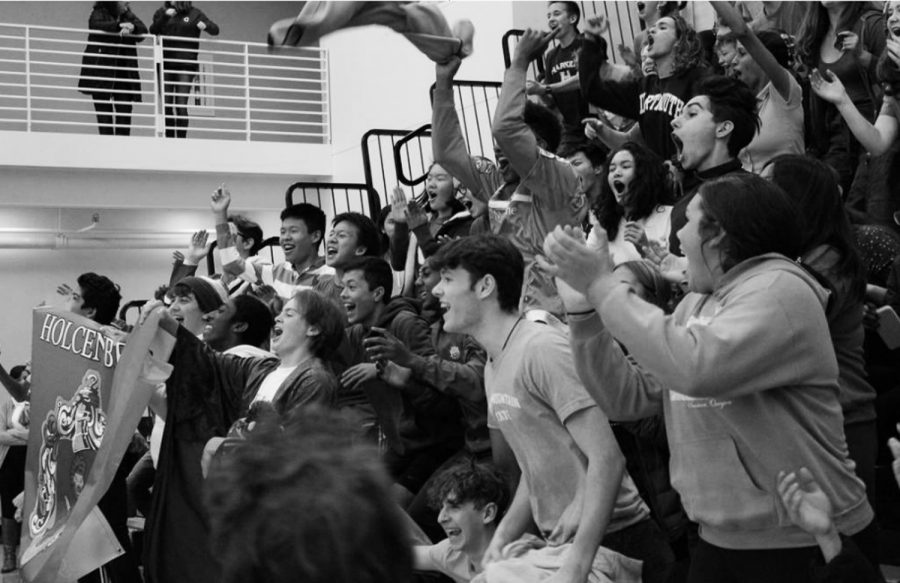 Adrenaline rushes through me, and I’m jittery for the few seconds it takes to open the email. A no-homework day due to victory in the cutthroat arena of the House Competitions? Considering I haven’t much contributed to my House, ever, a no-homework day is a deal I’m more than willing to cash in on. I’m quick to rush to the message, which trumpets a stunning Trudgian victory. Once open, it takes me a second to see it, a gloating little line of text, center-justified, tiny. I have to squint to read the words in stark white: “lol. just kidding. you thought.” I did think. I suppose I was gullible enough to be trolled, so to speak, and once I realize this, I sadly click off the email. So much for a break from work.

Clickbait House Assembly emails are the tip of the iceberg when it comes to all of the ways in which the entire system seems moderately broken. For one, I recall a friend of mine last year remarking that Houses seem very out of place at a modern school like Lakeside. I have to agree: is there really historical precedent for the Houses? While they do provide the occasional lapse of monotony during the school year, and allow for some ironic chauvinism (take that, Nordhoff!), sometimes things feel amiss. It’s like someone read Harry Potter and decided that would be the flavor of some of our most beloved scholarly distractions, from movie nights, to spirit days, to our very own House Assemblies and Competitions. But I digress. Whether or not there is historicity to the Houses, I think doing anything to inform students of what Houses mean, and represent about our academic development, would be a great way to build community. This sort of small change is what I recommend be made on many levels of the House Assembly process.

My first proposal is related to the idea of education. Personally, I find the Houses to be functionally indistinct. I get a kick out of reminding myself that “I’m better” by virtue of my being a Trudgian (that is our House motto), but I think that’s about as far as the thing goes. I don’t know what Trudgian stands for, nor do I have any grasp of its history, its workings, anything! All I know is that I wear black to the Competitions. I usually wear black regardless, but it’s a fun qualifier. Seriously, though: what does being a Trudgian mean? Surely I’m not really just “better” for no reason?

Another idea of mine is to revamp how House Assemblies connect with students. I’ve been made aware that there is indeed a House Committee which runs much of the process, which includes setting the activities for Competitions. The committee is so divorced from the student body, in my opinion, that I would never have imagined Houses to be run by anyone but the administration. Renegade? Seriously? Nothing screams administrative body more than that. Now, I don’t mean to sound harsh. I just feel that House Competitions get a lot of scorn for seeming to come out of left field, and it’s hard to argue with that idea when no one seems to have much of a grasp on what the activities will be or who decided said activities. Why not poll the student body? Why not attempt to establish some routes of communication between the masses in the stands and the select few who run our House affairs? Why not extend the idea of student participation to what I imagine could be the greatest source of school spirit of the entire academic year? Promote participation and transparency, I say!

I would argue for a final change, at least that I would find worthy of putting into an article. What I would say is the greatest issue with the House system, along with many other similar programs which are meant to foster community and offer some levity amid endless tests and quizzes, is this: a disconnect between “regular students” and the people who shepherd them in attempts to make things like House Assembly fun and engaging. Be they the administration or a specially picked group of students, there are many small groups which work among themselves to guide the student body through any number of activities. Why, then, does it seem that most of these activities suffer from a lack of prescience, authenticity, or even knowledge of what the regular student wants? And this isn’t just my own opinion talking. Were there to be outreach to the student body, though eyes would roll, there would be feedback. What’s more, there would be genuine interest in whatever might be sold to the student body as a great bonding activity — which I believe House activities have the potential to be! Lakeside is a place of prestige, but I believe we can learn to have fun. We just need to be comfortable with taking the reins ourselves.

House Assemblies are a welcome diversion from the stresses of Lakeside life (#lakesidelife). While I by no means enjoy getting “dabbed on” by vaguely phishy emails from the party leadership, I can understand the humorous (and sincere) intent. I also enjoy the feeling of community events like House Assemblies can generate. But to take these positive aspects of House Competitions and similar avenues of student participation to the highest level, and to truly enjoy ourselves and foster a community we can take full pride in, I think that some novelty is warranted. Houses seem arbitrary, as well as underdeveloped, to the random student; their inner workings are hardly up for debate, or even discussion; and there is no reflection on these issues outside of a short period surrounding one of the few House Competitions which occur in a school year. The solutions I feel would put paid to these issues are simple and reflect an ideology I feel Lakeside could use more of: letting students decide things. Just things in general. It’s simple, but I find it to be important. In times such as these, we truly are all in this together.