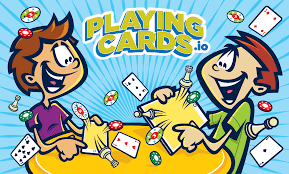 Over the last few weeks, a group of friends (the rowdy ones usually found in the Allen-Gates core!) have been getting together over Zoom each night and playing various games with one another. Some are online versions of games that they previously played in-person, while others are games that they’ve discovered in our time of social distancing. In this article, a subgroup of this Zoom gang will review a few of these games.

The site doesn’t work great all the time, but Coup is definitely still a great option for Zoom call entertainment. If you’ve ever played the in-person version of Coup, this is the same thing, just online. It’s definitely most enjoyable while on a Zoom call…the game loses much of its charm when there isn’t someone threatening to assassinate you if you dare to coup them.

I really, sincerely hope you know what chess is, but in case you’ve been living under a rock your entire life, chess is a two player game where each player takes turns moving one piece at a time on an 8×8 board. There are six types of pieces: 8 pawns, two rooks, knights, bishops, and one king and queen. The goal is to take, or “checkmate” the opponent’s king.

Honestly, chess kind of sucks if you’re playing against someone much better or much worse than you, but the same is true for most competitive games. If you can find a friend or a group of friends who are around your skill level, it’s a good, slow game to play in the background while chatting with your friends. It can be stopped and resumed at your leisure, and each game can be however much of a time commitment you want it to be. https://lichess.org/ is a website which lets you create private matches and share the links with your friends. The UI is very clean, has a take-back feature, and you can even draw little arrows on the board to plan out your moves.

Playingcards.io : This is a website where you can create a virtual card table with your friends and add any sort of game material to it, such as a checkerboard, a spinner, or a deck of cards. Each person can draw cards from the deck into their hand, and you and your friends can play any game over Zoom. It’s lack of structure is useful for people who want to play all sorts of card games, from Go Fish to Bridge. We spent a lot of time on this site at the beginning of quarantine because playing cards was something we did a lot at school; however, the card-drawing mechanism doesn’t work very well, which got annoying really fast. 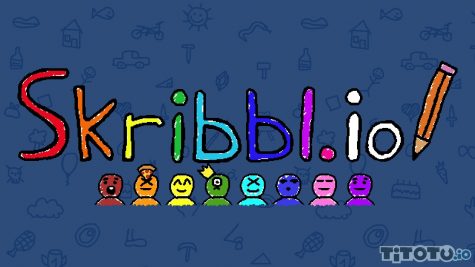 In Skribbl.io, players take turns drawing images and guessing what those drawn images are. It’s pretty much an online pictionary game, but what makes it interesting is that you can collaborate with your friends to make custom lists of words to draw. (We, for example, have created a list consisting of different animals and another list with significant events or people from world history.) While you can play anonymously, connecting with friends over a voice call makes the game much more entertaining.

Drawful: Drawful is a chaotic mash-up of pictionary and Apples to Apples. Each player starts by being given a prompt and having to draw it using two predetermined colors, one brush thickness, and no eraser. Afterwards the drawings are shown one at a time, and each player submits a guess as to what the drawing is. Then, all the guesses appear on the screen along with the original prompt, and you try to guess what the original is, getting points for both being correct and fooling other people with your guess. The prompt-makers bring the game to the next level—one of the prompts we once got was “thick line over a computer,” and when that was accurately drawn everyone thought it was just a dumb guess. Drawful is part of a collection of fun games called Jackbox Party Packs, and though they unfortunately cost money, I’d say they’re well worth it.

Bonk.io: Bonk.io is a game where you play as a ball, and you compete against others on different maps. . . it’s a bit hard to explain on paper, but overall, it’s a pretty fun game. It may take time to get used to, but once you do, your enjoyment of the game will improve significantly. But be warned! For some, this can be a pretty stressful game; for others, it’s a good chill option. According to Adi: “This is the vibiest thing I have ever played in my entire life. That’s all you need to know.” According to Isabelle: “I’ve never been more stressed than when playing this game, and to anyone that knows me, that’s saying a lot.”