P.S. I’m Sorry For Being So Late 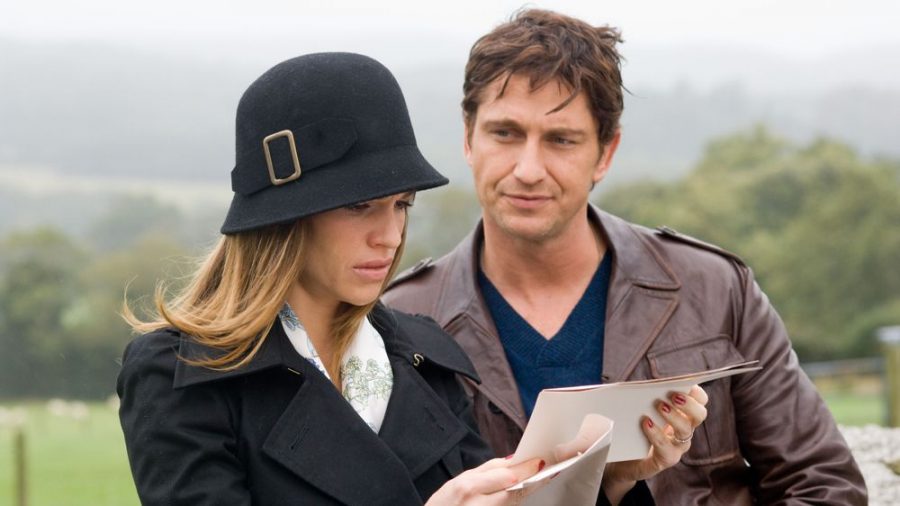 All right this is embarrassing. I apparently reacted to the wrong movie. I was supposed to review To All the Boys: P.S. I Love You. First of all, sorry about that, I’ll see what I can do if y’all still want it. Second of all, To All the Boys I’ve Loved Before actually looks interesting. So here’s a rant about a movie I shouldn’t have watched at all.

The first half-hour was pretty compelling. I enjoyed the banter, the acting was good, and the dialogue flowed very well. The jokes hit (mostly) and given I didn’t expect much, I was looking forward to the movie based on first impressions.

Alas, it didn’t work out.

The casting choice was pretty good. Gerard Butler is hot (I’m straight, not blind). Hillary Swank is hot. I think the actors cast into their specific roles performed pretty well, but Hillary Swank’s character was a pretty cut and dry type of stereotypical grieving-but-young widow. Also, she reminded me way too much of Rachel McAdams from Mean Girls, and Tricia Helfer from Battlestar Galactica, and like three other actresses.

Also, this might just be me, but Gerard Butler’s Irish accent just didn’t register. I mean, I will give them points for making Gerard Butler’s character literally named Gerry (that’s comedic genius), but just although I liked the character, his interactions and Irishness didn’t really work for me. I mean, he’s already Scottish! Just give him some bagpipes, stick in a few Loch Ness Monster jokes, and you’ve got a character with a realistic accent. Also, I like Scottish accents better. They’re fun.

Also also, I get that Ireland’s a majestic place, I want to visit sometime, but I don’t really get why it was used so prominently. Is Ireland exotic? Are the men rugged yet gentle in an oh-so-loving way? Someone explain.

I wouldn’t be complaining about this so much (I mean, I like some European countryside as much as the next guy), but I just don’t get why it was treated like such a prominent plot point. It just didn’t seem important beyond the occasional character oddity.

Alright, I’ve ranted enough about the whole movie structure. Let’s just get into the plot.

Okay, so Hillary Swank is Holly, who up until recently was in a loving relationship with Gerald Butler (AKA Gerry). Unfortunately, Gerry develops a brain tumor and passes away. Now Holly, on the cusp of turning 30 and still in the slums of depression, is receiving letters from her late husband to help her cope with her loss.

There are criticisms that Holly shouldn’t be gallivanting around, trying to hook up with someone right after her husband is dead. I think it’s fine; we don’t know how long she’s been single (she says many times that it’s been a long time since she’s done things with men other than Gerry), plus it’s part of the coping process. It’s literally a major plot point that she feels a bit weird going out with men other than Gerry, so I don’t get the criticism.

I like the first fourth-to-half of the movie. It’s fun and endearing, plus the jokes (mostly) land. Some of the music scenes could have been trimmed down; Holly isn’t that good of a singer anyway, and it honestly makes the movie seem like a musical at times. The whole “Holly’s grieving” part was actually pretty good, and the introduction of Daniel is great; I love the character. I relate to him on a spiritual level. The trip to Ireland was okay.

I think it started to fall apart around the lake scene and the flashbacks, but what really irks me was the whole scene with the in-laws. First, there’s no real build-up to the event. There’s no investment. Plus, it leads up to what feels like a 20-minute flashback scene that does nothing. Like, it’s fun (mostly), adds some character development (mostly), and the script is…okay, the script lacks here. The jokes are overused and they’re really hit-or-miss between laughter and cringe. I literally had to look away from the screen because it hurt to listen to.

Anyway, overall, that scene adds nothing. It feels so, so awkward and contrived. I never thought I’d say that about Gerard Butler. Gerard Butler, for God’s sake!

And I still don’t get the whole marriage thing. Literally, they bring it up as a last-minute conflict, then resolve it instantly. It makes no sense. Also, I object to her character in general. We don’t see her actually progressing in her relationship, we don’t see her progressing as a character, and she is a jerk, and stays a jerk: she samples men based on wealth, looks, and kissing quality. And I get it, there are men out there who “sample women” based on looks, but two wrongs do not, and never will, make a right. It doesn’t help that she’s also vain and a bit shallow.

And after she found someone and gets married (shockingly quickly, mind you), that’s that! We aren’t even given any character growth. No little comment like “oh, I used to think that I had the right to judge men based solely on looks/wealth, but now that I found this nice person, I’ve realized I can’t justify my previous behavior because ‘men do it’!”. Am I missing what makes this character enjoyable, or is she really just a manipulative person and that’s the point?

Overall, I think this movie doesn’t work well, but it works. I can see it resonating with its target audience, plus Hillary Swank and Gerard Butler are definite pluses. However, the jokes are mediocre, the romance is meh, the script is horrid. It’s too long, it’s ill-paced, and the filmmaking is awful. It’s just not good. I’m sorry, I don’t see the appeal.

P.S. sorry for making this so long, but it’s much more fun talking about a movie I dislike than a movie I like.