Lakesiders Aren’t Watching Fleabag and That Is Concerning 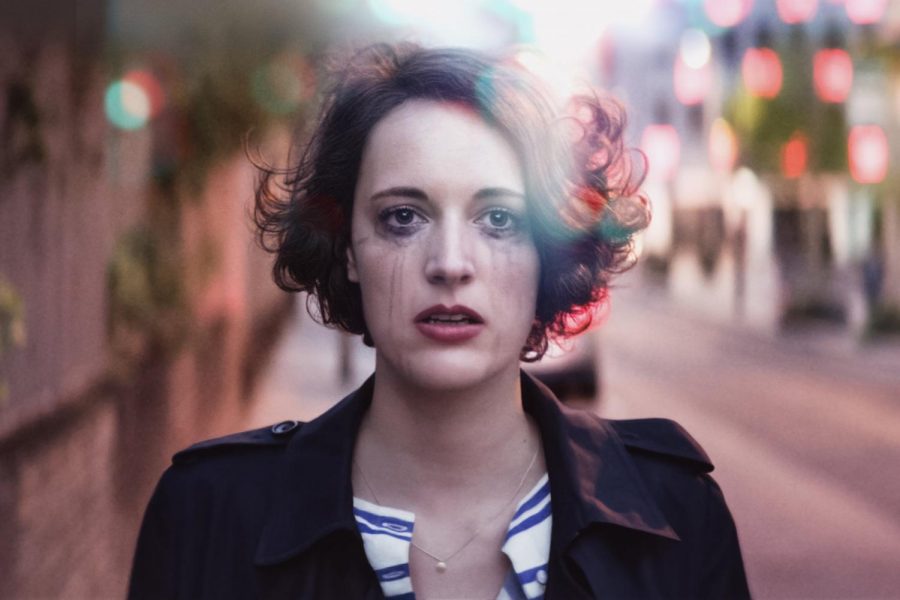 A woman (short hair, dark lipstick) sits on a crowded subway. We hear the start of AWOLNATION’s “Sail” begin to play. All of a sudden, as the first major chord hits, the people around her begin to jolt, writhe, and scream as though in pain. The woman looks around her a bit confused but not completely unnerved. It’s a strange, choreographed dance, the people howling silently around her, clutching themselves, sobbing even. Then the music cuts off, we see her face, and she turns to look  at us — us, the viewer, straight into the camera. “I think my period’s coming,” she says.

Thus begins episode two of the indescribable television force that is Fleabag. Seriously — how does one even begin to speak of something so amazing? Never before have I felt such artistic and existential dread as I have whilst watching this show. Because let me tell you: Fleabag is the kind of work of art that shows you — baldly and boldly — that you will never be able to achieve anything half as clever or creative. Guys, it’s over. Humanity has achieved perfection, and her name is Phoebe Waller-Bridge. Everyone else might as well just stop trying.

Fleabag, created by and starring the brilliant Phoebe Waller-Bridge, is the story of a British woman who is dealing with the recent death of her best friend Boo and the slightly less-recent death of her mother. She’s screwed up, secretly lonely, and plenty horny. And while this may not sound like fodder for a comedy, it’s actually one of the funniest shows I’ve ever seen. In fact, you will go through the entire thing thinking it’s a comedy, only to be hit at some point by a devastating emotional punch to the gut. That’s how it works. Fleabag lures you in, and so you don’t even realize that you’re making an emotional commitment until the moment that you find yourself crying actual tears.

The title character utilizes fourth wall breaks frequently; she addresses the audience with side glances, yet she is the only character to do so. Her live commentary on situations draws the viewer in and supplies great moments of comedy. She is even shown to interact with the camera in one scene, tilting it away from a titillating moment. The viewer serves as a kind of friend to Fleabag (God knows she needs more), as you are let in on her deepest thoughts and secrets. One particularly effective thing to pay attention to while you watch is that the frequency of her off-camera asides is connected with her emotional state: the less she does it, the more present she is in her life and with the people around her. She is using you as less and less of an emotional crutch, moving away from her coping mechanisms as she doesn’t need them as much.

Fleabag is such a breath of fresh air: not only is it unique in style, but it is also a TV show about a woman written by a woman. The main character has deeply-rooted flaws, and the show does not shy away from showing them. Fleabag is no run-of-the-mill Mary Sue, Manic Pixie Dream Girl, Quirky Girl, or any other common female character archetype. She’s living, breathing, dirty, funny, naked (at times, almost literally), and evades categorization.

While Fleabag’s character gives the show much of its signature British Wit and personality, the supporting cast is spectacular as well. Special mention goes to Andrew Scott’s Hot Priest, an otherwise unnamed young priest whom Fleabag falls in love with in the second series. She was a hyper-sexual café owner, he was a Catholic priest. Can I make it any more obvious? Additionally, Olivia Colman embodies Fleabag’s godmother with an amazing manipulative charm that you love to hate, and Fleabag’s sister, Claire (Sian Clifford), has a storyline just as rich as her sister. Like Fleabag, every supporting character is deeply flawed, well rounded, and not easily pigeonholed into a single archetype.

Lakeside, we urge you to watch this show. If you like comedies, dramas, well-written female characters, British humor, or a show that will make you laugh one scene and sob your eyes out the next, there is no better TV series. It’s short, too–two seasons of six 30 minute episodes. It’s highly bingeable and might inspire you to create a work of art yourself. Or convince you that human creativity has reached its peak. Either way, Fleabag is well worth a watch.