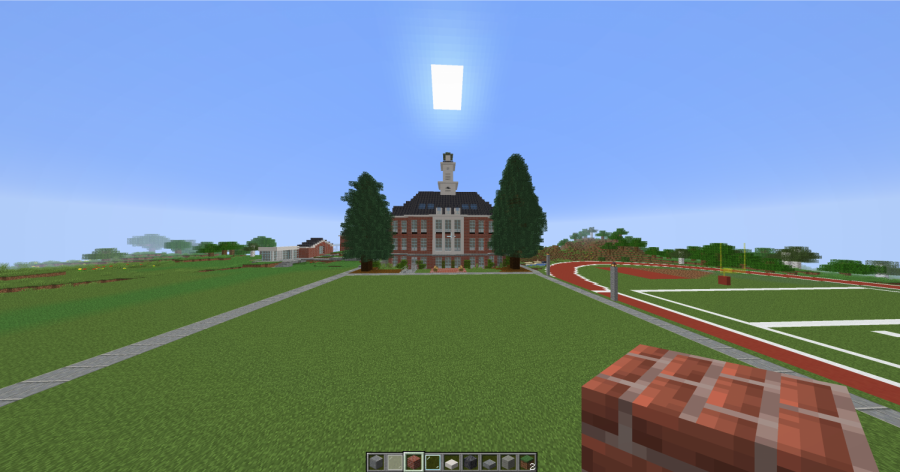 Here at Lakeside, most of our classmates can think back to their days of hours spent on the computer, exploring and creating on Minecraft. For lots of Lakesiders, their Minecraft days ended in middle school. This does not hold true with the seniors where it could have been only a few minutes since they logged onto their servers. Every year at Lakeside, we students see a resurgence of Minecraft through the Senior Server, a server created by and used by the seniors. The server usually pops up in the spring when they begin to have more time on their hands and looking for fun, remembering the joy that Minecraft brought them in their youth. For some of the upperclassmen, it’s merely a way to escape the stresses of life. For others, Minecraft has become a platform on which to build extraordinarily intricate and impressive projects. The ladder was especially true for senior Stephen D. ’20, who, during quarantine, found he had quite a lot of time on his hands to work on a new project: a virtual replica of the Lakeside campus.

When I asked Stephen where his inspiration came from, he said “Once quarantine started and an online graduation seemed increasingly likely, I felt graduation couldn’t be complete without a campus.” Stephen has spent hours making sure the replica is as accurate as possible, saying, “God knows how long I’ve spent on this project. Ever since quarantine started time has been hard.” He is using a 1:1 scale “I’m doing one block = one yard, so the field is 100 blocks long excluding the endzones and the track and field.”

After lots of dedicated work on the project, Stephen has made quick progress using Google Earth and other images off the internet as references. Some photos have proven challenging to find, and Stephen is still missing references for the east and west sides of the gym, and exterior images of St. Nick’s, the library, and Allen Gates.

So far the field, Quad, Bliss, and the Chapel have been fully completed. Other buildings including the gym, Pigott, and Red Square are partially complete.Stephen is hoping to include all buildings except the PGA since he has “probably been in there once in four years.”

He hopes to have the campus complete by the end of the school year, but to reach that goal he thinks he might have to enlist some help. When I asked what his vision for the finished campus entailed, he said that he thinks of his project as being more of an art installation rather than anything practical and that if worst comes to worst, a select thirty-six seniors can have virtual graduation on the server. 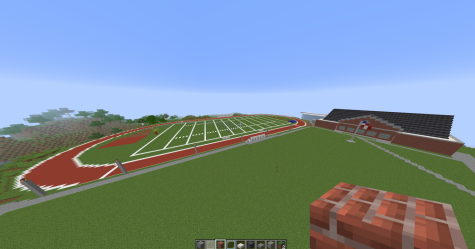