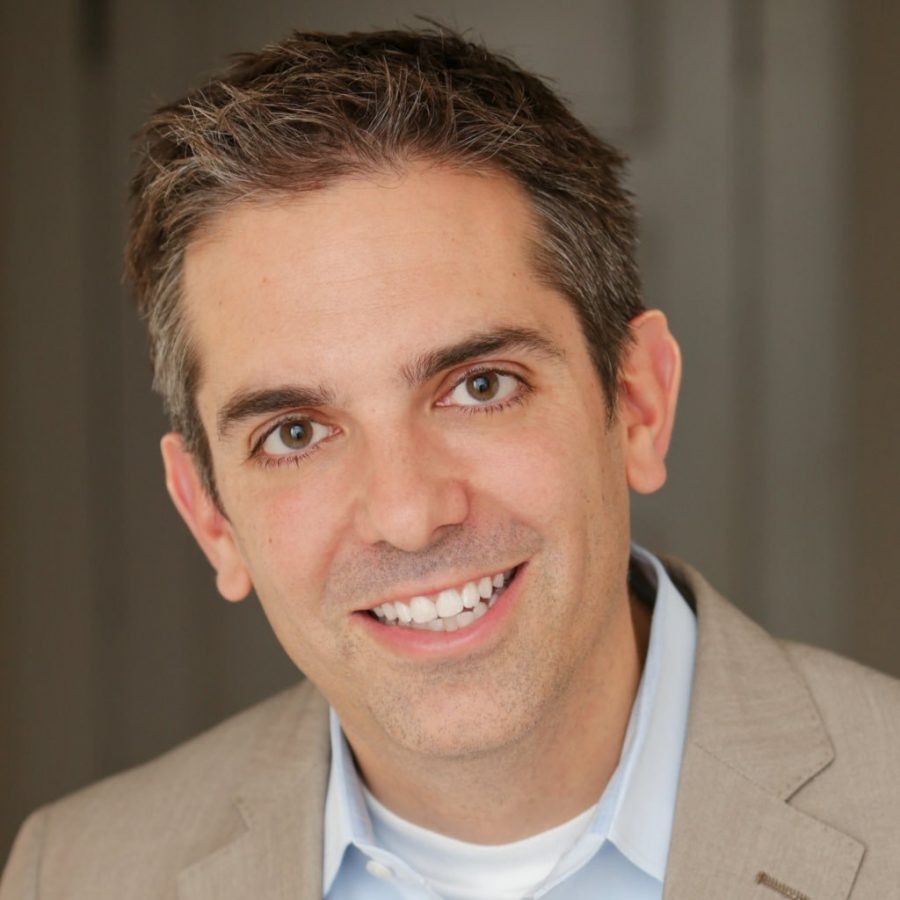 “What Do You Want To Be When You Grow Up?” is a column that explores the unconventional career paths of Lakeside alums, allowing students to learn about a variety of jobs and industries.

At Lakeside, Northup hosted assemblies, wrote a Tatler comedy column, and enjoyed all his classes, no matter the subject. The school also allowed him to use film equipment, present movies during assembly, and even shoot scenes in the Head of School’s office.

To that end, in pursuing film, Northup received plenty of encouragement from Lakeside teachers and administrators, including the recently retired Mr. Tom Doelger. Even after Northup graduated, he called Doelger for advice. “At the time, he said, ‘I don’t think you need to know what to do with your life until you’re thirty,’” recalled Northup. “I would say the uncertainty continues even beyond that.”

After Lakeside, Northup went to New York University, where he majored in film. After college, he briefly worked at Saturday Night Live (SNL). Although only at SNL for a short time, Northup gained skills applicable to his future careers. For example, when he interviewed for his SNL internship, he sat in the waiting room for three hours, ready for his interviewer to finish up with a shoot. When the interviewer finally walked in, Northup was hired on the spot. “My willingness to persevere just impressed them,” he said.

After SNL, Northup moved on to Microsoft, where he created storylines for video games. “Certainly in these bigger companies, you can always find people who are doing more creative work,” he said, citing Starbucks, which has its own team of in-house furniture designers, as an example; companies also need event producers, video producers, and podcast hosts.

(Quick aside: while at Microsoft, Northup also served two years as the percussionist for Seattle singing legend Caspar Babypants.)

Northup followed his friend’s advice and promptly left Microsoft to start his own video production company, which focused on creating commercials. Over the next few years, the organization grew from a one-man operation to the point where Northup had to hire two production assistants. Meanwhile, the landscape of video was changing. With decreasing costs of film equipment and the increased ability to learn film production on the internet, organizations didn’t need specific companies to film their commercials anymore. So when an auctioneer asked Northup if he wanted to try hosting a fundraiser, he accepted.

After emceeing a few auctions, Northup received a degree from the Western College of Auctioneering and now leads auctions full-time. His comedy experience, natural love of philanthropy, and rich storytelling background shape his auctioneering. “Those three things coming together made me a really unique auctioneer,” he said. “I was uniquely prepared for the fundraising world.”

he said. Northup stays available to his organizations throughout the entire process, from the event creation to the auction itself, so that he can personally connect with the company he’s working with. “I don’t want to just show up and wing it. I want to really work with the organization,” he said. “Everything I’m doing is either geared towards making their night more profitable or emotionally engaging.” As an auctioneer, Northup works to tell a story about each organization. “Sometimes organizations default to talking towards themselves. I coach them to make the donor part of the story,” he said. “The donor in the room is the reason why people’s lives are changing.”

Life as an auctioneer comes with its perks. Northup has helped sell items ranging from a flag Neil Armstrong brought to the moon to a Jimmy Page guitar. (The latter cost $120,000.) He’s met Eddie Vetter, Russell Wilson, Buzz Aldrin, and more. And he can sleep knowing that he’s helped organizations do more for the world: he raises over $20 million per year.

“You can always pivot. It’s absolutely possible,” Northup said. In this generation, you can change careers as many times as necessary. Even now, Northup both works as an auctioneer and manages a company called RainGlobes (a RainGlobe is a snow globe that rains). “I would just say, figure out what you love and what you’re passionate about,” he said. The bottom line, Northup finds, is that you shouldn’t feel obligated to work in a career you hate; just be open to opportunities as they arise. “Your life follows its own specific script,” he said. “You can’t look at someone else’s script and try to follow it. Your life will be yours.”