A Game of Life 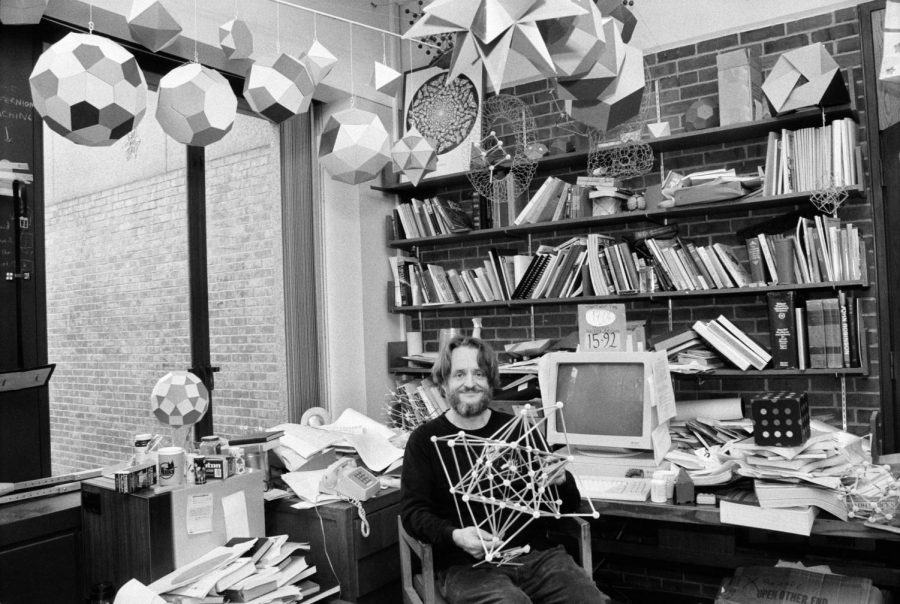 In memory of John Horton Conway, a “magical” mathematician.

The Game of Life is a “no player, never-ending” game, according to its creator, John H. Conway. However, at first glance, neither is it a game, nor is it life: it is automated and straightforward, and displays no signs of intelligence within itself. Yet those who have devoted time to study it will surely agree of the aptness of its name. It is a perfect analogy to the ever-changing volatility of real life.

Conway, a renowned professor at Princeton university, passed away from COVID 19-related complications on Saturday, April 11th, 2020, at the age of 82. Conway claimed that he “had never worked a day in his life”; instead, he spent much of his time playing games and tinkering with puzzles. Being so knowledgeable about math, he would often ask his audience before lectures to provide any topic, and then give an impromptu talk without any preparation. Lakeside’s Colin T. ’19, a gold medalist at the 60th International Mathematical Olympiad, comments that “Conway was certainly an outstanding mathematician, but what distinguished him was his charismatic image and his work on recreational mathematics.”

Conway had a profound impact on the world of mathematics. He tackled problems and projects from all areas of math. Lakeside math teacher Mr. Shiner says that Conway’s work inspired him to believe “that mathematics was fundamentally simple with the right visual framework,” adding that “it changed my perspective on the mathematical landscape as a whole.” The Game of Life is a perfect example of this.

Conway concocted the famous Game of Life in the 1970s. It is enchantingly simple: on a sheet graph paper, a cell is either alive (black), or dead (white). The life of a cell from one generation to the next is determined by just three rules, referred to as underpopulation, overpopulation, and birth.

As human beings, we are governed by the complex rules of physics, biology, psychology, and other disciplines. It is very difficult to imagine an oversimplified game having anything to do with our complicated and dynamic world.

In reality, the no-player, never-ending game is more complex than any of us could think. It is impossible to predict what an initial configuration will look like after a hundred generations. If altered by even one random cell, a configuration engineered to become a predictable pattern could degenerate into uncontrolled chaos. This surprising volatility within the game leads to its metaphorical uniqueness. The game constantly evolves, chaotically or harmoniously, just like our human society.

Mr. Shiner recounts his impression of the game, saying that he “appreciated the stable rhythm of the game of life when it was assembled perfectly, and the entropy [he] could create by placing a single stray block in someone else’s creation.”

Interestingly enough, the game’s rules of over- and under-population also mimic our current pandemic: if you party with too many friends, you run the risk of infection; if you completely isolate from society, you edge towards insanity. In order to survive this game, careful moderation is necessary.

Another feature of Conway’s Game of Life is that it exhibits “emergence”. This means it is confusing when viewed locally, but given enough time and space, a holistic pattern may become visible. Two months after school closure, with thousands of people dying every day due to COVID-19, we are still uncertain about what may happen next. Will school reopen in September? Will life go back to normal? No one knows. All we can see is chaos, unpredictability, and disaster. However, from a more global perspective, our future selves may be able to observe and learn from the trends in changing figures.

Conway’s Game of Life is a combination of chaos and order. However, on a more optimistic note, solace may still be found in this infinite game. The constantly shifting cells will, in some way, tend towards order and stability. After all, human cells are not the same as automated cells. Humans, empowered by memories, emotions, and rationality, have more to experience than a binary state of life and death. It is up to us to find a new normal in these volatile times, and to carve out a brighter future as the chaos stabilizes.

When we slog through day after day of social distancing, mindlessly scrolling through pages of news and statistics, we all wish for something simple enough to understand, yet complex enough to learn from. Conway’s Game of Life is just that: simple yet complex, an ever-shifting mirror held up to our own human lives.

This is why, in the midst of these uncertain times, we should pause to remember the magical mathematician John H. Conway. As Mr. Shiner summarized: “though Conway as a person will fade in memory over time, I anticipate his contributions to mathematics will be remembered for thousands of years.”