COVID-19: Life When Your Family Member is a Healthcare Worker 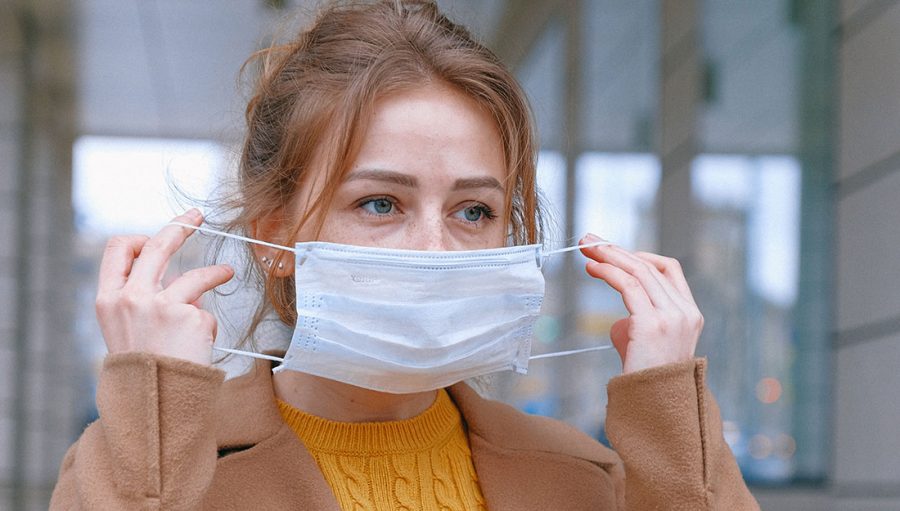 “It’s been stressful.” That’s how one Lakeside student (who chose to be anonymous) sums up her family’s current situation during the pandemic. Her mother works as a neurologist in a clinic, treating patients for mental conditions and chronic illnesses. Over the course of our conversation, the student painted a picture for me of a rather daunting situation. By now, it’s been drilled into us that this has never happened before. The word unprecedented has been used over and over again in news reports, emails from Mr. Noe, and even stud gov election speeches. But despite the fact that everything’s changing, for some people, work must go on. I interviewed four different Lakeside students and faculty whose family works in the medical world to get a sense of what it’s been like for them.

A normal day for my first interviewee’s neurologist mother means all day visits from patients at the clinic she works at, but these days her routine is far from normal. She takes her meetings through Zoom “televisits” now, despite the challenge it poses to connecting with her patients – neurology has a lot to do with patient-doctor relationships, and many patients are reluctant to meet online. Although there’s no COVID-19 treatment happening in the clinic (despite the Zoom calls, the student’s mom still goes in occasionally), there’s of course a risk of infection with all interactions, and while the student’s mother doesn’t, many of her colleagues volunteer with COVID-19 patients and then return to the clinic.

When I asked about the atmosphere at the hospital, the student explained that her mom and her colleagues feel significant pressure to get the in-person visits going again – not from patients, but from the hospital directors who need to keep money coming in. “A lot of her colleagues are afraid to speak up against the hospital,” she told me. The student then mentioned what medical protection her mom has: she’s been given just one basic facemask to reuse all day, everyday.

This atmosphere of fear has become a part of the student’s family’s home life too. “To [my mom] it doesn’t make sense to go into the hospital or to the clinic because she’s got a family at home that she doesn’t want to get sick.” But of course, she doesn’t have much of a choice when there are patients to take care of.

Next, I rang up Martha P. ’22, whose father, Chris, is a transplant surgeon and mother, Stephanie, is an endocrinologist who does administrative and research work. Martha’s parents have had pretty different experiences: because her father does elective surgeries (basically non-essential), his work has slowed down, while her mom’s has ramped up. One of the biggest challenges Stephanie faces is handling COVID-19 from an administrative position. “She has to deal with the constantly changing safety precautions and meetings. She’s always on phone calls,” Martha explained. Additionally, through her role as a UW researcher, Martha’s mom has been visiting nursing homes and swabbing its residents in order to find what percentage of them are infected.

And even though Martha’s dad isn’t overwhelmed with work, a different problem has arisen for him. Martha explained that because hospitals aren’t open for elective surgeries and non-essential care, they’re running out of money and many employees have been furloughed, and hospitals are facing financial pressure to get up and running again.

As for the effect the pandemic has had on her home life, Martha told me, “My brother and I have taken on more of my mom’s roles in the house, and our family has, in a way, had to pick up her slack. [My parents] come home and my brother and I, we can’t argue with them because they’re so stressed and on edge.” Then, I spoke with Sydney L. ‘22, whose father is a doctor who visits different nursing homes. While her father doesn’t share a lot about his work life, like Martha, she’s noted that recently he seems much more stressed.

Even without working directly with COVID patients, the three students are feeling a sense of stress and pressure at home. To get an idea of what it’s like to have a family member who’s actually interacting with COVID, I spoke to Lakeside math and science teacher, Ms. Erickson. Her husband is a hospitalist working at Harborview Hospital in Seattle. He typically works seven straight days, and then has seven days off. Recently, he’s been going in as early as 7 AM, and returning past 8 PM. Ms. Erickson’s husband’s role is to monitor people who are on oxygen, but aren’t in bad enough shape to be sent to the Intensive Care Unit (ICU), where they’ll be put on a ventilator. Ms. Erickson described to me how, as the pandemic evolved, there was originally only one doctor on non-ICU COVID service, and now there are four working during the day and one at night.

In the news, we’ve read lots of reports about a lack of PPE (Personal Protective Equipment), and Ms. Erickson has definitely noticed the effects of that: originally her husband was given a new mask for each patient, but now he has one per day. Where before he would wear business casual, now he wears full hospital scrubs, as well as his own personal mask when going into work. Ms. Erickson’s husband even had a COVID scare – a very close colleague was diagnosed with it, and so her husband spent the next week quarantined in their basement. They were both shocked when he didn’t come down with it.

All four families do what they can to stay safe. Each of my interviewees described how their family members drop all their bags at the door and head straight to the shower once they get home. Other than that, it’s just constant hand washing, and wearing gloves and masks when those resources are available. This pandemic has clearly brought about significant changes for healthcare workers, and their families are adapting and learning to deal with the stress, especially as pressure increases to get hospitals and clinics up and running again, whether or not it’s safe. But despite the current situation, Sydney said, “We should keep everyone safe and do this as long as we can.”