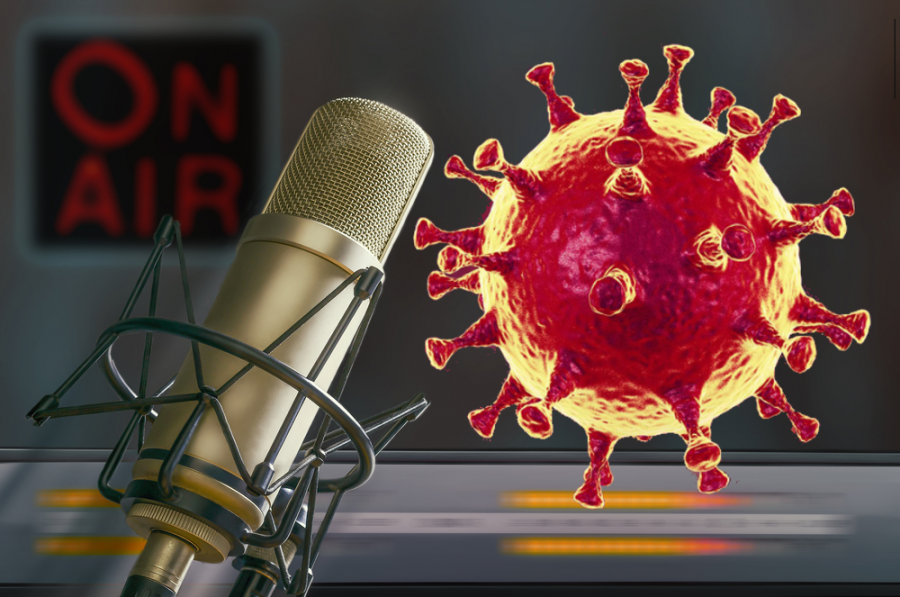 Coronavirus speaking into a microphone(Bull)

L: For a very special news story tonight, we have the eminent Mr. Coron A. Virus coming on to speak tonight and answer a few questions.

D: Apologies. Lorenzo tends to jump the gun sometimes, especially with such esteemed guests. Why don’t you tell us a little about yourself, to begin with? We all want to know where you come from, who made you, why you’re here, what kind of monster you are to be hurting so many people… any thoughts?

C: Haha! No need to get pointed. I was born not long ago in Wuhan, in the Hubei province of China. I surfaced in a food market… actually, I was engineered by Xi Jinping… well, no, I was actually birthed by Mike Pence himself… to be honest, I really don’t know much more than that. It’s all a bit of a blur.

L: You’re detestable. So what’s been your main motivation, your primary goal? Surely you’re not just in the business for some kind of psychopathy. Medical school is a gauntlet; what keeps you going when you look at the news chyrons and everything is negative? People hate you. It must take it out of a person… er, virus.

C: It can be tough. Usually, I think back to advice from my favorite movie: Goerge Romero’s Night of the Living Dead…

C: Anyways, in the movie, Darlene Davies is asking the Reverend if the infection is from a virus. And he says, “No. Those creatures were demons, creatures of Satan inhabiting the bodies of our dead.” I really aspire to that. To transcend my own limitations, and unleash terror on the world.

D: That’s… haha… just a joke, right? Zombies aren’t real. And you’re hardly a dangerous virus at all, huh? You don’t even do anything to people my age.

C: Whatever. I don’t listen to haters, like you two. I came onto this platform to spread my message, and I’m doing it, even if you taunt me. Someday I’ll grow up big and strong, like my role model, the Black Plague.

L: It just keeps getting worse and worse!

D: Okay, so what about the market? There was a tenuous point a while back, and then the whole thing slipped, and it’s like a wet dog trying to run up a set of Teflon stairs. And now Trump is touting his tariffs as the best thing since sliced bread.

C: You know, I actually have massive respect for the market. It’s kind of like I am: it just infects everything it touches, and then it sort of supplants whatever beauty was there before. It’s a cruel machine. If it’s in my way, though, it has to go.

C: Spreading out across the world is my reason for existing… as the French say, my raison d’etre. I picked that up there, by the way. I’m a very cosmopolitan guy. And yet, you see, you people are so concerned about profits. Trade deals and whatnot. People being sick means people not turning in to work, and doing poorer quality work, and taking time for their families. Pathetic. The market doesn’t like that. I don’t either! Go out and kiss every stranger you see; it’d be a big help.

L: I’m not doing that. I can understand your position on economics, though. So you’re a globalist? That’s a rather tired position. I was expecting more originality from someone who plans to infect Greenland.

C: What do you mean?

D: He’s just messing around. So much for a “serious interview.” We barely get paid, though, so who’s really at fault here? Coronavirus, my foot. I think we have time for another question to close it out. Any ideas?

L: I’m out. Honestly, I think we should scrap this interview. No way it’ll get any viewership at all. And it’s pretty depressing.

D: Yep. Dr. Virus, thinking on that, I guess our closing question is this: What’s your advice for us to stay happy during these dark times?

C: You know, for all of my bluster, I’m just like any other living being: I want to live and I struggle against the coming death. My purpose is inborn and within its confines I stretch to make meaning out of a cruel nothing. Even as I sublimate your populations, I respect your drive and, really, your humanity. Be proud knowing you’ve survived this long, and that, with renewed understanding and true hope for peace, maybe my kind will be eradicated in the future.

D: That was… beautiful.

C: Just kidding. My advice is to vote for Michael Bloomberg.