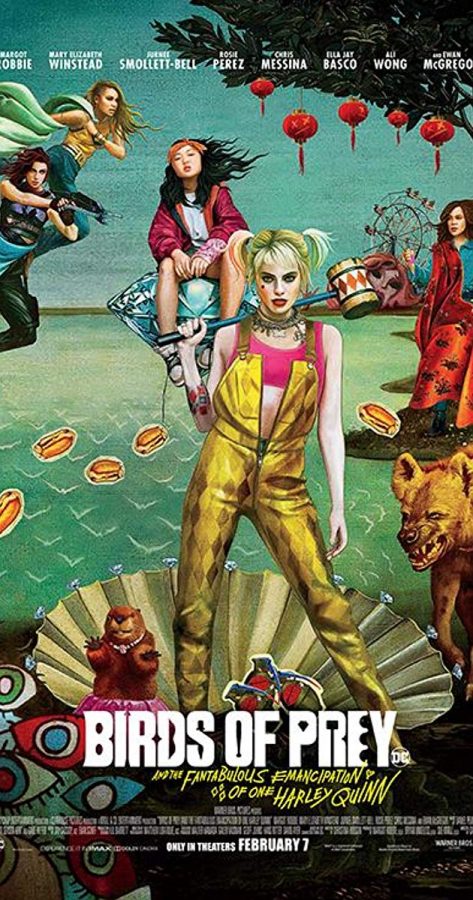 The Walt Disney corporation, in alliance with the five branches of the US military, CDC, and FDA, declares all-out war on Birds of Prey. “Oh damn!” – Walt Disney’s reanimated corpse, shortly preceding the collapse of Walt Disney Co.

In a stunning upset, Warner Bros.’ Birds of Prey overperformed domestically and in theaters across the globe, as millions piled into theaters in its fourth week. Nationwide, theaters experienced unprecedented turnouts, in many cases having to let two to three people share a single seat. Lakesiders across grades missed days of school.

Despite the CDC’s best efforts, moviegoers continued to fill theaters to their brims. For several days, the Seattle police attempted to remove known carriers by force. After all six hundred officers not reporting back for several days, secondary forces were dispatched to retrieve the first teams. Police forces nationwide were sent into theaters to retrieve their comrades and several moviegoers, whose tickets had run out after the first four days.

“I think we’re on the seventh force now?” said Washington’s governor, Jay Inslee, Wednesday. “Honestly we’re running out of police to send in. We’re starting to resort to the unpaid interns.”

Three days later, as the 2020 census reported the absence of half of the American population, including the census takers, the remnants of the United States Government declared war on Birds of Prey, which had grossed at that point $10 billion. Shortly after doing so, it was discovered that the military and most of its assets had taken leave to watch Birds of Prey.

Instead, the Walt Disney Corporation was given the green light for Operation Mono-Mouse. For the world to see, the Corporation released Avengers 5, Toy Story 4.3, and The Little Mermaid : Live Action 2: Electric Boogaloo. All three and more all flopped, grossing $-4.6 billion. In an official statement three hours later, Disney released a statement declaring that every Walt Disney employee had taken a leave of absence to watch Birds of Prey. We managed to reach Mr. Disney himself.

Shortly after, the Disney Corporation declared an unconditional surrender. On Day 25 of the Birds of Prey takeover, Warner Bros. is hesitant to let up.

“I dunno man, we’ve made a lot of money with this thing.”

Reporting from AMC 8 Theaters, Factoria, this is Yoon Lee signing off.