Estrella: The Importance of the Arts in Telling Stories 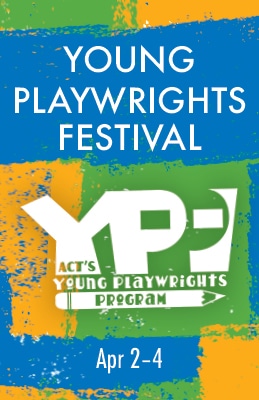 Sofia D. ’20 rightfully deserves Stud of the Week. For ten weeks, Sofia D. ’20 worked on her play, titled Estrella, in her Drama IV class; her work was part of the Young Playwrights Program, which allowed professionals to come into Lakeside to help the students write plays to enter into the competition. She ended up placing in the Youngwrights Playwrights competition. This honor comes not in the form of a medal or a certificate but in the opportunity to have a professional direct her work and working actors portray her characters. The whole play will be open to the public to watch at the beginning of April. This competition also featured honorable mentions from her fellow Drama IV students: John A. ’20, David C. ’20, Molly C. ’20, and Rose P. ’20.

Sofia’s play follows the life of Citlali, meaning “Star” in Nahuatl (na-wat), a native Aztec language. Citlati is a seventeen-year-old Mexican girl living with her immigrant single mother and younger brother, Javier. During the play, their mother is deported to Mexico after a raid at a store. Sofia’s play continues to follow the two siblings as they attempt to navigate life without their mom and deal with their community’s view of their mother’s deportation. For Sofia, this play is about “hearing the voice of immigrants and the children of immigrants.” For Sofia herself, the inspiration comes from recent events in her own life.

The immigration process has personally affected Sofia, as her mom had to stay in Mexico for over a year while waiting for immigration papers. Drawing from this experience, Sofia says “my favorite part was writing [the play] because it felt awesome being able to write about something similar to my experience and get that out there. ” The play shines a light on the reality and the human emotion that is encapsulating immigration in the United States. For many of us, it is easy to see this topic on the news, but deportation is an issue that can affect many of those around us. Sofia’s play is a reminder that these scenarios are continually occurring, even if we may be blind or oblivious to them.

While immigration can be a heavy topic, Sofia also strived to incorporate the more positive and disregarded aspects of her culture in Estrella. She believes that stories of people of color are never seen in contemporary pieces in theatres, and she wanted to show her side of the story. Some parts of her play are even in Spanglish. “I was taking a risk because I wasn’t sure–since people were reading this play–that they were going to read this and not understand the references or even the words that were on the page because they’re in a completely different language,” she said. However, she eventually decided that the audience’s reaction to her piece wasn’t important. While the play touches on important issues and draws on the more difficult experiences in her life, in the end, Sofia  just wanted to write a play “that was for me.”