Why the Long Block? Dialectics on the New Schedule 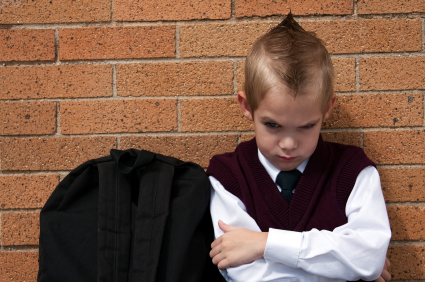 Shortly after the news of the new Upper School schedule broke, I wrote the following document, in part, to provide people with information to cut back on the “blood politics” around the new schedule. Recently, the administration looked over my document and urged me to publish. Surprisingly, there has already been a lot of wonderful work on this topic. Dash B.’s Tatler article from last month is a highly recommended read, which I see now as a precursor to this document. He broaches some of my points, especially around class number and free time. Anyways, with the trial of the new schedule coming up late this month, below are five arguments in favor of the new schedule, five against, and three points of contention.

Come on and Slam: Under the current schedule, Friday, which is composed of all of a student’s classes, is a “slam day”: the work you have to do before Friday is greater than before any other day. Under the new schedule, this problem would be alleviated; all days would require roughly the same preparatory time (not factoring in relative class difficulty, workload, etc.).

Don’t Forget Transitions: Although the holistic effect of schedules for high school is uncertain (see “Quid Pro No?” below), there is definite research showing that fewer transitions between mental pursuits (like classes) improves performance. The fact is well known, and might be attributable to the fact that humans naturally struggle to shift their focus without time to work at it; this is a large part of why “multitasking” doesn’t exist in reality. Humans can only take on one thing at a time, and boy do we get invested in that thing.

Stabled Horsepower: Similar to the above, under the current schedule, teachers have no standard incentive to work between themselves in stabilizing class workloads. In a rollover schedule, and especially one structured like the new schedule, teachers would find it simply more efficient (and kinder to the students) to greater regulate workloads between class periods. That way, the balance of work can be applied algorithmically regardless of the way the rollover schedule is that week. (For example, the English department might decide on a 45 min/day work pattern.)

Long Time no Free: Under the new schedule, all free periods would be long, purely by their nature — as would EVERY period. It must be admitted that the administration’s polling was not wrong: students seem to prefer long block free periods to segmented free periods, even if they were to potentially lose a small amount of free time as a result of that decision. Students can greater focus on doing what they’d like to during their free periods if they are longer, and the amount of complicated, thoughtful work that can be completed in free periods shoots up also.

The Dual Meanings of Biweekly: Under the new schedule, there is at least twice the time for activities than under the current schedule. This allows clubs to meet more often, which allows more intensive clubs, like Debate Club (RIP), to maintain greater continuity and cover more topics. Students would also be able to devote their time between more than one club. Rather than being forced to pick one a week, they could negotiate timings from the two (or more) activity periods a week to attend up to three clubs where they, under the current schedule, could only attend one.

Punishing Ambition: Though complex mathematically due to its relative conditionality (another possible con?), the new schedule discriminates in the amount of free time it gives students. As compared to the current schedule, a student who takes seven classes would lose 15 minutes of free time, while one who takes six would GAIN 15 minutes of free time. This punishes students who choose to take on more courses, forcing them to spend more personal time completing classwork.

Long Block Blues: Long blocks offer more time than short blocks, and the new schedule would all but eliminate the latter. An issue that arises is simple: this longer period doesn’t suit every individual class or even classes of a certain department; some are better suited for smaller chunks of time, while others become hard to handle (read: not fun) with increased time. What’s more, students may fare better with different arrangements of class length — some people may get gradually better in English as the period goes on, and gradually worse in the same manner in Science. The uniformity of long blocking crushes individual needs.

Teacher, Teacher!: Because of the relative spacing of free time in the new schedule, nearly half of students could be said to be “free” during lunch, while all students would be “free” during the designated free time before the final period of each day. This means teachers will be swamped with student meetings, and those students needing to discuss classwork, take a test, etc. have fewer chances to catch their teacher’s ear. Much difficulty abounds.

No Such Thing as a Free Lunch: Among the needless administrative reaches of the new schedule is the designation of certain periods as those for eating lunch. This trammels the freedom of students to choose when to eat, if at all. There has been no word on if the lunchroom is to remain open outside of the “lunch” section of the new schedule, but regardless, students are mature enough to determine their eating habits.

Manic Mondays: Disregarding the laughable “right handed people work best in the morning, left handed people the opposite” piece of the new schedule’s presentation, the subject of “Monday being Monday” was broached. Under the current schedule, Monday does indeed have a designated class composition. Under the new rolling four-day schedule, an “L” day might serve as a Monday stand-in, but the relative infrequency of “Monday being Monday” is betraying. The current schedule may alter Monday’s schedule 40% of the time; the new schedule does this 75% of the time (almost twice as often!).

Quid Pro No?: Despite the insistence of its advocates, the new schedule’s effect would not appear to be held up by research. In-depth studies, such as those by the Hanover Institute and the National Education Association, have found little to no correlation between scheduling in secondary (high) school and later success. More research could introduce different findings, but, as yet, there is no consensus that scheduling, new or old, makes any impact on students beyond their years literally in school.

Metagogy: The same research affirms that teachers, going from our current schedule to the new one, would require new pedagogical strategies to best engage students and make use of the lengthened class periods. Since all classes currently meet one long block a week, the necessary instructional changes would be minimal, but still existent.

Hell is an Office: In full honesty, though Lakeside students are known for their love of rigor, there is something to be said for the small pleasures found at the edges of one activity as it bleeds into the next (think of passing periods). Were everything in life set to maximize efficacy, living would be pointless. The new schedule may be more efficient than its counterpart, but is that a better thing?