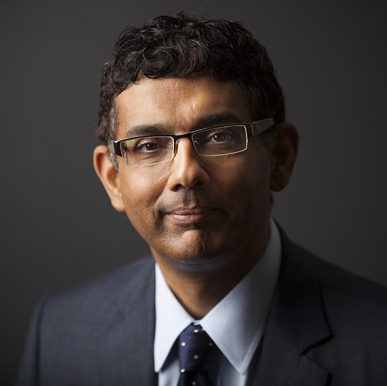 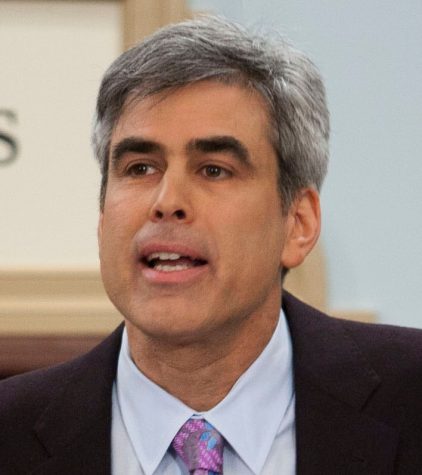 It’s been a while since General John Kelly gave his speech at Lakeside. Although he is known for expressing controversial opinions, in his speech he stayed pretty apolitical and the Lakeside audience was relatively civilized. That being said, I felt that this was the right time to take a look at some of the more polarizing, controversial speakers of Lakeside’s past.

In the winter of 2005-2006, Lakeside invited Dinesh D’Souza to speak as part of the Mark J. Bebie ‘70 Memorial Lecture Series. At the time, D’Souza was known for authoring a highly polarizing book, The End of Racism, that blamed African Americans for discrimination. His thesis was that they were too focused on past injustices that they weren’t focusing on the process. Particularly, in his own words, he investigates why “West Indian blacks have achieved income parity with whites but African Americans have not. How can racism be the explanation when West Indian blacks are darker-skinned than African Americans?”. Naturally, as his stance on racism was itself highly racist, many teachers of the Lakeside community protested. The backlash was so great that Lakeside rescinded his invitation to speak. He was paid a decent sum of money for having never even set foot on campus.

After his invitation was rescinded, D’Souza went to give an interview on a local radio show with Dori Monson. Monson, whom some of you may know from Seahawk’s radio shows, called Lakeside teachers “intellectual cowards” and “tantrum throwers.”

After the fiasco surrounding D’Souza, Lakeside implemented the speaker selection committee. According to the Lakeside employee policy manual, the committee is comprised of “three faculty, one staff, one or two trustees, two students, and one PGA and one Alumni Association representative.” Their job is to select the speakers for a few endowed lecture series, specifically focusing on inviting a diverse range of political perspectives and racial, socioeconomic, and gender groups.

Since it’s implementation there have still been a few, although to a lesser degree, contentious speakers, most memorably Jonathan Haidt. Haidt visited the school in October 2015 as a part of the Belanich Family Lecture Series. He viewed himself as a political centrist, striving to reduce the political polarization in the United States. He was known for opposing many private high schools, claiming that they were “echo chambers” for similar ideas. After his speech, during Q&A, many students asked harsh and accusing questions directed towards his beliefs. Afterward, he published an article most likely about his experience at Lakeside, which can be found here: https://heterodoxacademy.org/the-yale-problem-begins-in-high-school/.

Both D’Souza and Haidt offered differing opinions to those normally found around Lakeside’s campus and, disregarding how the students and teachers reacted, that is a good thing. Lakeside is able to invite a range of speakers and ideas that no other school is capable of, so even controversial guests are better than none at all. And, this makes you really think about how smoothly John Kelly’s speech went.