I Hate Harry Potter (And so Should You) 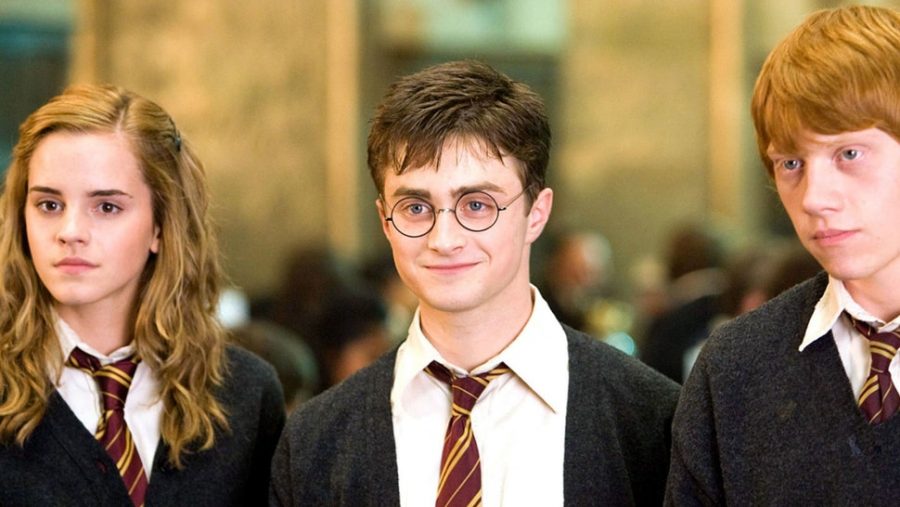 There are three main reasons I hate Harry Potter.

First, I hate how illogical it is. This might sound silly, given that it’s of the fantasy genre, but that’s not what the issue is here. I love fantasy; it’s my favorite genre. But a large part of fantasy is worldbuilding; in order to have an immersive experience where you can actually think about what’s going on in the story rather than just following along blindly, the world has to make sense to some extent. But Harry Potter’s loosely defined magic system and the world that surrounds it are full of contradictions and inconsistencies. There are far too many to go through all of them, but I’ll name a few. Take the time turner for example, an extremely powerful magical device that allows the user to control time itself to some extent. Yet the only thing that they’re supposed to be used for is doing additional homework. That’s like only using supercomputers as calculators for 5th grade math tests.The inconsistencies in the book reach even as far as the most important parts of the plot: are we really expected to believe that someone shown to be as calculating and intelligent as Voldemort would choose to hide all his horcruxes in significant locations where they could be found with just some rudimentary detective skills, rather than simply chucking them into the ocean or literally just leaving them in any random inconspicuous location? Every part of the plot is full of nonsense like this—obvious flaws that simply indicate lazy writing.

The second, and most important, reason I hate Harry Potter is about the messages and morals of the books. Throughout the series, J.K. Rowling attempts to send certain messages or teach certain morals through the story. The issue with this is not the messages themselves; trying to send a moral message through writing is generally a good thing, and the messages she chooses are reasonable and positive. The issue is that the messages she tries to send often, if not always, are not supported by the actual content of the books. In fact, what happens in the books often even directly contradicts her messages!

Take the anti-racist messages she seems to be trying to send. She uses the discrimination “mudbloods” face at the hands of pure-blood wizards as an obvious parellel to real-life racism. I love a good anti-racist message, but this is a horrible way to do it. The problem with trying to send an anti-racist message in this way is racism in the wizarding world is entirely different from racism in the real world. To be specific: in the Harry Potter books, wizards literally are genetically gifted. They literally are better than muggles, just because of the way they were born; they can do magic! It’s absurd to try to use a fictional world where your genetics really do determine your abilities as a way to promote anti-racism. The world itself that she created promotes racism.

There are many more examples of racist or racially questionable content in the books. Think of the house-elves, a magical species of beings who serve as slaves to human wizards. The house elves are slaves who are shown to be naturally subservient and loyal to their owners, even when mistreated. The truth is, there’s really no logical way to interpret this depiction other than as pro-slavery. Even when Hermione tries to win them better rights in their slavery, they actually resist her, choosing to remain enslaved. This portrayal bears uncanny resemblance to certain 19th and 20th century stereotypes of African Americans, such as the Uncle Tom, where they were depicted as naturally subservient and content or happier under slavery. Whether this was at all intentional on Rowling’s part is beside the point. It still promotes these racist ideas, even if only subliminally.

An even more blatant example of racism from Rowling can be seen in the goblins. This one is very straightforward. The goblins are naturally skilled bankers with long, hooked noses and beady eyes. There’s literally a Star of David on the floor of the Gringotts Bank shown in the movie. I honestly don’t know how she’s gotten away with this one for so long.

Frankly, none of this should be surprising coming from an author who named an Asian character “Cho Chang”, barely a step above “Ching Chong”. Not to mention the fact that she basically only exists in the story to serve as the exotic love interest for the main white character before he eventually gets with the white girl.

Another message that readers seem to interpret in a positive way, despite the actual text showing the exact opposite, is the role of the Hogwarts houses. This one especially pisses me off, because the obnoxious grouping concept that was popularized by Harry Potter was adopted by other young adult novels and now permeates fiction culture.

In my experience, many readers view the message regarding the houses as being that regardless of the ways that we’re grouped by society, we can all work together and we have the capacity to do good. But that’s simply not what the story itself actually tells. The truth is from the way it’s depicted in the cannon, it basically is as simple as “Gryffindor good, Slytherin bad.” Just because Malfoy and Snape end up supporting the not-mass-murderers instead of the mass-murderers doesn’t mean they’re not still assholes from a house of assholes. In the books, Gryffindor is where the bravest and most moral people go, Slytherin is where the bad people go, Ravenclaw is where the smart people go, and Hufflepuff is where everyone else goes. If J.K. rowling didn’t want it to be that simple then she shouldn’t have written it that way. Once again, she ultimately just plays on stereotypes and group division.

Surely Harry Potter can’t be this bad! If there’s really so many bad things about it, why is it so wildly popular? Well, that leads to the third and final reason why I hate Harry Potter.

I have a theory for why Harry Potter is so popular. I think that it plays with a very certain part of the human mind, a desire that most, if not all of us possess, especially in this modern world: the desire to be special. Now, I’m normally not one to complain about young people these days being “snowflakes,” but I do think that the belief that every person is special and unique has grown significantly over the past few decades, and I think Harry Potter has a lot to do with that, whether as a cause or just a symptom.

The books’ strategy for success is pretty simple: First, make the reader identify with the main character or characters as much as possible. Make them relatable and likeable, even with faults to make them more realistic to the average person. Then, make everything about the main character. Everything that happens must relate directly to Harry. It’s taken to an absurd level. Every event that happens seems to somehow relate to Harry or his past. Every teacher favors Harry, except for the few who dislike him, because of his past. That just makes him more special. Everything is about Harry. And because when you read the book you’re made to relate so strongly or Harry (or Hermione or sometimes Ron), all this special attention makes you feel warm and fuzzy inside.

This in itself is not a bad thing. It’s perfectly okay to read a book because it makes you feel good; that’s kind of the point of reading. But ultimately, art serves as a reflection of real life in some capacity. The way we think about the books that we read, and the way that we incorporate those thoughts into our own actions are necessarily a product of our real world experiences, and they necessarily will affect our real world actions, especially when we allow ourselves to be affected emotionally to such an extent as many people do with Harry Potter. That’s why I think that it’s quite negative that a series such as this permeates so much of our society and is so popular among children. It sets an unrealistic emotional expectation that can never be matched by real life experiences. It makes you think you’re special, like the whole world revolves around you, just like it does for Harry. But you’re not that special. No one is.