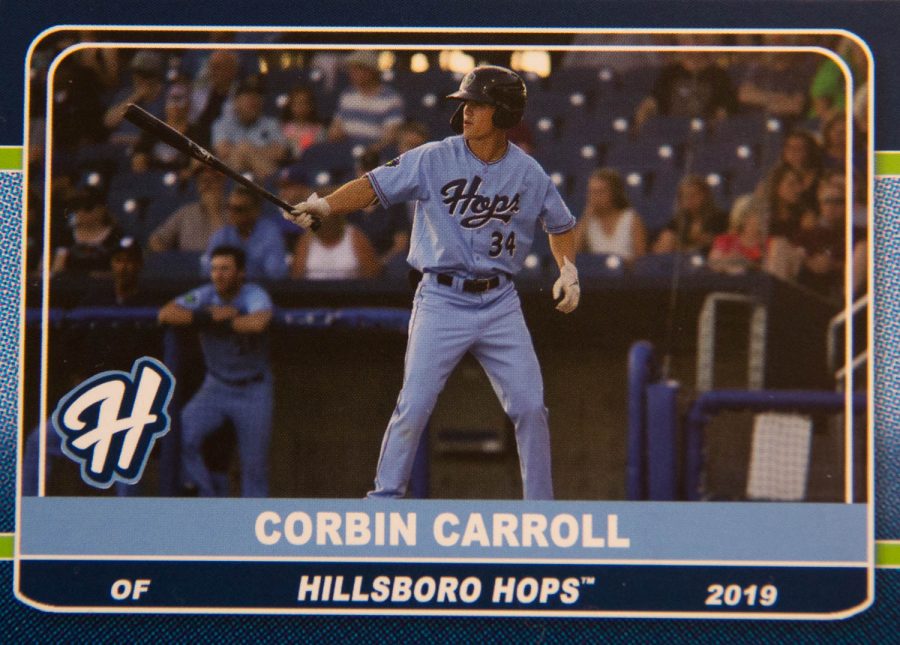 Lakeside has a legacy of producing students that go on to do great things. Corbin C. ’19 is one of them. Throughout his life, he has excelled at many sports, including soccer and track and field, but his true love has always been baseball: “There’s no feeling like getting on the diamond,” he says. “Whatever is going on off the field dissolves away the second you step on the field, leaving just you and your team to battle with the other.” Not only did he play for the Lakeside team all fours years during the spring as a center fielder, he also played for a variety of select teams across the U.S during the rest of the year. It is no surprise that he became Lakeside’s most decorated athlete, named Star Athlete of the Year by the Seattle Times and the first Lakeside Baseball player to be named Gatorade Player of the Year for Washington State. Just before graduation, in June of 2019, he was drafted to become a professional baseball player.

Many of you may be wondering: How does a student get to such a successful and professional level in sports in such a short amount of time? For Corbin, it was both a surprise and something that felt right. At first, playing professionally did not seem reasonable. Instead, he believed that he would continue on to college, per the traditional route. Baseball was only one of many sports that occupied Corbin’s time. Once he reached high school, however, he decided to take it more seriously, devoting more and more of his time to the sport. Opportunities started to pop-up as he continued playing. During the summers, he played for USA Baseball and in showcase tournaments; before long, professional scouts began to take notice. By the summer of his junior year, he had committed to UCLA, but his stock was rising with the professional scouts as well.

It was during his senior year that he decided to play professionally if given the chance. He got that chance in June of 2019, when he was chosen 16th overall in the Major League Baseball amateur draft with the Arizona Diamondbacks’s first round pick. To put this accomplishment into context, only nine players from Washington have been drafted in the top 20 in the last 20 years. Not only that, but of the roughly 140,000 eligible high school and college baseball players last year, only 1 in 100 were drafted. From those 1,500, only 15 were chosen ahead of Corbin. He joined the Arizona Diamondbacks of the National League with a $3.7 million contract.

In between his signing and the off-season, Corbin spent his time playing baseball across the United States, honing his skills and gaining recognition for his role on the team. Starting in late June and continuing into August, Corbin played a total of 42 games. His first 30 were with the Arizona League Diamondbacks, but he was then promoted to play with the Hillsboro Hops in August in the Northwest League, a short-season Class A minor league.  In 11 games at Hillsboro, Corbin hit four doubles and three triples, and finished with a .326 batting average, helping the team win the Northwest League championship. “As a manager, it means a lot to have this type of player,” Hops manager Javier Colina told a Seattle Times reporter in August. “He’s so special. He’s so talented. He doesn’t look like he’s 18 years old from how good he looks now and how good he’s going to be in the next two to three years.”

By the end of his already successful season, Baseball America—considered the authority on Major League baseball prospects—predicted that the coming year will be Corbin’s breakout year.

Although the new season does not start until late February, Corbin has been hard at work with his training after playing his last game in September. In the following months, he went to strength camps and worked with a personal trainer in California, and now is training at the Dominican Republic Academy in Panama. There, he practices with players drafted from all around the world. He notes that baseball has had a huge influence from Latino culture, and that he is glad to be able to train with such a diverse group of people, many of whom do not speak English. That is where his twelve years of Spanish come in.

At the Academy, his day usually starts at 1 p.m., and goes until 11:30 p.m. at night. The training sessions are packed because once the season starts, Corbin will be playing 140 games in the span of 106 days, which is very different than how sports at Lakeside are run. Since playing professional baseball is now his full-time job, he finds that it requires a higher level of commitment and that the relationship with his new teammates is not yet the same as those from Lakeside, where he was playing with close friends. When asked if the $3.7 million contract he signed has affected any of his relationships, both new and old, the answer is no. There may be jokes here and there, but to them, he is still the same person and always will be.

It is clear that even through transitions and changes in his career, his love of baseball and commitment to it has shone through, pushing him to be the best, saying: “I enjoy baseball because I’m a competitor to an extreme and baseball, being the hardest game in the world, provides that.”